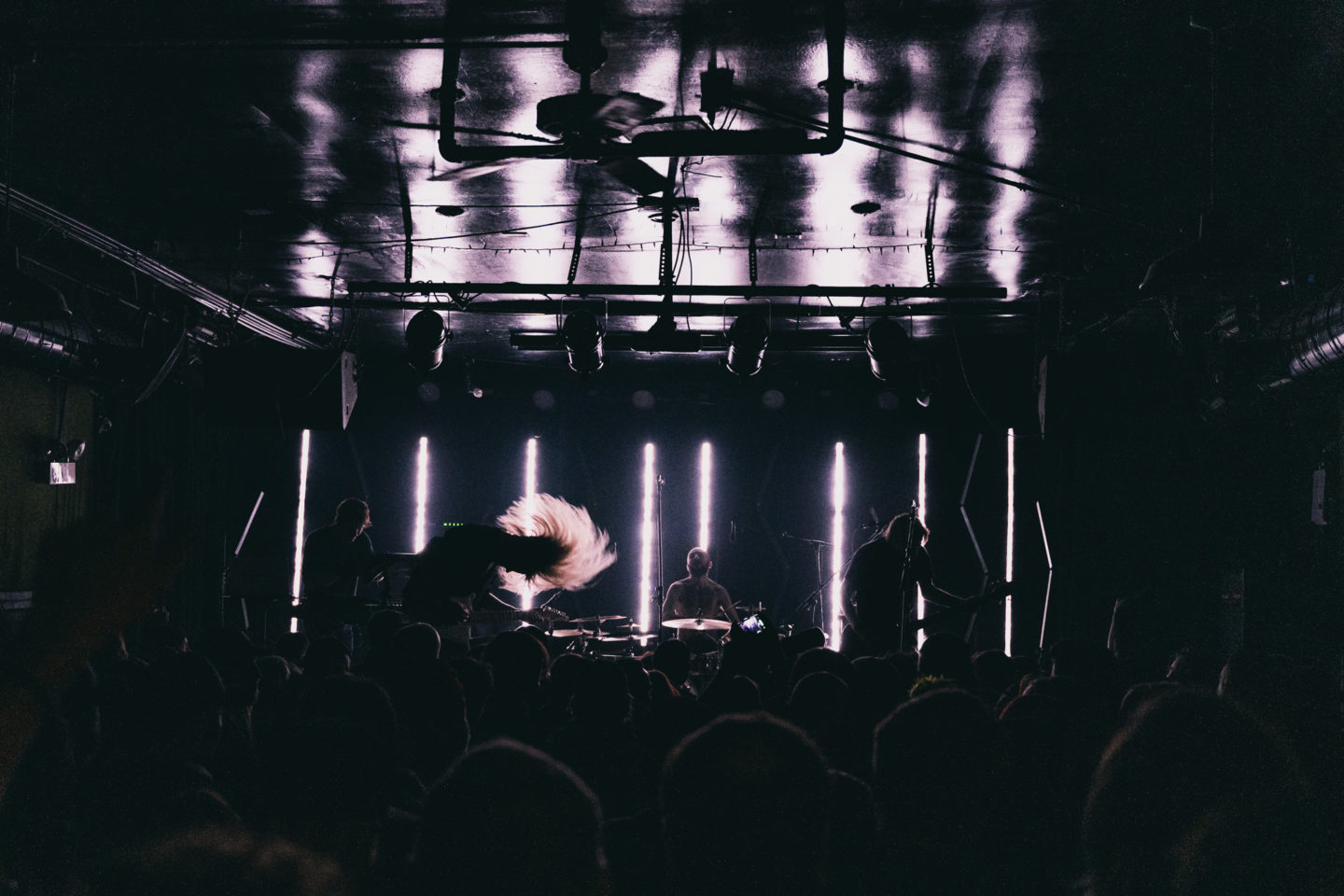 Eardrums rattled to the heavy melodies of Danish prog/melodic metal outfit Vola on a nippy evening at Chicago’s Beat Kitchen. Asger Mygind (vocals/guitar), Martin Werner (keys), Nicolai Mogensen (bass) and Adam Janzi (drums) led the packed audience through quite the music journey, ranging from massive uplifting choruses, heavy down tuned riffing, and lots of very intricate, quiet vocal breaks with minimal instrumentation. There was quite a dynamic push & pull to the show.

This is the very nature of Vola, which is what made the performance impressively engaging. The crowd focused it’s energy on the band and not the beer line. Everyone was drawn in. By the end, even a decent amount of moshing/bumping/jumping was occurring, including plenty of hands in the air and metal horns! It was so surprising to learn from frontman Asger Mygind, during one particular address to the fans, that this was their first tour into the U.S. So that made this show even more special, being only their 4th show ever in the U.S. and of course, their first show in Chicago. This band will definitely be back. And they will be on a much larger stage. Promise. We’ll be waiting.

Encore:
Whaler
Inside Your Fur

Up close and personal with metal fury.