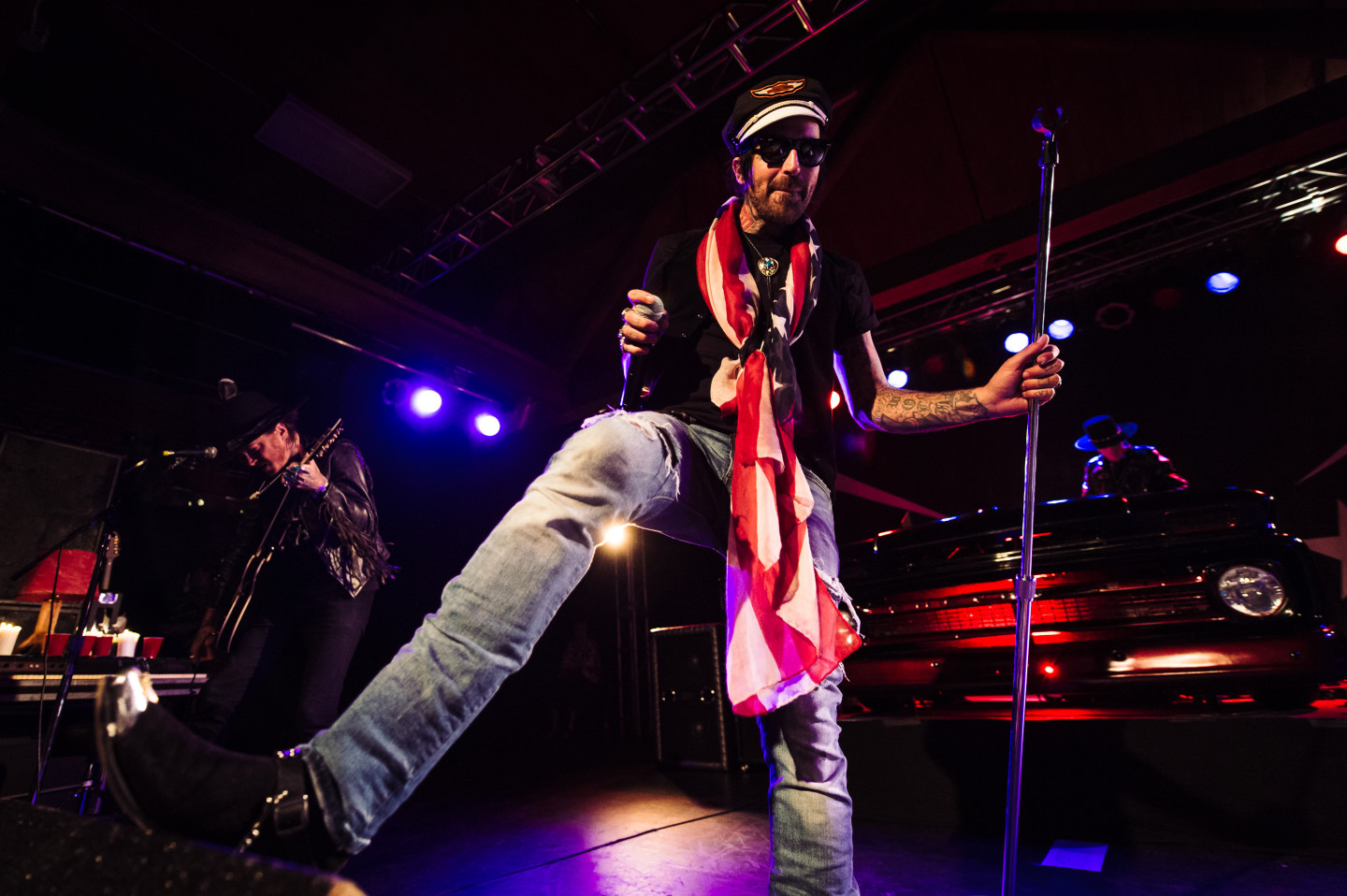 Never before have I seen so many concert goers in a venue strapped with VIP passes around their necks. All standing tall as their shiny laminates gleaned in the stage lights. This sort of fandemonium makes sense for an artist such as Yelawolf. Coming from a small town in southern America and hitting it big while still managing to be himself and say damn the man when it’s necessary to remain himself. It’s an legacy that people can comprehend and aspire towards. And apparently bonus points are awarded for those with tattoos.

As we waited in suspense for lights to dim and Yelawolf to get the crowds hands in the air, I couldn’t help but think how the Showbox SoDo smelled entirely too much like Las Vegas just with more weed. So bizarre. The stage setup takes rolling down the street with the top down and blunts blazing to a whole new level. The DJ booth was dropped behind the hood of a what I can only imagine is a Chevy. And just like the engine of a powerful driving machine, the turntables powered the crowd and the band with its beats and technical scratches. As low tones of what would typically appear in an epic movie portrayal before a major battle scene set the beginning for several of the songs, the crowd’s legs are crushed under the weight of these tones. The DJs scratching brings their arms to the air and Yelawolf’s lyrical stylings tie it all together. The guitar and bass might lead one to believe there was going to be some more common riffs throughout the performance. Rather it seemed that they were intricately adding to the DJs effects.

As someone who is fairly new to Yelawolf I am happy to say that the music is far more than just good ole American angst disguised as poetry. Sure, the man can rap. And he can yell. And he can do them both at the same time if he damn well pleases. But don’t leave too soon. Or else you’re gonna miss some whiskey-driven acapellas. Let Yelawolf be your inspiration to never let other people hold you down or determine your destiny. And if someone tries, follow the advice given during the show, “Middle fingers up! Middle fingers up!”