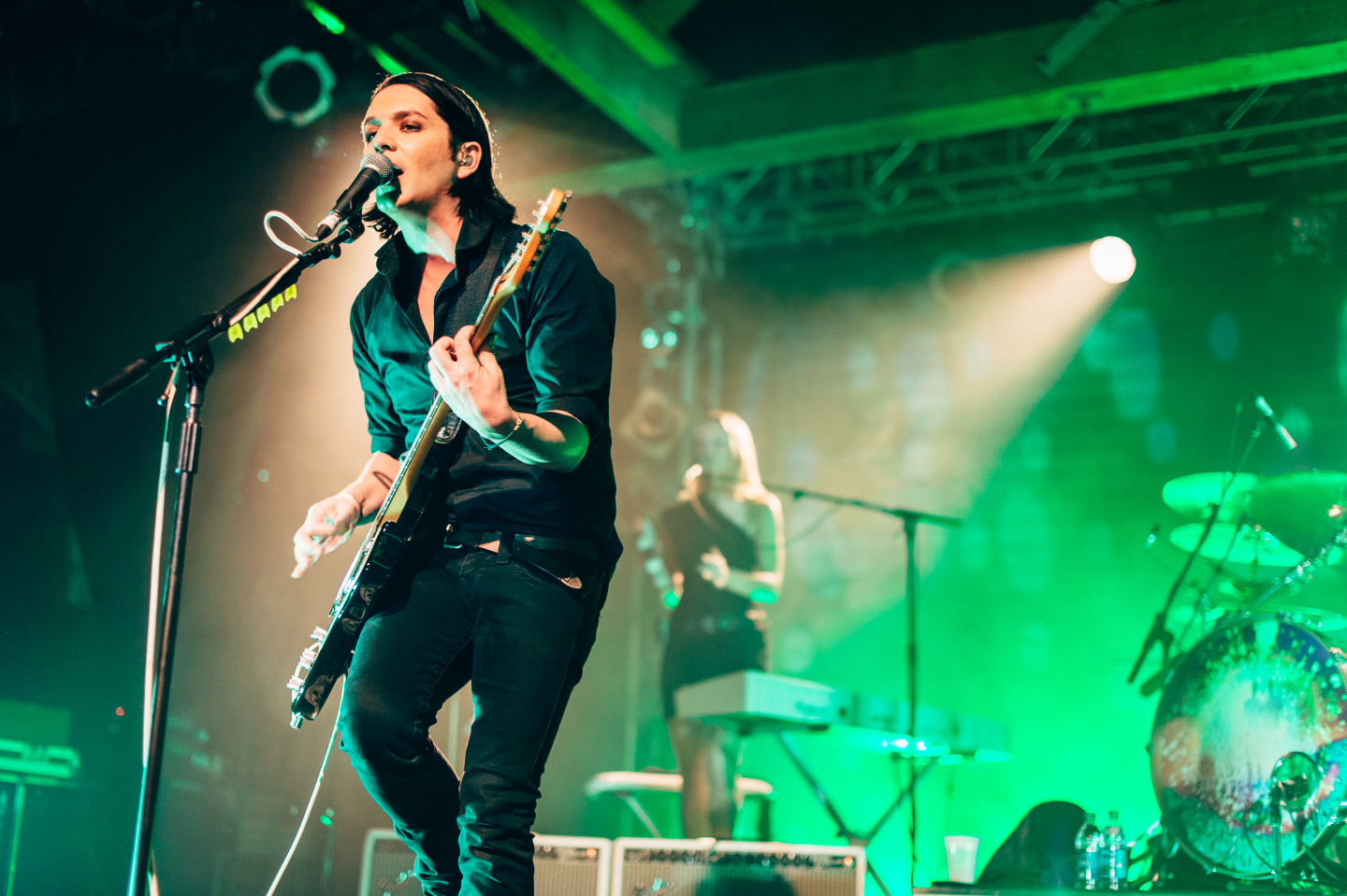 Black eyeliner, black skinny jeans, and a rainbow guitar… yup Placebo has officially taken stage, and the crowd couldn’t be more excited to see them. Each song started with its own set of applause. It was apparent that no matter the popularity of the song, each one resonated with a different fan beyond a surface level.

The ShowBox warehouse was the quintessential grunge blog scenery, from the brick walls to the red lighting. One of the highlights of the night was hearing the song “Too Many Friends” live for the first time. There is something very liberating being in a room of strangers proclaiming the lines “My computer thinks I am gay…”. As each song went by, I became mesmerized by the bands interaction and unspoken chemistry. Watching Steve Forrest maniacally play the drums as Stefan Olsdal worked his guitar was natural and yet obviously perfected. Brian Molko’s voice carried above their melodies beautifully, creating an interesting juxtaposition throughout the night.

To no surprise Placebo gave an unforgettable theatrical performance. As Danny Riggs, a self-proclaimed die-hard fan of Placebo said, “I have been listening to them for years, I can’t believe I got to see the band I grew up with.”