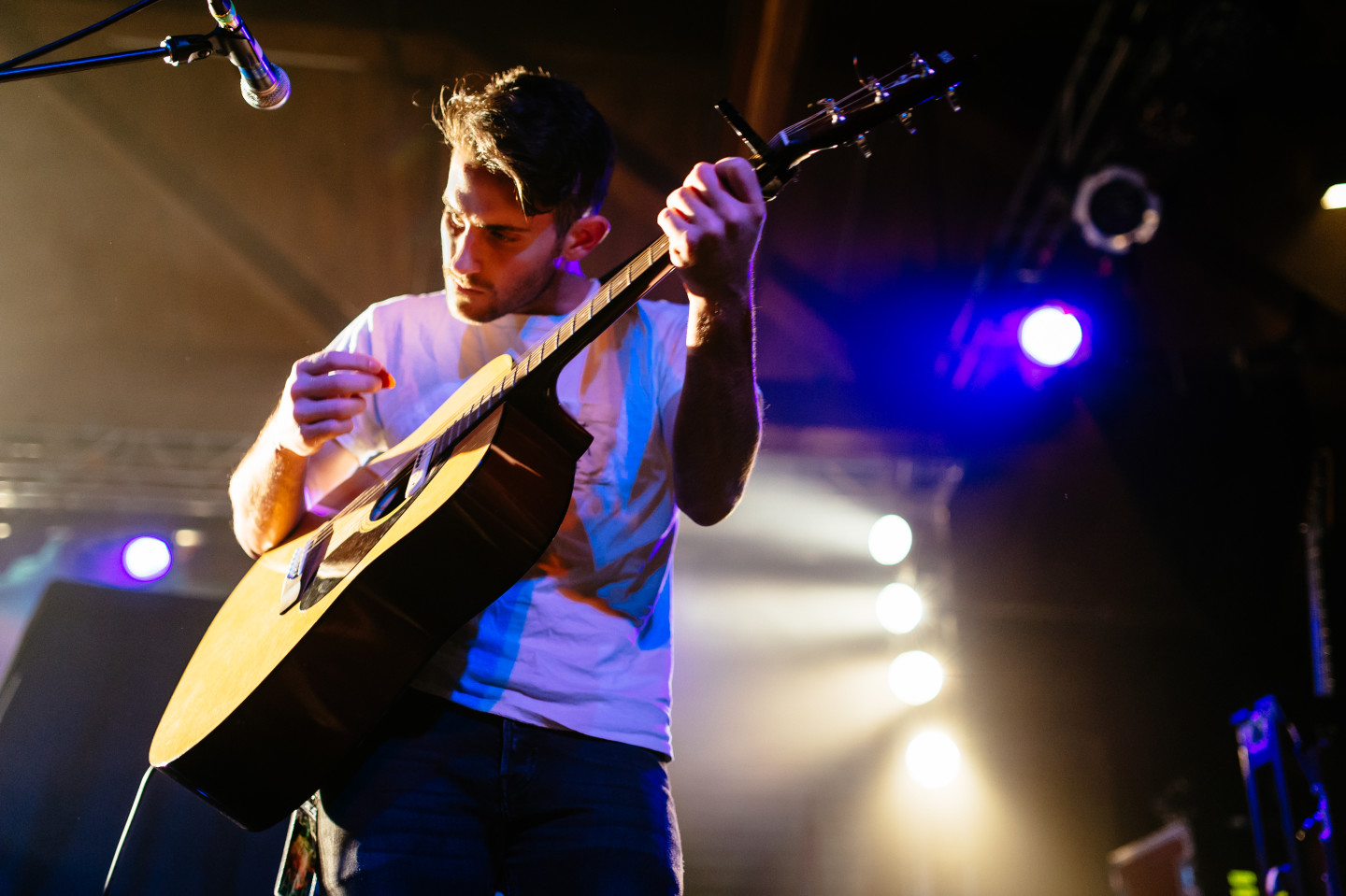 This indie-rock band’s name is synonymous to the mysterious energy they brought to Seattle Showbox. Their understated confidence is intriguing for a newer band that released its first album in 2011. Despite their fresh faces, dedicated Placebo fans knew they were in good hands, and gave full attention as the burning red lights filled the Sodo brick warehouse. Brandon Robbin’s voice effortlessly syncs with the keys played by Mark Garbett. This allows the sound of the drums played by Andrew Tolman to float between the two at a smooth pace. The mood elevated when the group sang their most popular song from the & album “Sorry”. It was as if the whole room came to the consensus that these guys were better than they let on, and maybe we had herd their music on Spotify that one time.

The Moth & the Flame created a perfect segue for Placebo while able to stay distinct enough to not be forgotten in the hype and build up of the main course. By the end of the set it was clear the group earned approval and curiosity.

The Dead South at Showbox SoDo

They had strangers hugging, people clapping and singing along