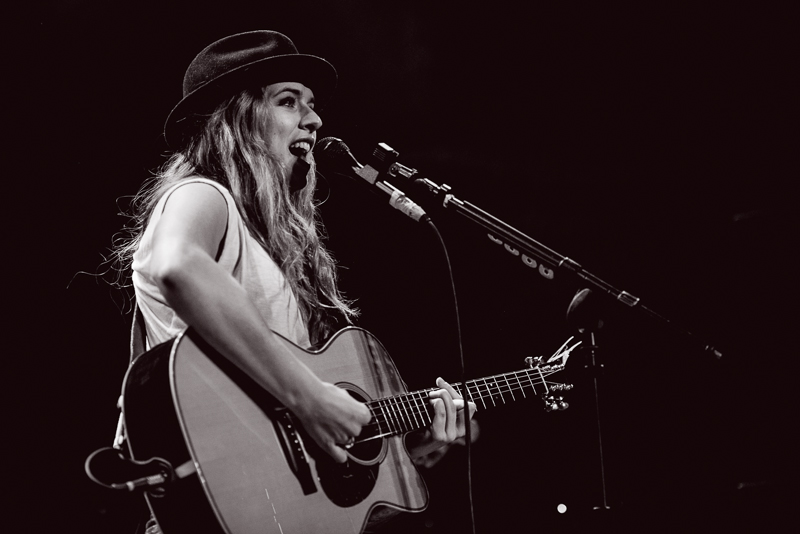 Oregon Native ZZ Ward sang to a packed  room at Chicago’s House of Blues, one of many stops on her Down & Dirty Shine Tour. Hot off the release of her debut album, Til The Casket Drops, Ward and a full band played fort the enthusiastic audience who knew the words to most of her hits, including the popular singles, “Put The Gun Down” and “365 Days”.

Ward’s brand of blues-infused pop is also heavily influenced by elements of soul, funk, and hip-hop. It is catchy and accessible, which explains her rapid rise to fame since releasing the album and an EP in 2012. The singer-songwriter began playing with her father’s blues band at the age of 12. Since relocating to L.A. and signing with Hollywood Records, she’s collaborated with other songwriters and producers such as Kendrick Lamar and Fitz of Fitz and Tantrums.

Ward’s songs are pleasing though not groundbreaking and her voice is rich and well suited to the blues overtones of the instrumentals. The band behind her was comprised of a talented group of musicians that made the songs come alive and she often joined them on guitar or keyboards. The opening acts of Wild Feathers, James Bay and The O’ My’s garnered lots of fan support as well. The O’My’s played a particularly impressive and entertaining set earlier in the evening.