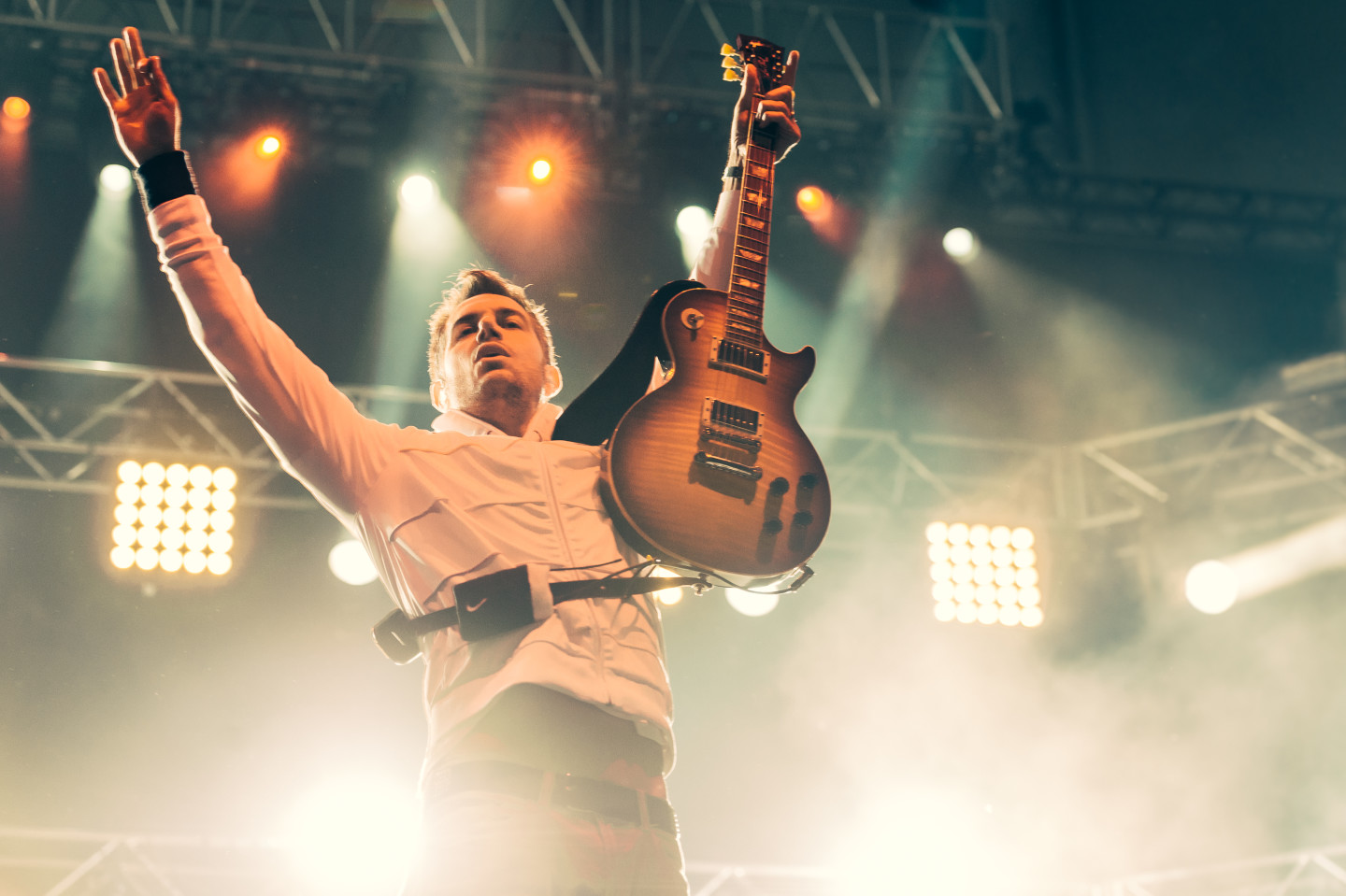 There was a haze over Chicago, but not a repressive haze. The usual melancholy that comes along with overcast skies didn’t seem to be affecting the gathering crowd, maybe because everyone was high from smoking during Cypress Hill’s set, and definitely because everyone was high from smoking in preparation for 311’s impending set. Weed jokes aside, it is impossible to be in a bad mood when you are about to see 311 live, and that’s sort of the point.

They may get pretty heavy and aggressive sometimes, but 311 is all about having a good time with your fellow humans, and that message came through pretty heavily throughout their hit-laden set. I mean, come on, it’s called the UNITY Tour for a reason. No, it didn’t get as love-each-other-with-flowers-everywhere as the more festie festivals, but it was about as positive an atmosphere as you can get with that many flat brim hats. And they even got a little jammy with it sometimes, with guitarist Tim Mahoney having a couple longer solos and a sit-down solo bass jam from infamous bassist P-Nut.

Musically, 311 live is exactly what anyone who knows anything about 311 would expect. It’s really fucking awesome. They sound pretty much exactly like their records and have the great stage presence one would expect from a band that has been doing this as long as they have. Martinez’s voice was as excellent as his shirt was sweaty (from all the constant bouncing and robot dancing, you see), and Nick Hexum’s pipes were solid too. I was worried about Nick based on some past experiences, but besides a couple errant notes early in the set, he was doing it right.

311 play very well to their audience. All us Chicagoans are still high on the Blackhawks winning the Stanley Cup, so they made sure to make the right pandering gestures, like P-Nut wearing a Hawks jersey for a couple songs and dedicating a song to the hometown heroes. I don’t remember what song it was, but they also changed the words to insert “Chicago” in there, and we all sure ate that shit up. It tasted delicious.

Another tasty treat was the group drum jam. My only problem is that they’ve been doing this group drum jam for years, and now every indie band at every festival now inserts a jungle drumming session into their set. It’s losing it’s novelty, so while they execute it very well, it’s like, “Their all drumming now. That’s cool,” and not “Holy balls dude! They just rolled out a standing drum setup!” But 311 at least deserves credit for being one of the first to make it a “thing.” But everybody expects it now, so if they didn’t jungle it up, they’d probably have a lot of disappointed people.

From the looks of it, there weren’t many unsatisfied customers. Besides them not playing “Beyond The Gray Sky,” I was certainly sated. Both the perfect summer anthem sing-a-long of “Sunset In July” and the MONSTROUS rendition of “Creatures For A While” to close out the show were undeniably badass. The beautiful harmonies on “Amber” gave me chills. And the audience was really employing the whole “good time with your fellow humans” thing which really pushed me up and over into that 311 mindset.

That positive mindset is so important to understanding and enjoying 311, and they make it so easy to get it. You look at them up on stage and they’re just so obviously having a great time. It looks like they’re not even really trying to perform. Of course they are trying, but it just looks so natural, like this is just how they party.