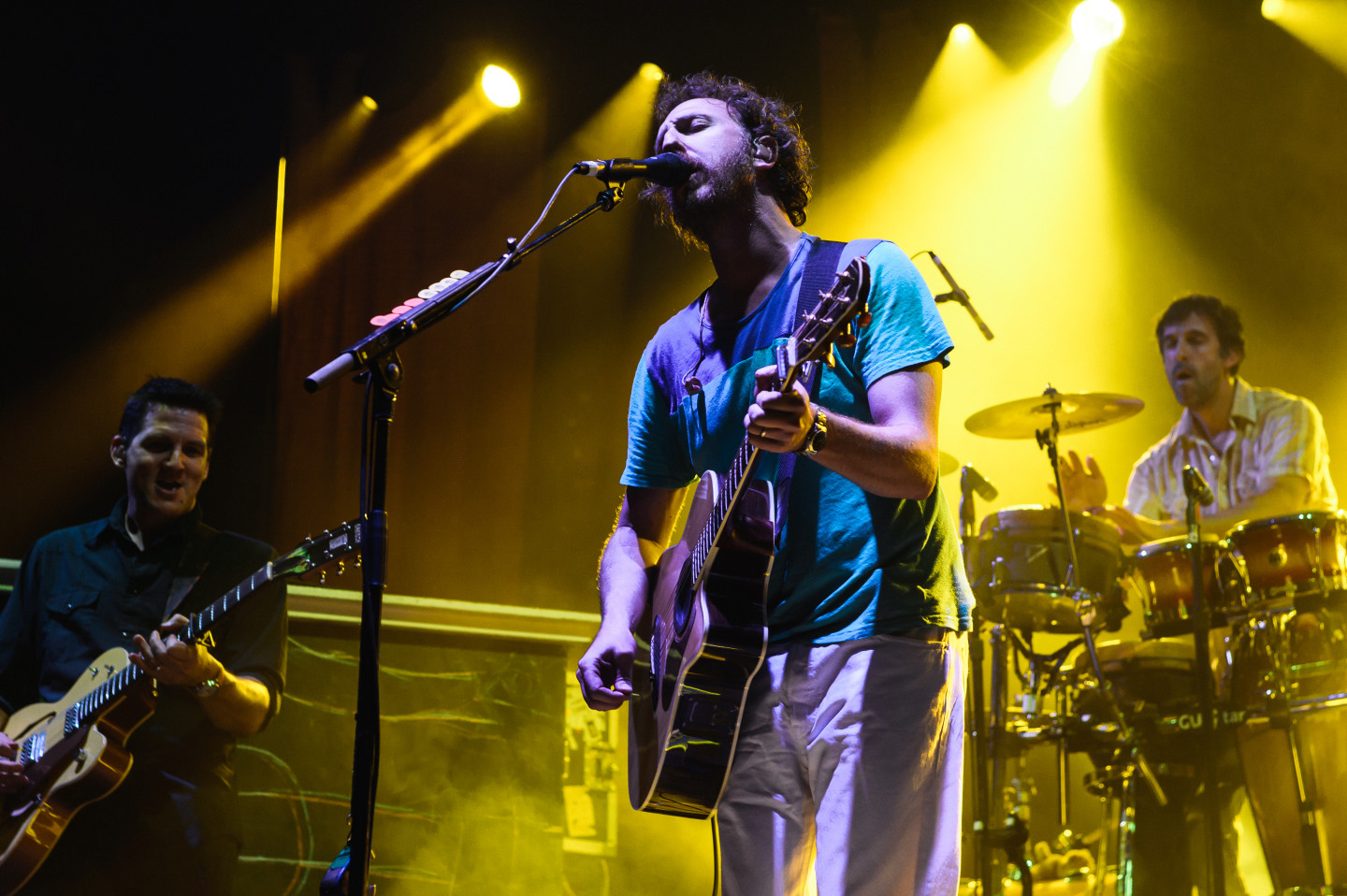 Guster has been rocking out to the masses for over a decade. Headlining arenas, performing festivals and tonight they are the opener… The night has all the makings for a blockbuster. Anyone who is a fan of their style of music must have been so anxious for this night to come. Their ticket for a show that staged Guster and Dispatch promised roughly 2 hours of musical perfection to some. With all the experience in their back pocket, they know exactly what they are doing at all times. In no way was the crowd off the figurative edge of their seats. (Get it, because no one was sitting. So it’s figurative.)

I’ve seen Guster once before and honestly the second time around watching Brian Rosenworcel play one of his drum sets with his bare hands was just as shocking. My hands were throbbing just witnessing it. I can’t imagine the sensations he actually goes through. Keeping on the visual element of their performance, the lighting helped enhance every musical moment. During guitar glissando the stage lights went from pitch black to full blast. With every low register keyboard strike, the backstage lighting flashed like an exploding star. And the manipulation of moments didn’t only happen with the lights.

During “One Man Wrecking Crew” the intertwining of guitar and harmonica was masterful. This clearly isn’t their first rodeo. What I found absolutely great about their live performance was the simplicity. They didn’t need to play finger blazing, ear melting solos (yes, I know that isn’t their forte), but they make high impact moments through small motifs. The guitar-harmonica duo is a prime example of that. Neither buried the other and each response to the other elevated the performance. They put their musicianship front and center and it pays off. From playing multiple instruments, to dipping into various genre influences, they flexed their musical muscles.

I think the guys in Guster may have had as much fun as the dancing, floating audience did. From smiles across the board, to engaging the fans in conversation at each opportune moment; they were into every second of entertaining Chicago. Wanting to be there is only half the battle. Knowing what you’re doing is the other (and obviously most important) half. They do, and they know it too.