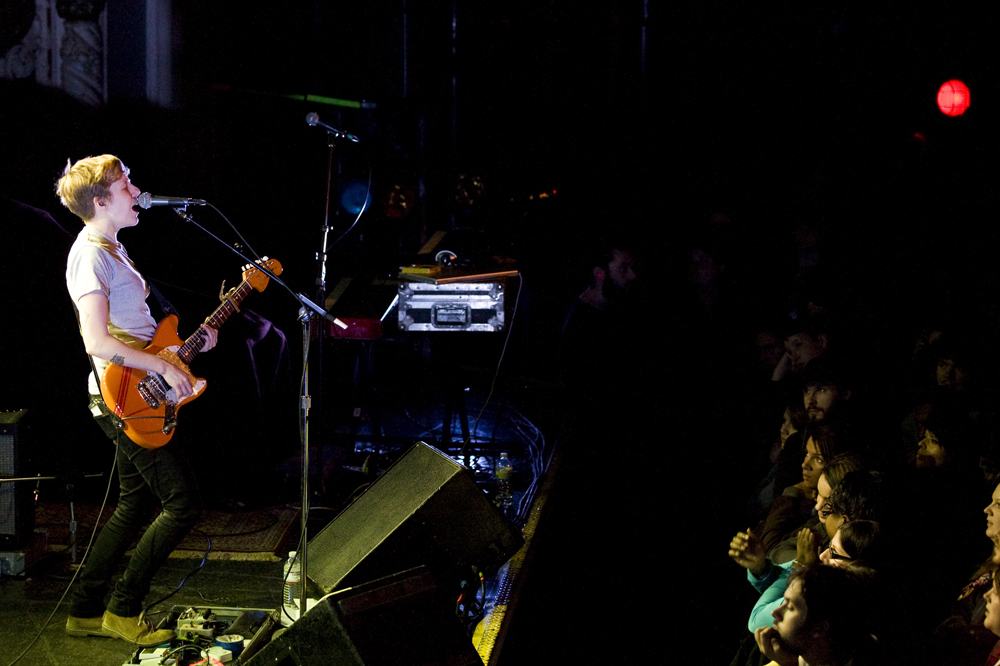 An Horse at Metro

An Horse is an band that, based on appearance alone, looks like they would be more comfortable playing open mic nights at rural coffee shops than a sold out rock slot at Metro. And then the first note of the set reverberates straight from one of their adroit hands into your bones. The duo might seem diminutive – even demure – in appearance, but the sound is nothing short of grandiose.

The sound vacillates between intensely calm and anthemic. The vocals lilt and grate (sometimes simultaneously) as they get peppered with sexy Australian accents. The lyrics are catchy but still meaningful. It’s got a bit of a rock / pop punk vibe, but it’s presented in a streamlined lyrical form more common in power pop. An Horse is the best of all those worlds.

There’s a genuine quality that has become practically extinct in the modern musical landscape. Damon and Kate sound the same on stage as they do in front of Wrigleyville Dog and in YouTube videos. There’s no Autotone, no unnecessary, over-the-top reverb that bastardizes their tonally unique voices. You can feel it when you watch them play or talk to them. There’s still a passion in both of them. So much so that the only time you’re likely to see their eyes open is between songs when they’re bantering with each other or the crowd.

Is it indie rock? Maybe, but even that loosely defined term doesn’t really seem fitting. Is there a chick singer? Yes, but don’t make the mistake of calling this chick rock because this Lilith Fair. It’s larger than life, hard hitting, genuine rock music with catchy lyrics and the occasional f-bomb. It’s rock music for too-tight hipsters and acid-washed dads. It’s for women who like women and the men that love them. It’s rock music even your mother would enjoy. It’s rock music for everyone.