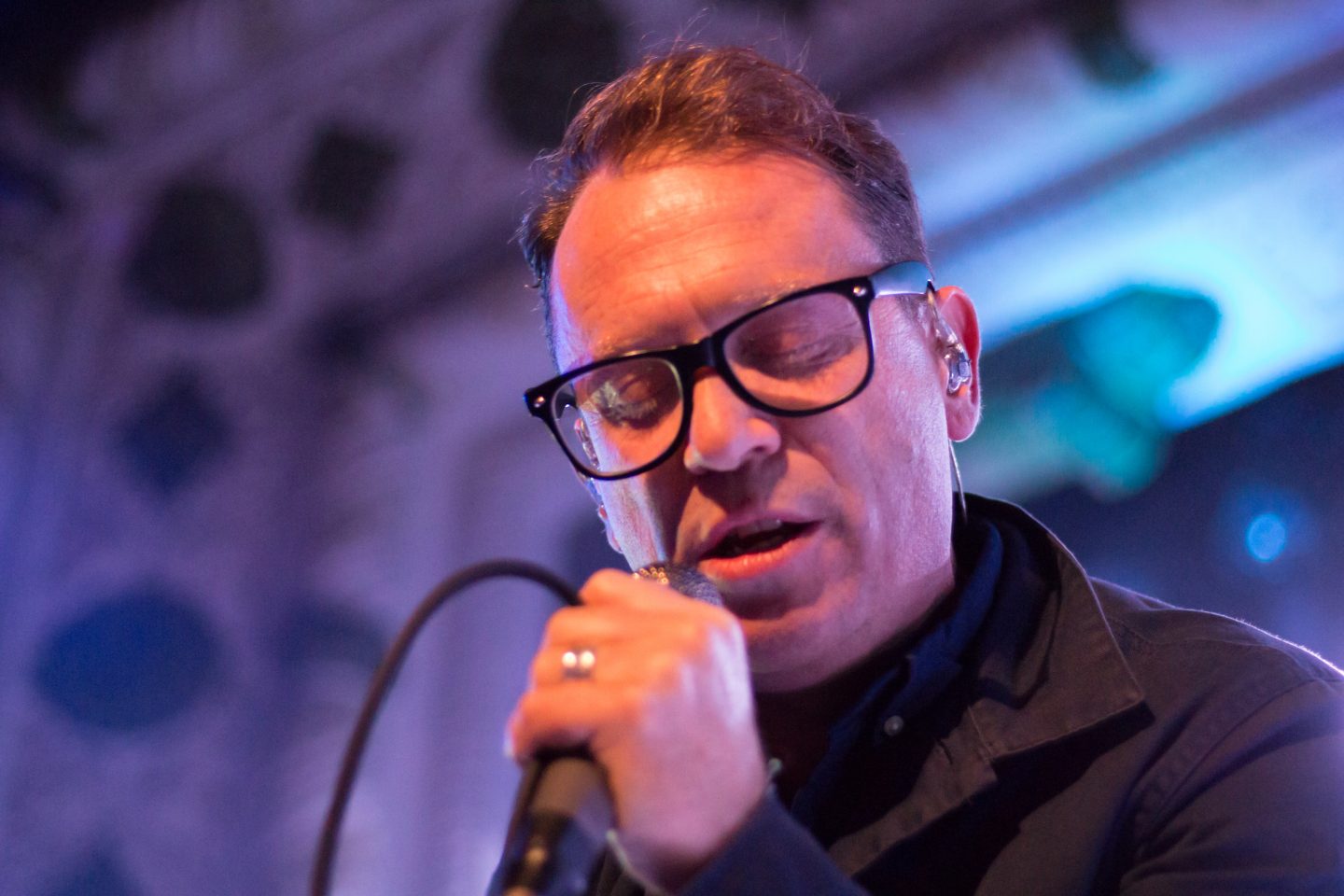 The cream colored guitar on stage had a stair stepped headstock with a D shape logo. That’s a Dusenberg. It’s a very special guitar. I knew the sound was going to be amazing when Stars would take the stage a few minutes later.

This band is intense and there’s no corner in the venue that was left un affected. Torquil opened the show starting with lyrics from Fluorescent Light. Not much longer after the start, Amy is carrying on the remainder of the lyrics and then boom, right into the chorus. The sheer energy from the crowd carried on through the whole show.

It can sometimes be difficult to read a band, but this band was inviting and seemed to yearn for the camera. They put on a performance and aren’t afraid of the energy being captured on film, err, memory card. It was a joy to be at the front of the stage. Torquil has a knack for entertaining and when he pulled out the Fisher Price radio / microphone, I thought that was so clever. His bag of tricks didn’t end there as he also used a melodica during “Your Ex-Lover Is Dead.” I had to Google “Blow Piano” to get the proper name and to be fair “Blow Organ” did come up as an alternative name for melodica.

Throughout the night I realized the flexibility of having multiple singers in a band as Torquil and Amy danced and belted out lyrics both solo, and together. This indie powerhouse took the crowd into their hands, will you be next?