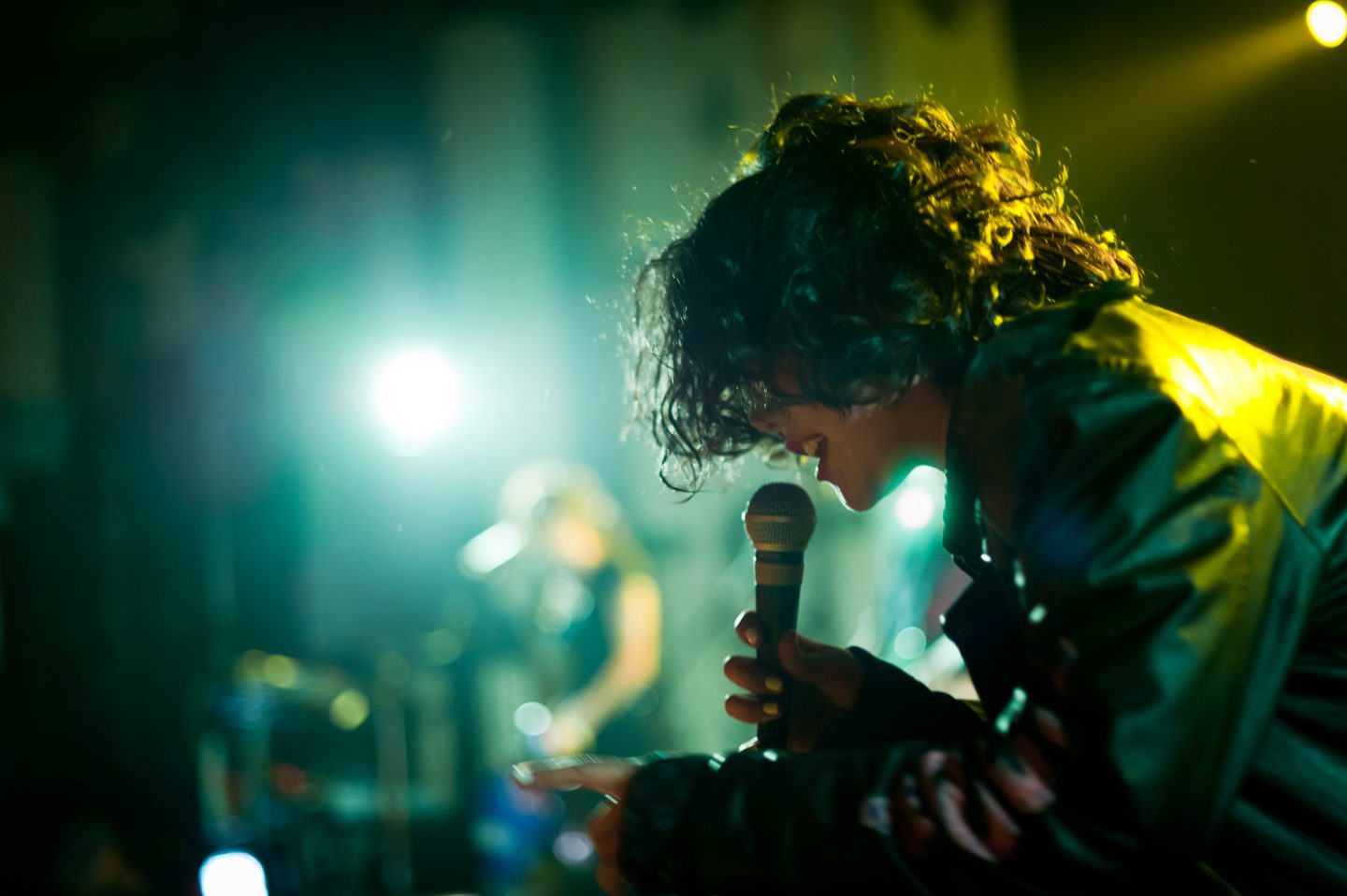 What do you get when you combine the makeup of KISS, Lemmy’s strut and Brian Johnson’s growl? If you’ve never seen CSS live, the answer might surprise you. It’s not any of those three renowned men of rock. In fact, it’s not even a man. The correct answer is Lovefoxxx (emphasis on the triple-x), the enigmatic front woman of CSS.

The other thing you need to know is that CSS live and in person doesn’t sound quite the same as they do recorded. The suggestive lyrics and anthemicly catchy tunes are completely different when they’re being driven directly from the stage into your brain with four guitars, keyboards and a drum set complete with cowbell by at least four different women. And let’s not forget about the aforementioned Lovefoxxx.

As she struts around stage with a words-not-necessary “I am front woman, hear me roar!” cry wearing a leather jacket with crazy hair and eye make up, it makes sense. Lovefoxxx is Michael Hutchence, Freddie Mercury and Bon Scott reincarnate in female form. If you needed any proof, all you had to do is glance into the front row of the audience at the start of the second song to see her flailing gracefully in line with her rabid fans. Observing the ever expanding pile of clothing she continually seemed to be removing would have led you to the same conclusion.

As the band takes the energy from a seemingly unsustainable energy level to something a little more normal between songs, Lovefoxxx made the night even more special. “This is the last show of the tour. It’s also the best show of the tour.” The festivities also happened to conveniently fall on the same day as Guillermo’s birthday. What birthday would be complete without a particularly energetic rendition of “Happy Birthday?” And that’s how Guillermo ended up wearing a paper hat.

After the birthday celebration drew to a close, strobes flickered spastically taking everything in and out of complete darkness. Focus adjusted, eyes dilated, the lyrics “as loud as can be” rolled off Lovefoxxx’s tongue. However, it’s plain as day that she’s clearly lying. Don’t get me wrong, it’s loud as shit, but if she turned this shit up to 11 all of our heads would explode. If the gratuitous groping and gyrating going on in the crowd was any indication, CSS’ music was a lot of peoples hot, hot sex. In short, it was the best possible way to celebrate the rapture.