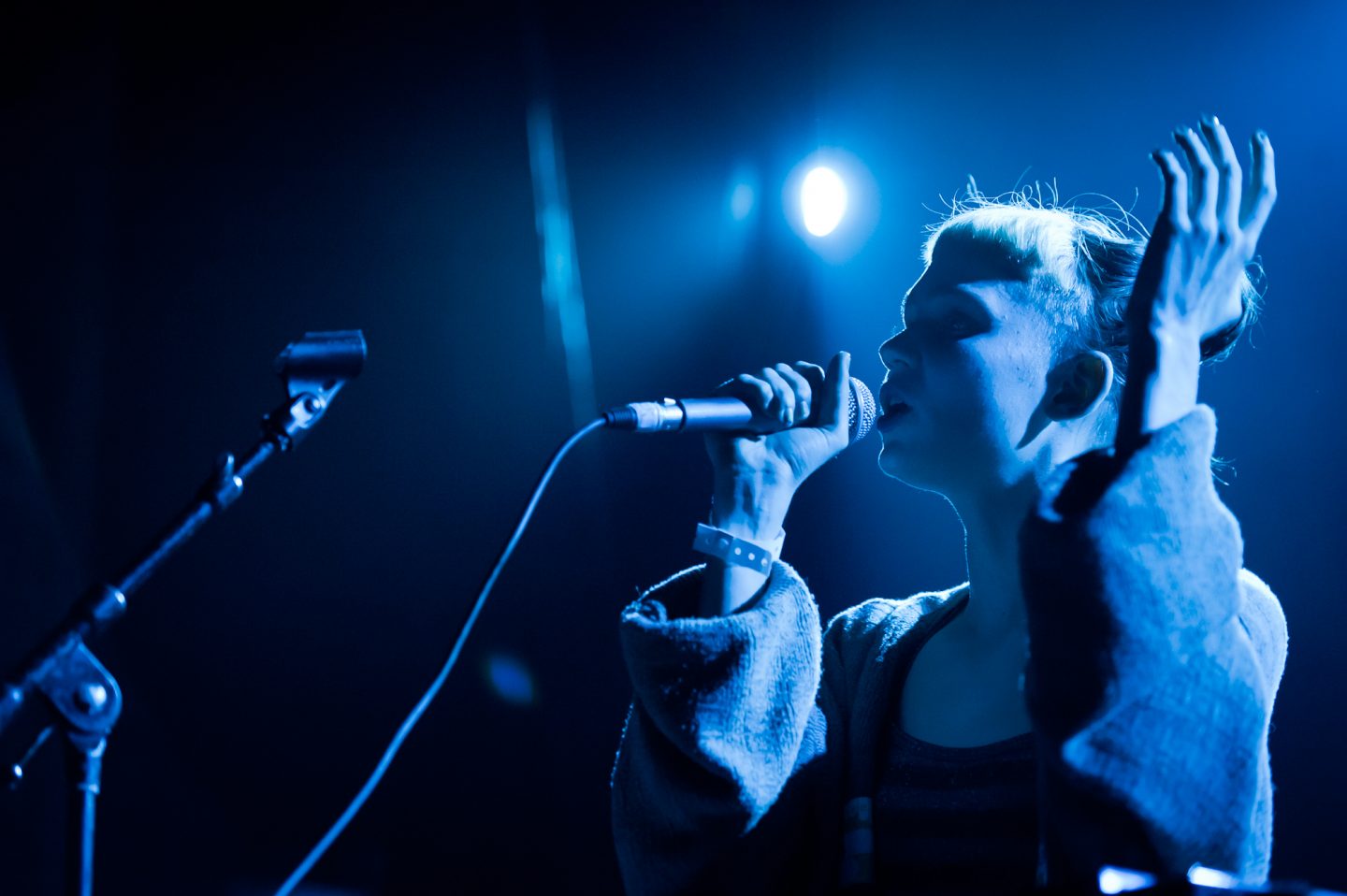 When Grimes (otherwise known as Claire Boucher) walked on stage dressed in what can only be described as homeless hipster chic, no one knew who she was. Everyone knew she was the supporting act for Lykke Li, but the audience hadn’t yet filled out the more than ample space available on the floor. Claustrophobically surrounded on every side by myriad electronic equipment, Grimes set about making herself memorable to the audience for a reason other than being the perfect supporting act for the current Swede du jour.

The sound is hypnotic. It’s layer upon layer upon layer of vocals and synth beats expertly mixed into a final product that’s both haunting and ethereal. But at times, the noises that leave her mouth are better described as nonsensical infant audio regurgitations instead of lyrics. Some level of this is due to the fact that she insists on singing in a fake baby talk voice. Coo would be an apt description.

Even feeling like the parent of a very angry newborn isn’t enough to sour the performance when combined with her emotional attachment to the music and the fantastic club style beats that pulse like the heart of a separate living being.