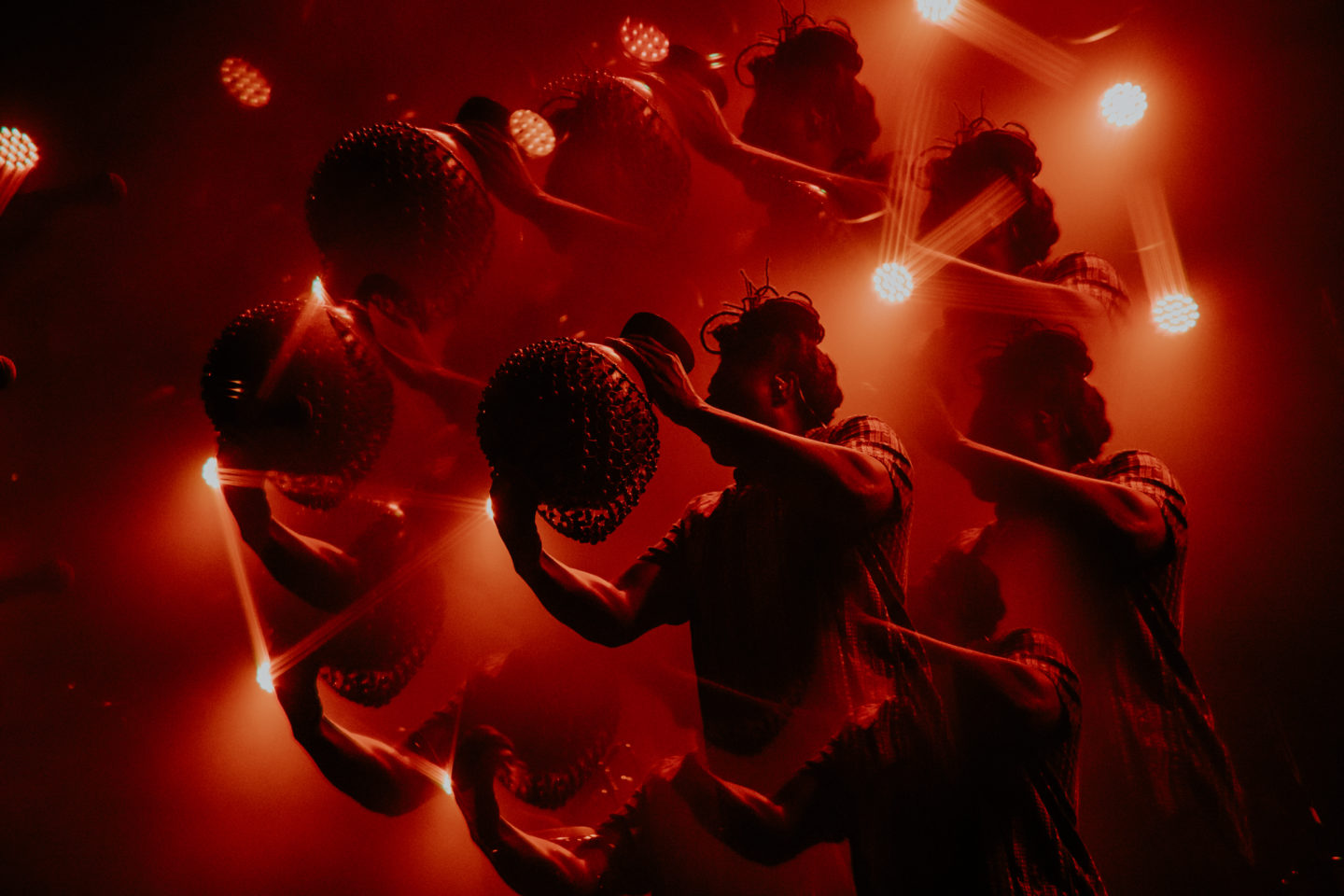 Antibalas came out onto the stage of the Commodore Ballroom in a swarm, the audience instantly filling the floor before the 11 members of the band had time to pick up their instruments and take to their respective spots. They immediately dropped into it, lights down low, beginning the show with a slow vibration, the sound of hands-on drum skin, brass, and keys gently joining in. Everyone’s hips began to move. The lights dimmed all the way down and the band members took a moment in a dramatic pause before the sound broke, the stage lit up, and the crowd went wild.

All evening, for two hours straight, Antibalas played music you couldn’t help but shuffle your feet, sway your hips, shimmy your shoulders, or generally groove along to however you do. Their ever-changing Afrobeats kept me dancing to the music, if you know what I mean, my hips moving with the dynamic sound. And it wasn’t just me. There’s nothing quite like an audience that’s engaged – no rise, dip, or pause was missed. Every low was met with a cry for more, and after most songs, the crowd cheered out as if we were at some sporting event and the group had just won in overtime.

The group metaphorically passed the baton around the stage all evening, taking turns taking the lead. Playing almost exclusively instrumental pieces throughout the night, much of which is work they created during the last two years. At one point, a member of their brass section put down his saxophone and picked up a flute, pulling it apart and playing only with the head of his flute, creating a vibe akin to a snake charmer, complete with leopard print shoes, a short sleeve tropical button-up shirt, and a safari hat.

Their beats had me transported out of rainy Vancouver, feeling like I could have had an unmarked and scratched up, reused bottle of beer in my hand at a beach bar somewhere across the Atlantic, or dancing in a cobblestone street sipping on a caipirinha. However reality wasn’t so bad either: looking around the beautiful Commodore Ballroom, were people of all ages and all walks of life, simultaneously dancing to a collective rhythm in unison, and yet each to the beat of their own drums.

If you have a chance to see Antibalas live, take it. Get on the dance floor, grab someone’s hand and wrap yours around their waists, or find your own spot to dance and shimmy those hips along to everything Antibalas lays out for you to enjoy.