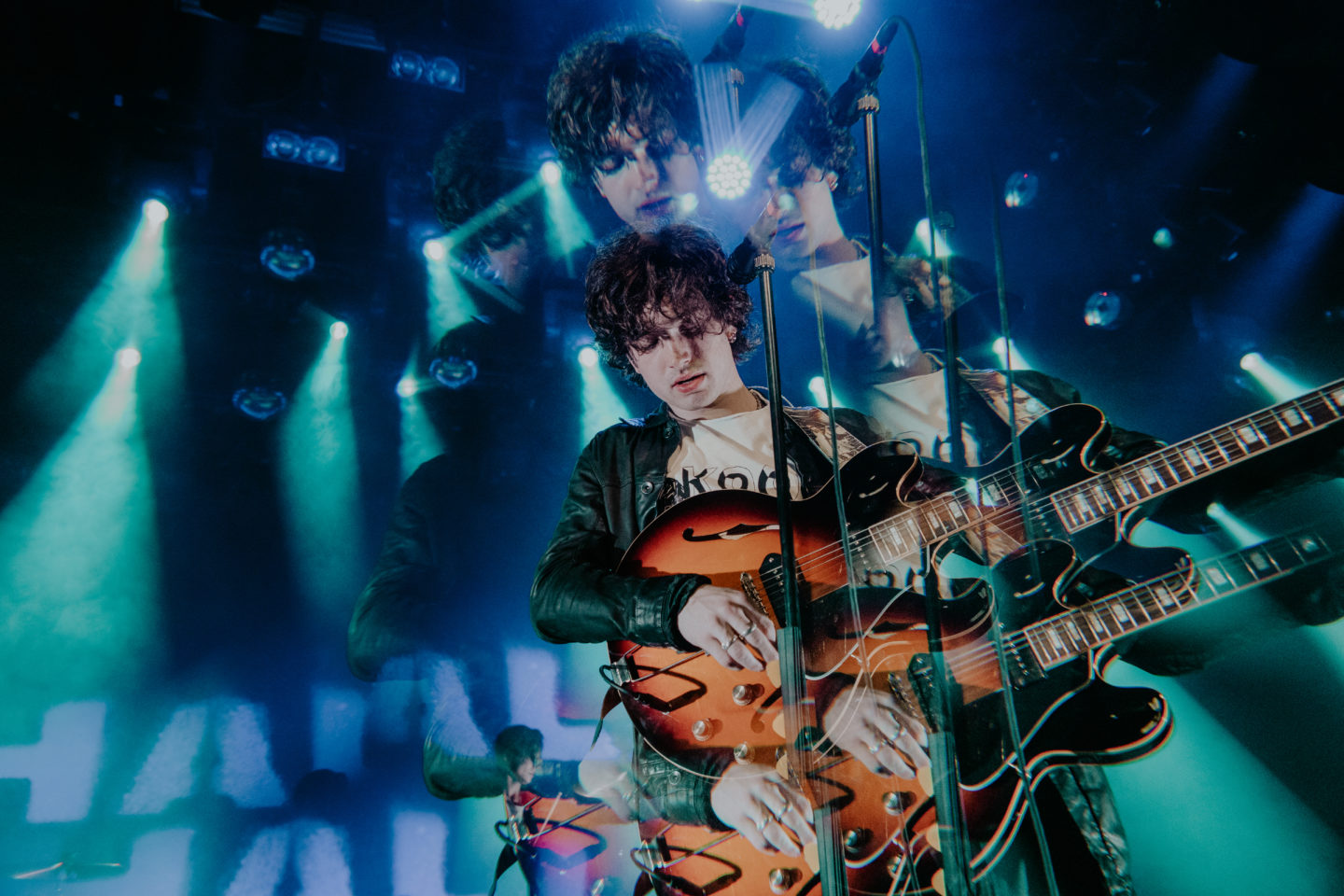 With the lights down low and the bass way up Inhaler took the stage to an adoring crowd at Vancouver’s Commodore Ballroom. These young rockers knew what they were doing from the first note of their opening song “It Won’t Always Be Like This.” They had their audience eating out of the palms of their hands. The floor was full of a crowd that was clearly ready to rock, and Inhaler rose to the task. The energy in the first two songs was palpable. There is a layering that happens in their music, that adds to the group’s poppy flair. It was fun; it was danceable, and that was just what the Commodore was waiting for.

Lead singer Elijah Hewson led the night by interacting with the crowd. He showed his vocal range throughout the rise and the fall of the evening. He was as aptly comfortable in raucous, punk-inspired songs, as he was playing the slower balladeer. His backing was bolstered by his fellow bandmates. Josh Jenkinson’s lead guitar added texture to each song’s overall feel, while Robert Keating’s bass laid the foundations with his consistent lines. Touring with them was also keyboardist Louis Lambert who built the ambiance with his dreamy synthesizer work. Not to be forgotten, however, was drummer Ryan McMahon, who was high octane, but always clean and articulate throughout the show. If you don’t do the math, you could assume that this group had been doing this for decades. They are natural performers and a tight team who consistently brought their A-game throughout the whole set.

It was during their performance of “Ice Cream Sundae,” a pop-influenced rock song, that brought forth the perfect metaphor for their stage presence. They are “easy as an ice cream sundae” in the best possible way. Their attitude, their performance, their music is joyful and comforting, like a sundae shared with friends. It is infectious, and if you do not find yourself with a smile on your face after giving them a listen, then you simply don’t enjoy fun, and that is what an Inhaler show simply is, fun.

When the band exited the stage, the house music started playing, and it was hard to believe that it was all over. With this tour being for their debut album, it was exciting, for once, not knowing if an encore was even possible. Due to the crowd’s insistence, the band made their way back out, apologized for their lack of discography, and said they’ll play their first of the night over again.

It was a rare moment at a show where you just saw a band excited to be cared for so much. Not having an encore in the back pocket, because that’s what you always do, or saving their radio hits for the end to be shouted out by adoring fans, was a sincere moment of appreciation. It was honest and real, a great bookend to a great night.