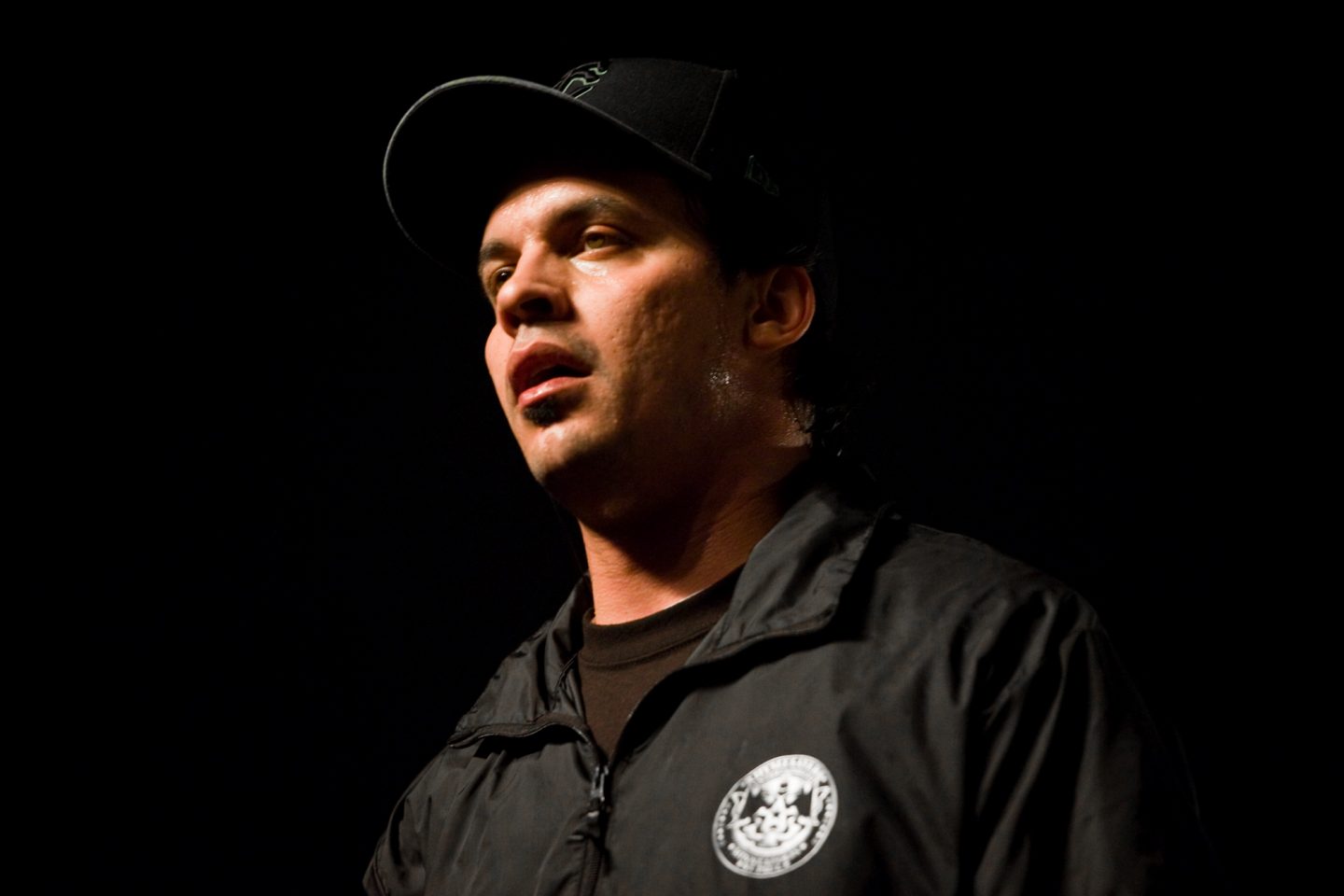 Atmosphere at The Congress Theater

With a flow even Always couldn’t control and a delivery more perfect than even Jimmy John’s, frontman Slug led Atmosphere in a tour-ending tour de force that left everyone in the Congress changed. As the album title says, “When life gives you lemons, you paint that shit gold.” If life gave Slug and the rest of the guys in Atmosphere lemons, they didn’t just paint that shit gold – they painted it platinum. The unique performance at the Congress was littered with profanity (he might be the only person more attached to the word “fuck” than I am), fueled by emotion, filled with drunk people, and completely, totally enthralling.

People draw parallels between Eminem and Slug all the time, but there are more than a few reasons why these parallels aren’t mathematically – or musically – correct. Sure, they’re both famous rappers/emcees/lyricists (pick your poison), but Slug creates an emotional (sometimes even intellectual) connection with each and every person in the audience that isn’t entirely based on anger. Factor in the keyboards, the samples, and the guitars and it’s very clear that Atmosphere is more than just the side project of an emcee with a message… it’s a group, a collective, an experience that just happens to have an orator that delivers rhythmically instead of crooning. And yet, somehow, in the way only Atmosphere really can, everything still sounds melodious.

The loudest, most raucous, most drunk audience we’ve ever seen ate up every minute of the performance with clapping, bouncing, and scissored hands held high. No one was in the smoking section. No one was in the beer line. No one at the Congress that night ever even considered being out of ear shot of Atmosphere. That’s kind of a big deal when you consider the size of the Congress and the fact that it was shoulder to shoulder packed.

The show ended with this message from Slug, “This is your community. Right here. Get out the house and enjoy yourself. We all in this shit together right now. This is as close to church as most of us get. Chicago – we love you.” The show was dark, yet luminous; angry, but melodic; emotional, but involved. At the end of the day, it felt more like a huge family gathering than a concert.

Take care of each other.

Erasure at The Congress Theater