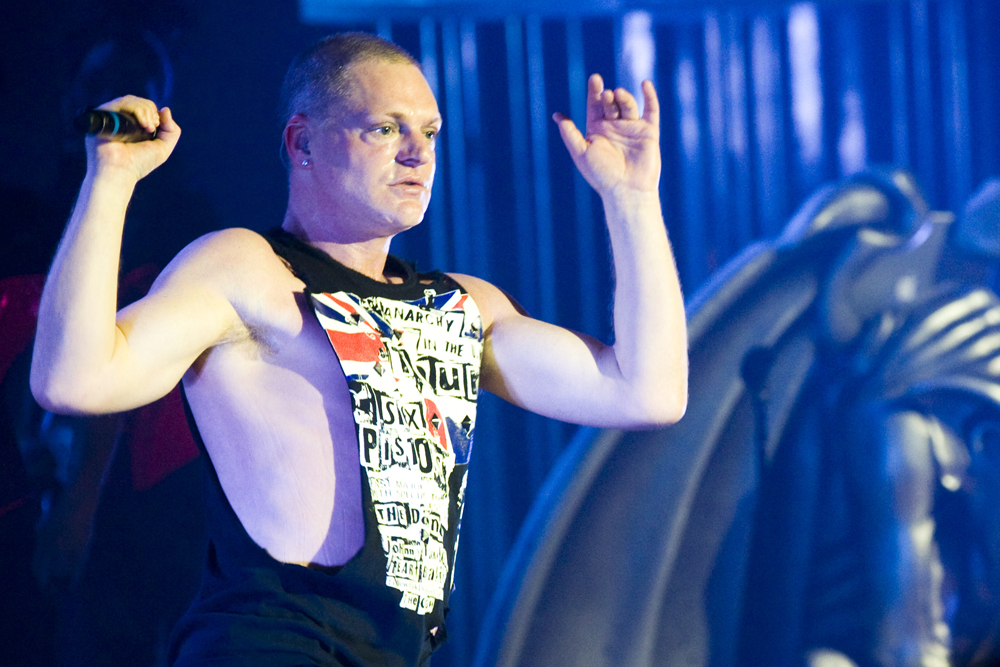 Erasure at The Congress Theater

I’ve come to learn there are few things people enjoy more than watching old guys rock out. It’s arguable that this added charm may even indicate synth-pop power duo Erasure is even more enjoyable now than they were in the 80’s. Granted, singer Andy Bell is just 47 and keyboardist Vince Clark is 51 – which are much younger ages today than ever before – but a far stretch from Erasure’s peak when they were both in their twenties. Decades of life aside, the message here is that they put on a highly entertaining show.

A mixed crowd representing all kinds of ages and backgrounds was a great testament to the way Erasure still has mass appeal. Add a sense of nostalgia to their beloved catchy beats and they had the crowd in the palm of their hands. Songs like “Chains of Love” and “Always” prompted squeals of glee from concert goers who were eager to dance. No one had moves like Bell though. He was wiggling in a way all his own and more than once graced us with a move we can coin as “MC Hammer meets Cowboy”. It may be impossible to witness it without a smile on your face – though it sets the bar for memorable dance moves pretty high.

One of the most amusing aspects of the show was definitely the stage. It looked like an elaborate set-up for a high school play about gothic romance; a faux stone gargoyle and a giant circle that illuminated like stained glass in daylight as if to say Erasure was takin’ you to church. The two back-up singers were one part talent and one part eye candy, working the stage as they swayed in delightfully tacky red and black outfits and feathered hairpieces.

To no surprise, the room erupted at the first sounds of “A Little Respect” and it truly felt like a refreshing blast of nostalgia. Groups of friends were dancing together as they may have done 23 years ago to the same track. Bell’s voice sounded as great as it ever has and the energy of the atmosphere was intoxicating. He and Clarke pulled off a show that proved the charm of Erasure hasn’t aged one bit.