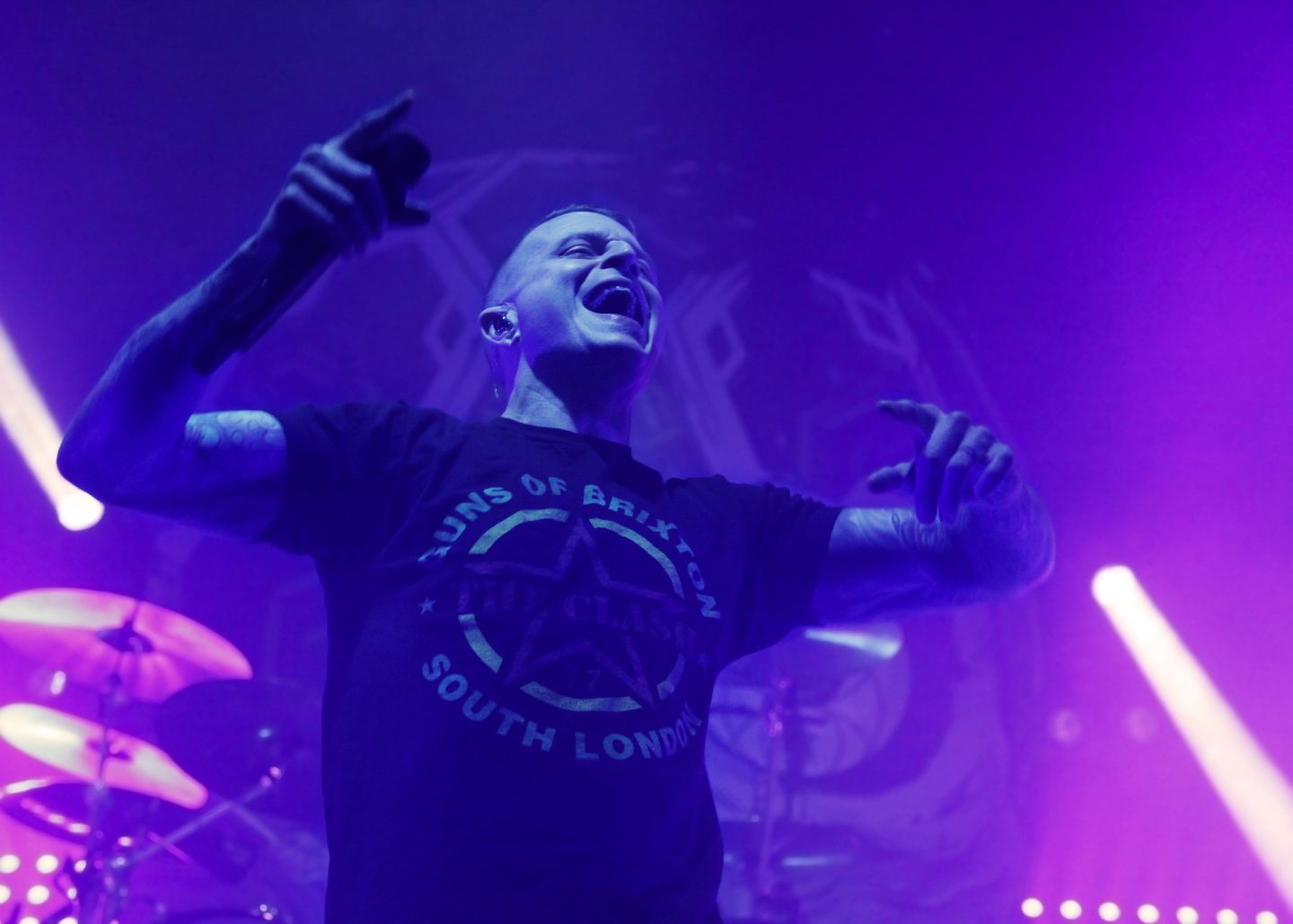 Atreyu at The Apollo Theatre AC

Saturday night, at the smoke-filled Apollo Theatre in Belvidere Illinois, Atreyu took the stage following sets from Whitechapel, He is Legend, Tempting Fate, and Santa Cruz. Their headlining tour celebrates their 20th anniversary, while simultaneously promoting their newest album, In Our Wake, which was released in 2018.

It is crazy to think that this band has been around for this long. They were just teenagers when the band formed. Still, they have managed to amass a great following, and over the course of 20 years, that following has not wavered. It is clear to see that time has not slowed them down. This energy is more than apparent with their vocalist, Alex Varkatzas. He was incredible to watch. His dynamism and constant activity made it difficult to find focus elsewhere.

I have seen Atreyu live five times now. Each and every time, this same high energy force was there. From an unruly and unrestrained pit, to high crowd engagement (bassist Marc “Porter” Mcknight even ended up crowd surfing), one thing is clear, Atreyu knows how to create an atmosphere centered around having a good time.

Motionless In White at The Apollo Theatre AC