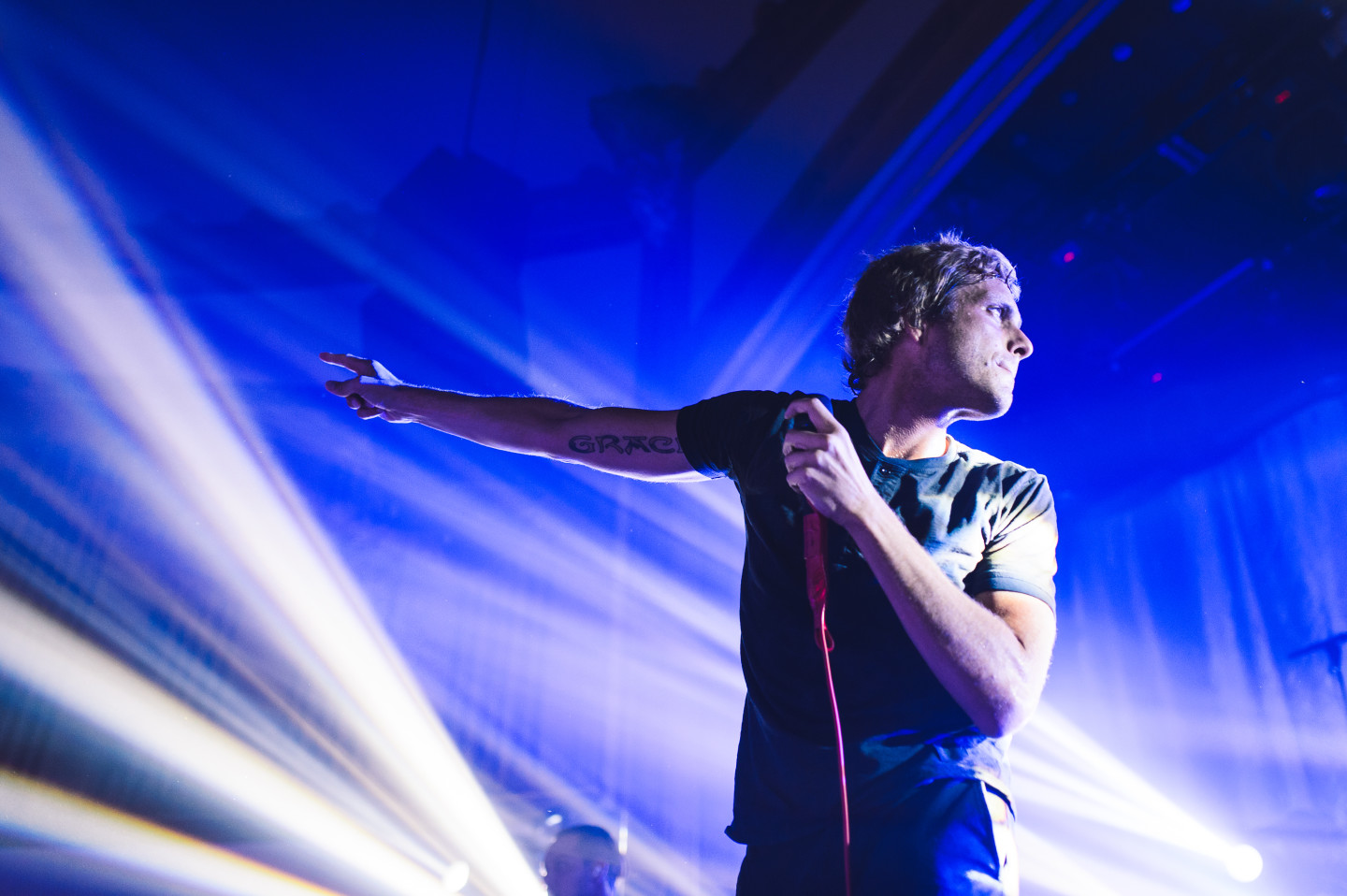 AWOLNATION at The Neptune Theatre

Fresh off of being generally amazing for the last four years, Los Angeles-based electronic rock band AWOLNATION greeted The Neptune Theatre on Wednesday night with a one-two punch to the face. After their crazy breakout album Megalithic Symphony in 2011, which includes the smash single “Sail,” AWOLNATION has graciously weathered a rather turbulent lineup storm; with a new drummer, guitarist, and bassist since 2012, they’ve handily managed to bring another album to the table, Run, just released in March. The single “Hollow Moon (Bad Wolf)” encompasses their foundational elements, and a glimpse once again into the raw, darker side of AWOLNATION.

A background of gold cloth seemed simple yet elegant enough, as the lights went down at 9:35 to a screaming, thoroughly anxious crowd represented by all ages. Intro music played for a minute before purple strobes and red spotlights highlighted the five members of AWOL taking the stage. One of the newer additions, drummer Isaac Carpenter, towed the line with heavy, hypnotic hits, as their set began with “Run.” Lead man Aaron Bruno delicately cradled the mic in his hands while simultaneously punishing the air around him and the ground below him; his stomping culminated into the synchronized bouncing of all five members at the completion of the song. A simple, emphatic greeting of “We are AWOLNATION from Los Angeles, California!” ushered in their second song, “Hollow Moon (Bad Wolf),” as the house, put simply, went temporarily crazy for four minutes. Shouts of “Jump, jump, jump!” had the Neptune manic like a schoolyard playground. Red, white, and blue lights filled void space, and Bruno, hunched over like a predator to his next hook, looked very much at home on stage.

Particularly favored in all things music, Seattle heralded the start of the Run Tour – a 41-date jaunt around every nook of the US, as well as Toronto and Montreal. Seattle also received extra kudos from Bruno, who, in a somewhat heartfelt moment, stated that Seattle was “really one of the first cities to embrace AWOLNATION.” Past the reverberating echoes and haunting vocals, in momentary blackness and chants to forge ahead through the night, AWOL’s set left a distinct mark on an audience that, in all reality, couldn’t love them more.