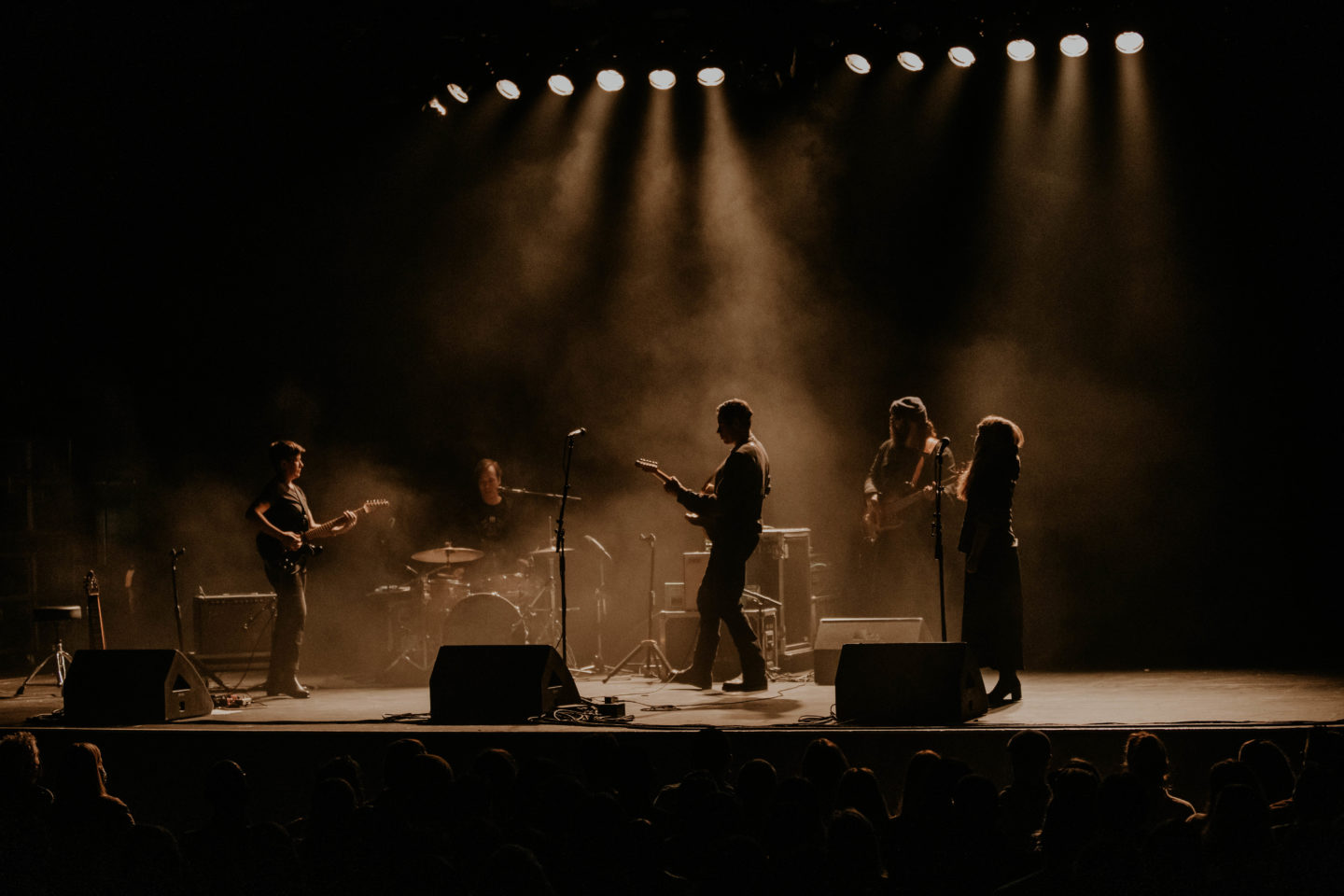 Maybe it was the packed crowd or the low lighting of the night or the fact that this was the first of three sold-out shows Bahamas were hosting back to back in Vancouver, but the anticipation of the night was thick with optimism.

Across the dark room packed with people, one spotlight hit the front mic. Afie’s voice broke the chatter. “Hello everyone, welcome to the Sad Hunk Tour. I’m Afie, and I’ll be your captain tonight on this flight from Vancouver to fucking soft rock town.” And so the night began.

The crowd lost their mind as the sad (and very tall) hunk himself made his way to centre stage. He began with a slow introduction of All I’ve Ever Known only to progressively lift the night with fan favourites like Caught Me Thinking, No Expectations, The Opening Act, Own Alone, Trick to Happy, and more.

There was no denying that the perfect storm of writing, composing, and performing was happening on stage. While COVID restrictions held people in seats, people were just aching to get up and move their shoulders to the sweet soft rock tunes. Hands were waving, heads were bobbing, and the attention of everyone was unbreakable.

The simple setup of the stage was refreshing but unplanned due to the fact that B.C. flooding had trapped all their gear along the highway somewhere and the entire band was playing on rented instruments. But, it also left ample room for Afie to chat with the crowd while his guitar was getting tuned between songs. He charmed us with thoughts about ferry rides, drinking water, his tour, and writing music instead of graduating high school.

About halfway through, the band left, the lights left, and he talked to the crowd about writing love songs and making jokes about trying to impress his wife with new material. “So here’s a song that my wife thinks is alright.” And to the crowd’s delight, he began playing Half Your Love.

Even when he stopped mid-song and said, “that sexy thing really fucked me up” (which someone had heckled at him only a minute before), somehow the most intimate moment in the concert has now been interrupted by the smoothest, most relatable reset you could have imagined.

The thing you quickly learn about seeing Afie live is that his charisma beats anything and everything. He could have been a one-man show with a guitar he borrowed from a busker and the crowd would have eaten him up.

It’s the hopefulness of his sound with the depth of the lyrics, and of course, the ease of presence of Afie himself, that makes you feel like life’s going to be okay, even when you’re singing along to songs like No Depression. He’s the kind of musician where you find yourself in ways you didn’t know you could. He makes the depths of your own heart not feel so scary. It’s like experiencing real life with rose-coloured glasses.

Which is exactly why he packed out three shows in one city with people who don’t just like Bahamas but love Bahamas. You could feel it in the entire crowd. You could feel it in the way people were reaching their hands up and the way they cheered him on at the end. Bahamas delivered exactly what had been promised—an escape into the sounds of soft rock and blissfulness that made Vancouver feel very, very far away.