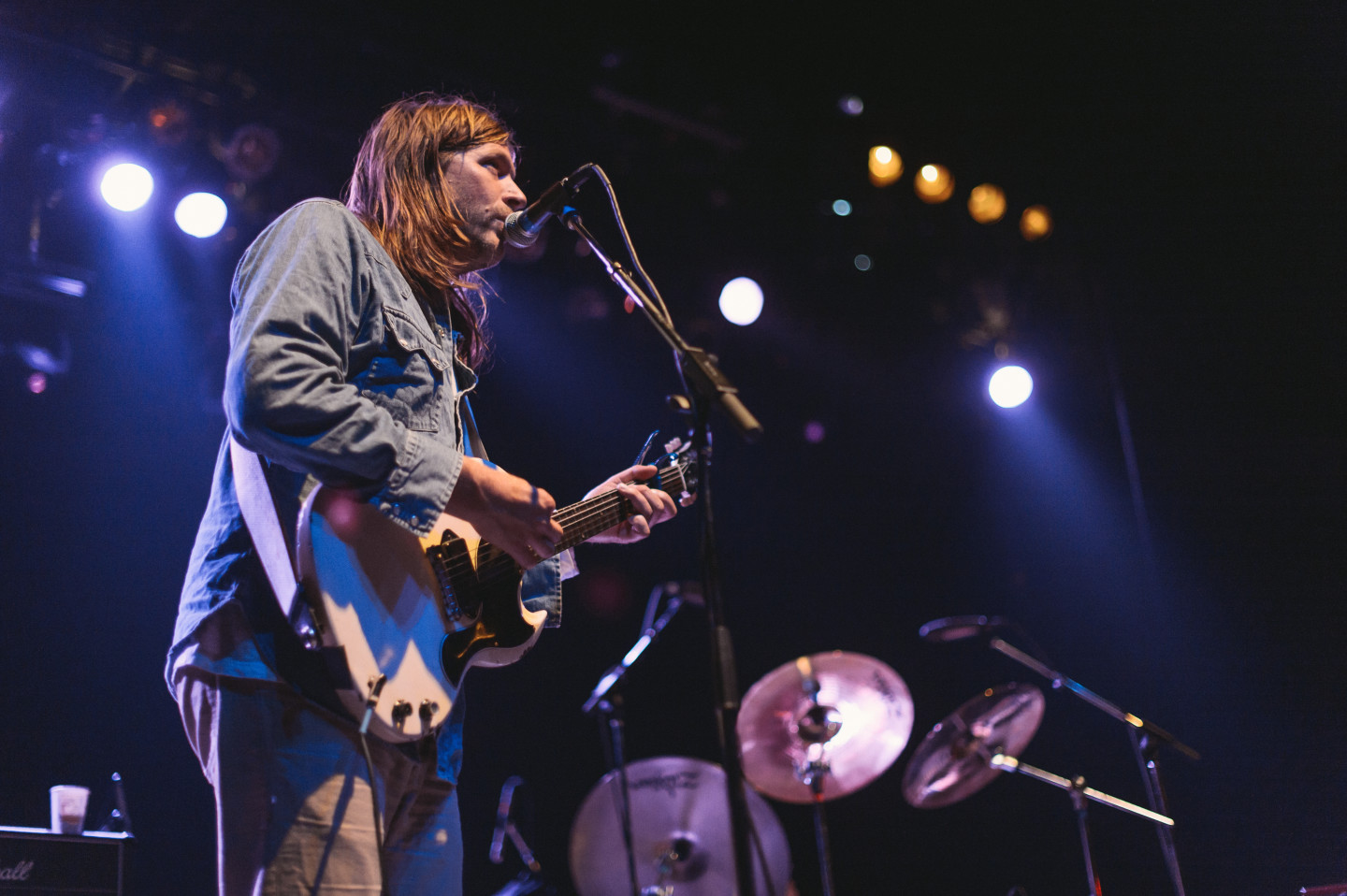 I’m standing at the back of The Vic on a Saturday night. The house is nearly packed–which is odd for the opening act. Yet, three songs into the set, a gentleman in his 40s saddles up next to me and shouts, as if physically unable to contain himself, “Straight up rock and roll, man!”

I don’t know about “straight up rock and roll,” but The Lemonheads certainly got up to display some “straight up 1990s alternative rock.” You remember the ‘90s, don’t you? That now-distant golden age of low gas prices, charming southern presidents, and mediocre popular music?

The crowd at The Vic remembered. Hell, it seemed as though they never forgot. The 30- and 40-something crowd came dressed in their finest flannel, hungry for nostalgia. Once Evan Dando took the stage, the crowd erupted with raucous energy–and with good reason. Dando looked every bit the part of an alternative rock super figure from a bygone era, his hair long beyond shoulder length and his enormous stature matched only by his uber-relaxed presence.

Allow me to reiterate–Evan is an enormous man and his guitar looked like a ukulele in his hands. Compounded by the fact that he’s not exactly the liveliest man on stage (he and bassist Ben Deily were both pretty immobile), The Lemonheads proceeded with what was both a fascinating and odd live performance. They fired off three tracks from their early career, hanging their punk roots out in the open. They followed these tracks with a softer alternative tune, then slipped back into punkier territory.

…and that was pretty much it. This blueprint carried on throughout the majority of The Lemonheads’ set, which isn’t necessarily a bad thing. While the set wasn’t short of shoegaze and listless alternative angst, it also wasn’t without its musical mastery, either. Though he remains more or less motionless while doing so, Dando can seriously crush those six strings for all they’re worth. And this is exactly what made the show so strange to watch–for as much as the band slipped into forgettable later-career wandering soft-rock slow-jams, when they picked it up they hit it hard. At their worst, The Lemonheads sounded like a high school Goo Goo Dolls cover band. At their best, they recalled the unbridled energy that spoke to an entire generation.

It’s likely I’ve just forgotten how awesome the ‘90s really were, which is why it wasn’t as easy for me to jam along blissfully as if “stage presence” was not yet invented. But it helped to be surrounded by an army of Generation X-ers who were hell-bent on having a good night. While it was, at times, a bit too poppy, a bit too plain, or a bit too meandering, I have to say that it was the crowd itself that saved this set for me. Party on, dudes.