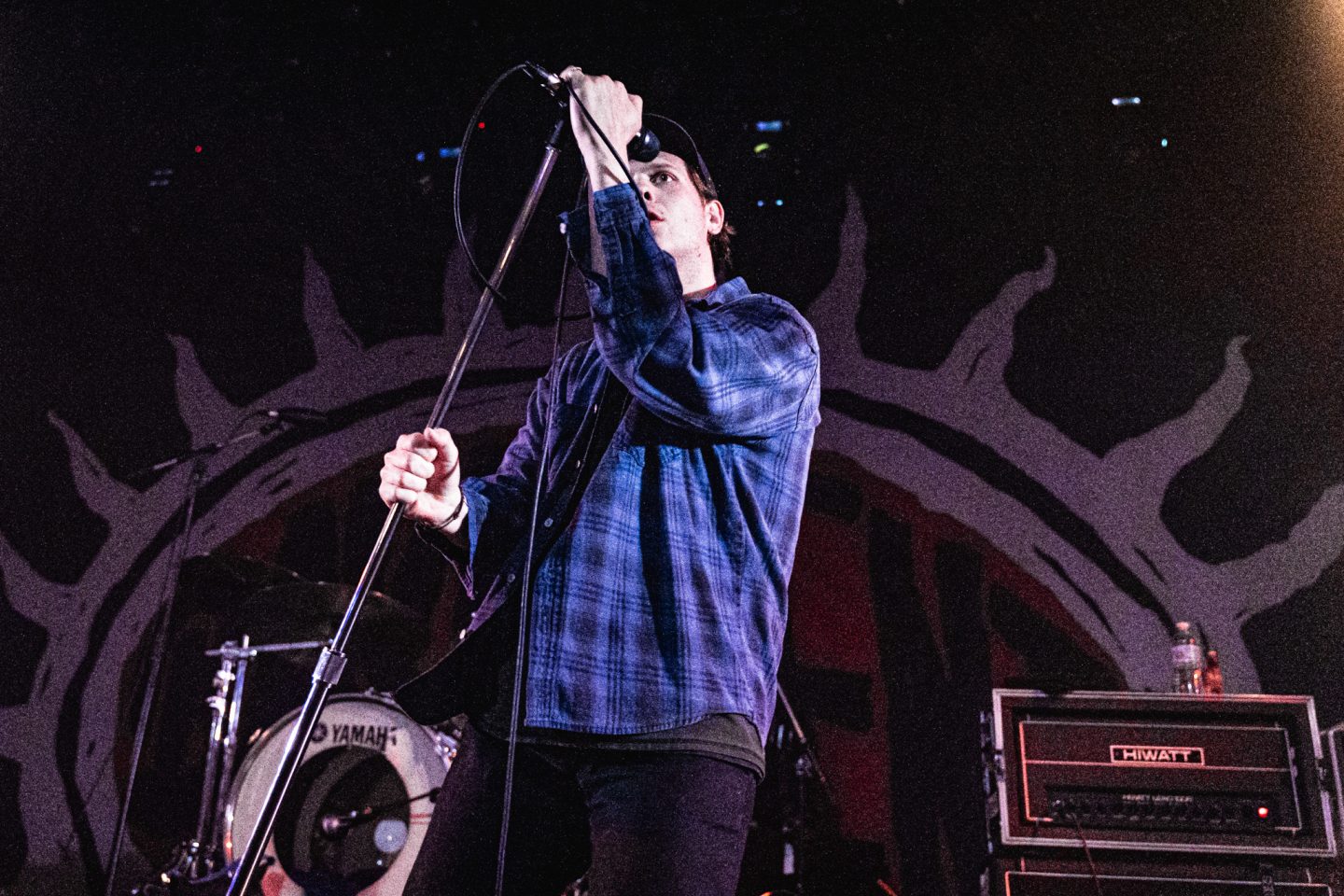 Have to admit…didn’t know too much about Basement going into the show. Chatting up a couple of young rowdies at the barricade before the band took the stage, yes, I had to come clean with my ignorance. But I always have a similar answer. I don’t, and can’t, possibly know every band and sometimes, I don’t do any homework at all, choosing to let the live set unfold before me as my introduction.

So, judging from the age of the audience, I could tell Basement’s fans were of a bit of a younger age bracket. One young man was there on the barricade, there for his first show ever. How cool is that! And the Metro to boot…he’ll never forget this one. But, resisting the temptation to cry newbie, I had a feeling some shit was going to go down, because I know full well what a mountain of Hiwatt stacks and Les Pauls can do to ones brains…see eggs cracked into frying pan.

Boy, these boys from Suffolk, England rock and rock with a fury! The stage oozed so much energy. Guitarists left and right, wearing NIN and Pearl Jam t-shirts respectively (and respectfully!! hahaha), literally looked like they were attempting to beat their instruments into submission. Frontman Andrew Fisher prowls the stage looking part Beastie Boy and part grunge rocker. Despite any grungy or sloppy look, it’s a mirage…these guys are polished and tight. I’m not sure if they need to prove themselves any longer, with millions of turns on your streaming site of choice, but they sure as hell acted like they had to. Their performance was all in and the crowd responded with the joint blowing up into something like a drunken college party but with a shit ton of body surfing. Yah, that’s a rock show. The track Reason For Breathing from 2018s Beside Myself had me thinking about throwing up the horns and getting in the fray myself!

I will say that, in the end, coming out of this show had me pretty keyed up and excited about what I saw. It also had me running home to dig up some of my old post-hardcore emo guilty pleasures like Blink 182, Blue October and Anberlin and build a little Basement and friends alt-rock playlist.