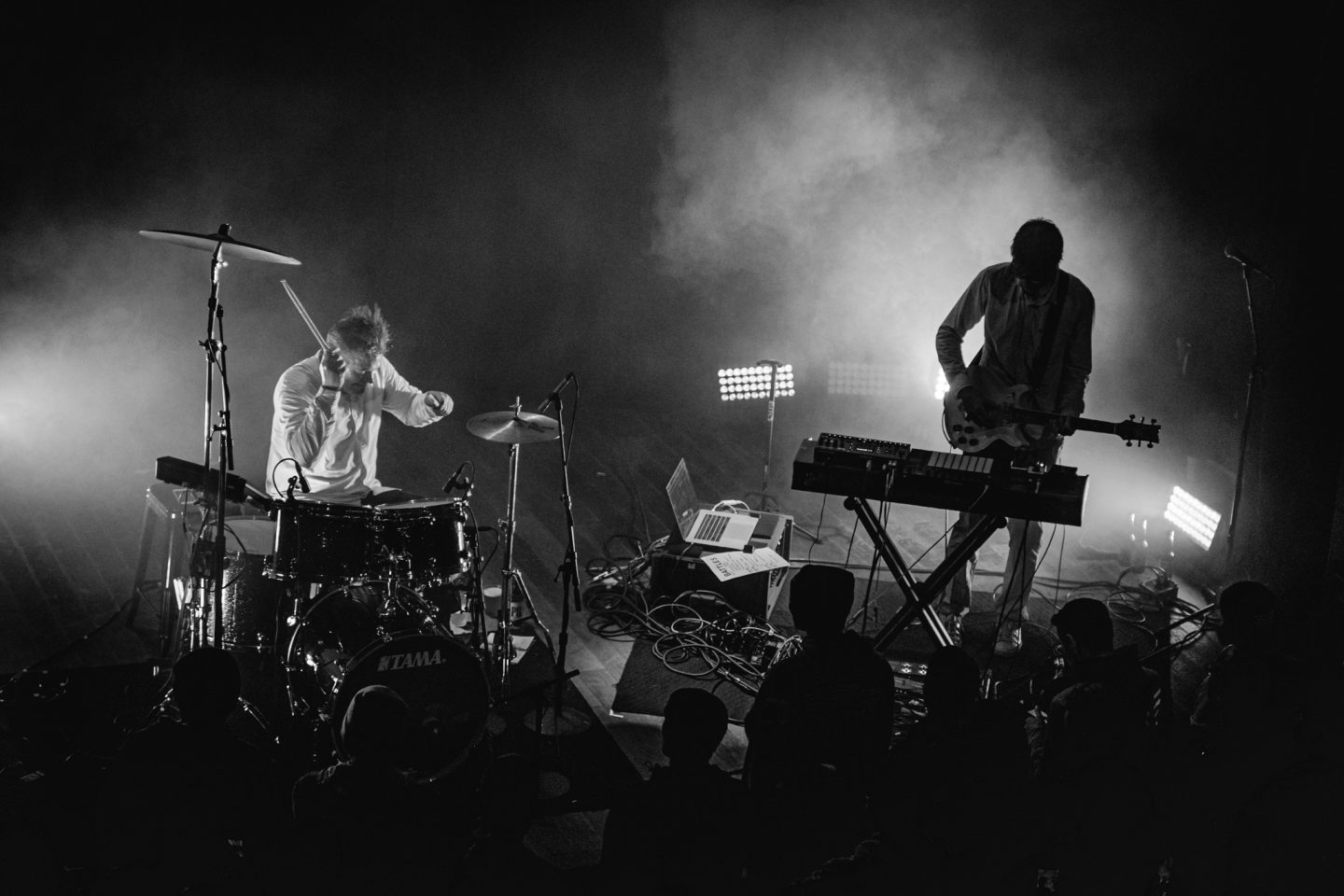 Battles puts on not only an amazing experimental rock show, but also an absolute clinic in using machines on stage. It’s instrumental music, so all the hooks, per se, come from melodies generated by samples, synth or guitar. It’s jammy in the sense that they lock into a part and stay there for extended measures. The rhythm is tight and fierce. The whole thing sonically is like some Alice In Wonderland mushroom trip through a loft rave party, a Dead jam and a hardcore set, all at once. Fans surely respond to the enticing opportunity to witness such wizardry, as Chicago’s Lincoln Hall was fully packed in, both on the floor and along the balcony.

Battles is two people on stage, but you’d never know it if you closed your eyes. There’s a whole lot of where the hell is that sound coming from as guitarist / mad scientist Ian Williams pokes away at buttons, tweaks knobs and accompanies himself on guitar. There’s a Mac, Ableton Push, Octatrack  8 track sampler, a synth and direct guitar at his disposal for crafting loops.

Now, add one of the most badass hardcore drummers to this mix and pooom…mind blown. John Stanier has played in Helmet and Tomahawk, both legendary rock acts. The man hits like two tons of bricks as he plows the way and drives the train. Both Ian and John also have their stations set up right at the front of the stage. There’s no monitors. There’s no photo pit. Fans lucky to be in the front are practically in their living room.

The band weighed heavily on their latest two records, but the room swooned when they kicked into “Atlas” from 2007’s Mirrored. This older track has more of that hardcore flavor derived out of where Battles has come from.

Check out this slinky track from 2019’s Juice B Crypts. We know they’re saying “It’s taking too long, to figure it out” but, I keep expecting a hearty “take ’em to the bridge” to drop at any second. That’s the variety you get with Battles.