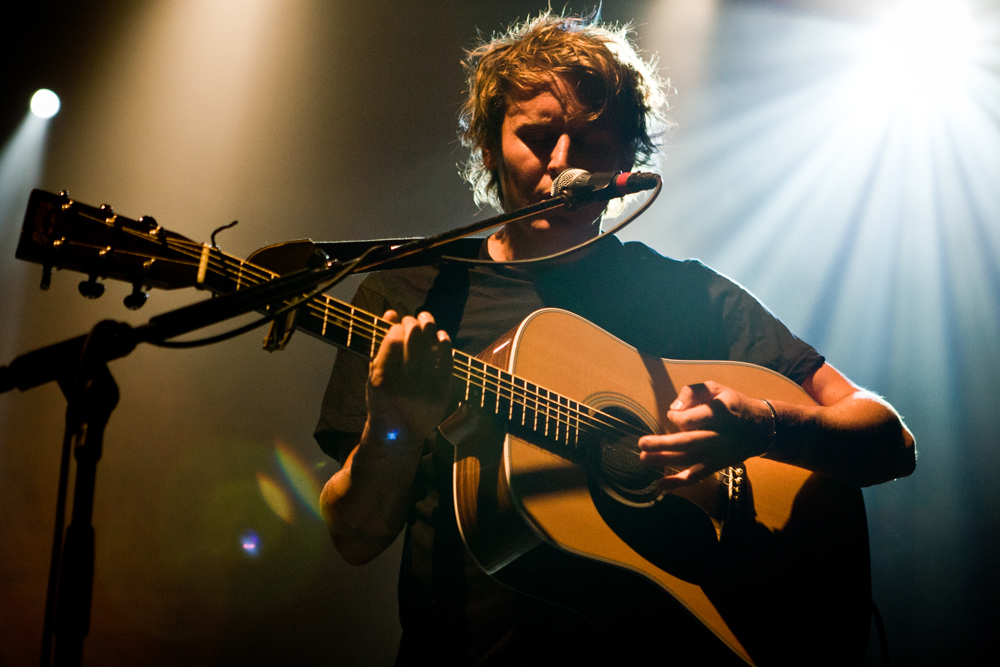 Ben Howard is not a huge name in the US. If you don’t listen to 93XRT (the radio station responsible for putting on this show), you probably know more people that have no idea who he is than ones that do. That needs to be corrected almost immediately.

The thing about Howard is that, at first glance, he seems like a relatively unassuming Brit. For the record, that also means he’s pretty and has an accent that makes girls weak in the knees. Hell, it’s still a sexy accent even if you’re not a girl and/or interested in men. But none of that is the point. Howard perfectly totes the line between restraint and all out reckless abandon with a humble fervor that makes him the guy you want to listen when you’re hurting and also the guy you want to have a celebratory drink with. Somehow, he is both of those guys simultaneously. He incites sing-alongs. He croons. He sings from a place that makes everything he does idyllic, and spacey, and soulful yet somehow he remains grounded.

It sounds like music from Grey’s Anatomy. The type of music that starts softly in the background to set the scene of an imaginary hospital in a real town that’s just as famous for its coffee as its grunge music, and then crescendos to a cacophony of hands and voices during the crucial, pivotal season finale death of a character you’ve spent years learning to love. Ben Howard’s music is like that, but it’s real. Real emotion. Real pain. Real joy. You can’t help but be moved. Even if you have no idea what he’s saying initially, you’ll pick it up by the third chorus. That’s the story of Howard’s music live. You walk in with no idea who he is and walk out with a new crush/bro/bro-crush/artist to share with your little sister and/or music insider friend. When you boil it all down, he’s the musical performance equivalent of date night and the morning after.