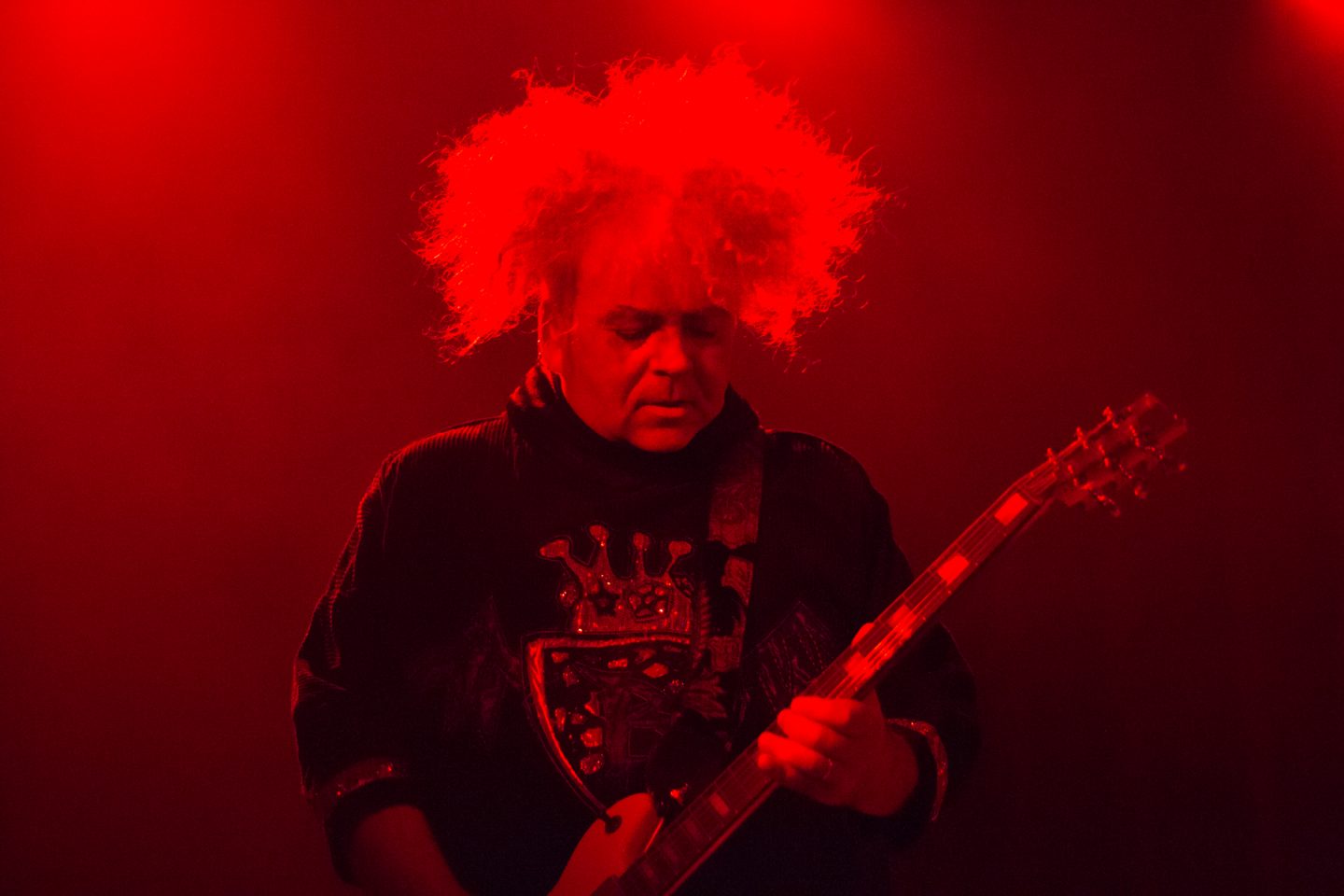 The Metro is a perfect venue for the Melvins who tend to stay away from large arenas and focus more on close and intimate settings. There is something special about seeing everyone’s face from a stage. The Melvins have been melting faces for the past 36 years with consistency. In fact, a quick look at their setlist.fm page shows they’ve basically toured every year since the beginning. With so much creativity, they continue to add to their endless discography as if making music is easy. Very few bands can be traced back to what would be the start of grunge and sludge metal. Their influences go far and wide even to this day. Take a new birth child being a mixture of one part Black Sabbath and another part Black Flag and giving it a good spanking. It’s an acceptable and encouraged bastardization of heavy metal and punk rock tuned down with the occasional slower riff set.

The whole room was blasted with red lights as if this venue was a large dark room. But this was no photo lab, as something better was happening. What went on was pure electric with Buzz Osborne’s hair being the most unique and well known identifier. This however isn’t to be outdone by his stage outfit that directly points to his alias King Buzzo. Donning a specialized black cloak that for every step Buzzo took seemed to collect mortal souls from the crowd. The front side of the cloak has a crown topped ‘B’ hidden in a family like crest with wings. The backside shows a bat like symbol. To me it looks like an acherontia atropos from Silence of the Lambs. I could only guess what else could have driven the crowd’s curiosity as I catch myself trying to get closer to watch every step, chord, and expression.

Buzzo isn’t the only one delivering on performance. Dale Crover has been drumming since he joined Melvins back at age 15. I would gather that Dave Grohl got a few pointers from the master himself. Crover spreads his wealth across many other bands such as Redd Kross, and his own Dale Crover Band. Seeing Crover’s solid drum performance is always appreciated.

The Melvins have had their fair share of bassists in the past but for Steven Shane McDonald, also a long time member of Redd Kross, he really delivers a good punch to the low end. His stage presence is also intense as he performs some serious jumps with his beautiful white bass. This night we all had a great display of true guitar, bass, and drum playing that has and will continue to inspire so many. There is still time to go check out the Melvins’ Escape from LA Tour. Dates continue until November 8th, 2019.