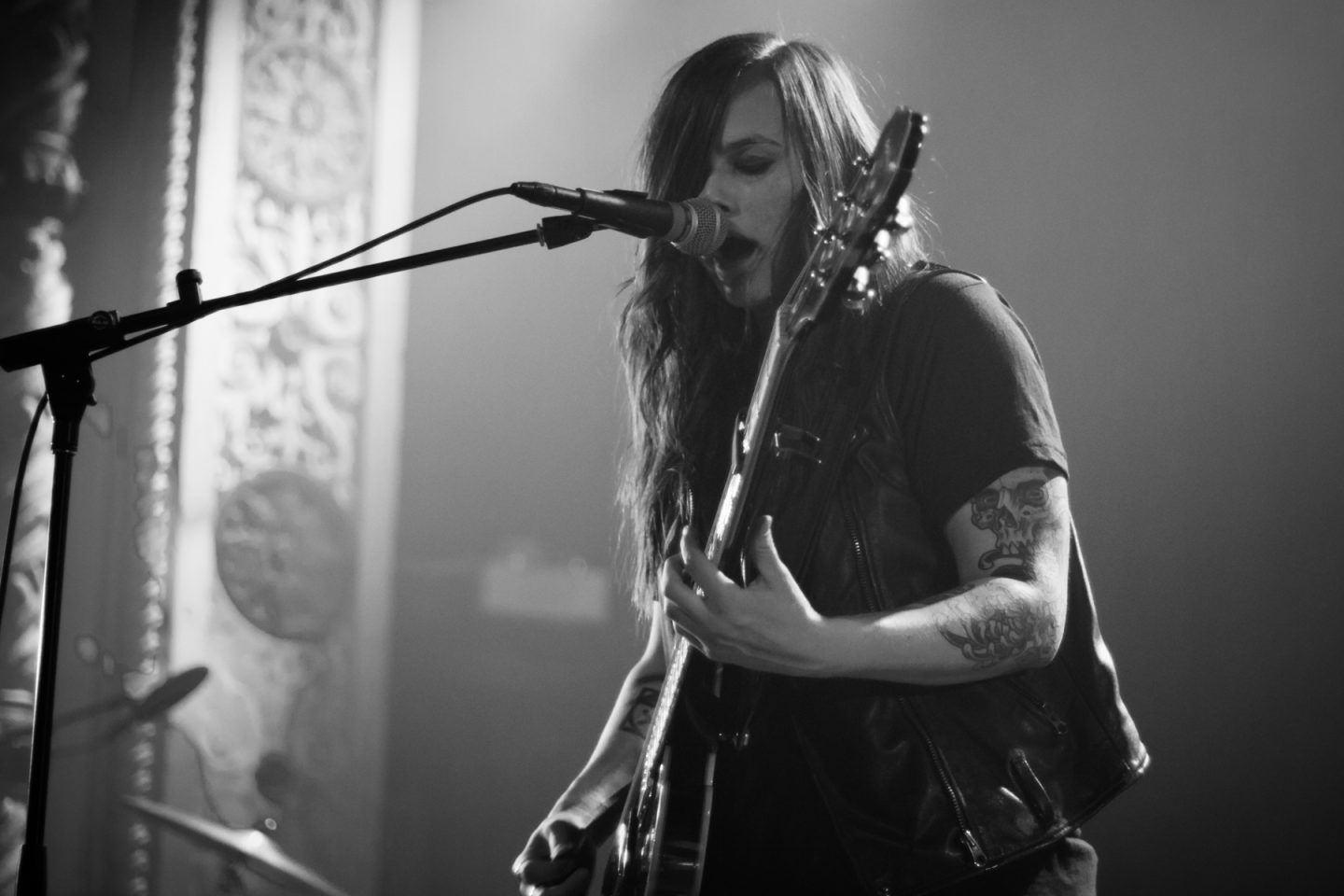 On the road promoting her new self-titled debut LP, Emily Wolfe brought her Texas-sized sound to the Metro last Saturday night. Opening for fellow Austin-based band Black Pistol Fire, Wolfe and her two bandmates tore through a dynamic 10 song set, showcasing all of her front-woman skill.

Just a few songs in, it became rather obvious Wolfe loves nothing more than to rip guitars and belt out numbers. Her sound is as large as it is strong and always compelling. Whether it’s the upbeat, driving rhythms of “Holy Roller,” or the fat blues riffs on “Atta Blues,” Wolfe loves to get people moving and keep their attention.

Keeping that interest is never a problem during a Wolfe set as, from one song to the next, everything changes. Whether it’s the tempo, the rhythms, or the subject matter, surprises are in store. It’s a powerful set and Wolfe gives it her all. She shows off her vocals one song, then she shows off her Gibson the next. Basically, she’s a showoff. Of course, with chops so well-honed, who could blame her.

Wolfe put it all together Saturday night with a closing cover of Motorhead’s “Ace of Spades.” A gutsy move by all accounts. However, this final surprise was more culmination than finale and far from some Lemmy impersonation. Wolfe makes the classic her own with a somehow faster version where she sneer-sings its lyrics and fills its many breaks with fresh guitar shred. In fact, it may have been the only way to end the set. One last surprise on a night her audience never knew what to expect.

The tour now continues on for Wolfe with more opening sets and a summer full of festival dates. While the future success of Emily Wolfe shouldn’t come as a surprise to anyone, her audiences are in for a few more along the way.

This would be a night of dark sounds and deep texts.