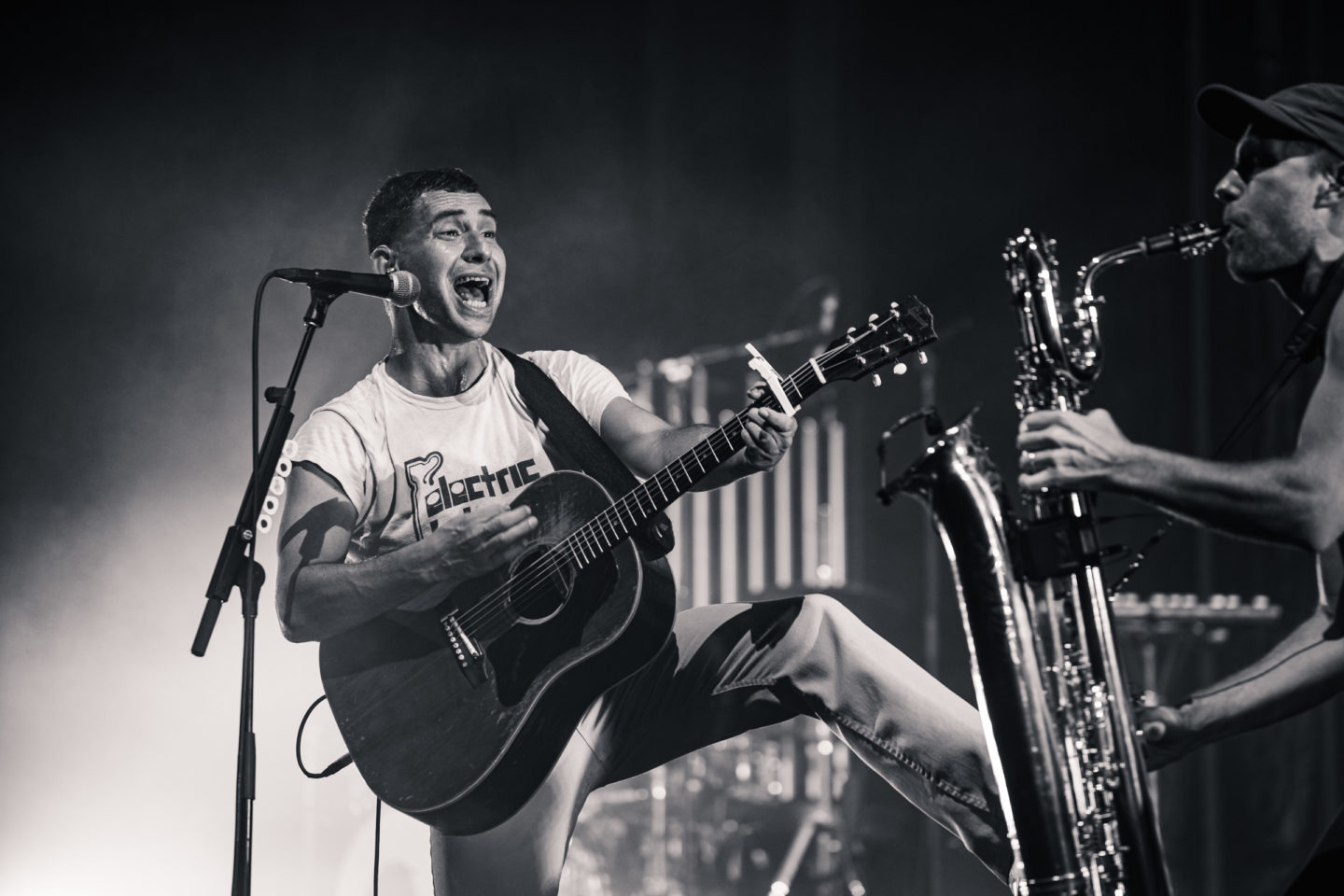 Bleachers at The Aragon Ballroom

Jack Antonoff is no stranger to Chicago. The five-time Grammy winner, singer-songwriter and producer has played nearly all of the city’s stages over the years. His most recent visit was at The Aragon Ballroom with his indie pop band Bleachers. Once an opener for Tegan and Sara at the historic Uptown venue over 10 years ago, Antonoff didn’t hide his enthusiasm for being back to headline in front of a packed house.

The adrenaline-filled Antonoff didn’t take his foot off the gas the entire night. Even the unexpected opener “91” – a somber song that reflects on growing up during the Gulf War – turned out to be the perfect crescendo into “Let’s Get Married”, an 80’s pop-rock inspired anthem that epitomizes what you can expect from Bleachers. From that moment on, the tempo was set and fans were in for a ride.

In addition to being rightfully hailed for his Springsteen-esque energy and showmanship, Antonoff’s musicianship is something to be admired. From lead and rhythm guitar to bass and keys, there were few instruments he didn’t pick up throughout the night – all while jumping off risers and running circles around the stage. At one point, Antonoff tried to take a break to reminisce with the crowd but cut it short because his energy got the best of him. Even the five band members supporting Antonoff exchanged instruments throughout the night while keeping up with his animated presence.

The chemistry among the band was obvious – most notably between Antonoff and Evan Smith. Now a longtime crowd favorite, Smith’s saxophone playing has been a staple of Bleacher’s shows since they started touring in 2014. A standout moment from the night was during “How Dare You Want More” when Antonoff and Smith settled in for an almost minute long call-and-response performance. Antonoff’s lead guitar wailed, only to be matched by the smooth jazz sounds of Smith’s sax. Then came an all out frenzy. Zem Audu, who’s the latest addition to Bleachers and not to mention a Grammy award-winning saxophonist, stepped in to close the song with a screaming solo that launched fans into the stratosphere.

The climax of the set came after Antonoff spent minutes hyping the crowd and encouraging them to climb on top of one another’s shoulders. Chicago fans were quick to comply and ready to give it their all when the band launched into the energy-packed hit “Rollercoaster”. The infectious song kept fans singing along and elevated the energy to a new high. The momentum lasted not only through the few remaining songs, but onto the streets where concert goers could be heard talking about one of the best concerts they’d ever seen.