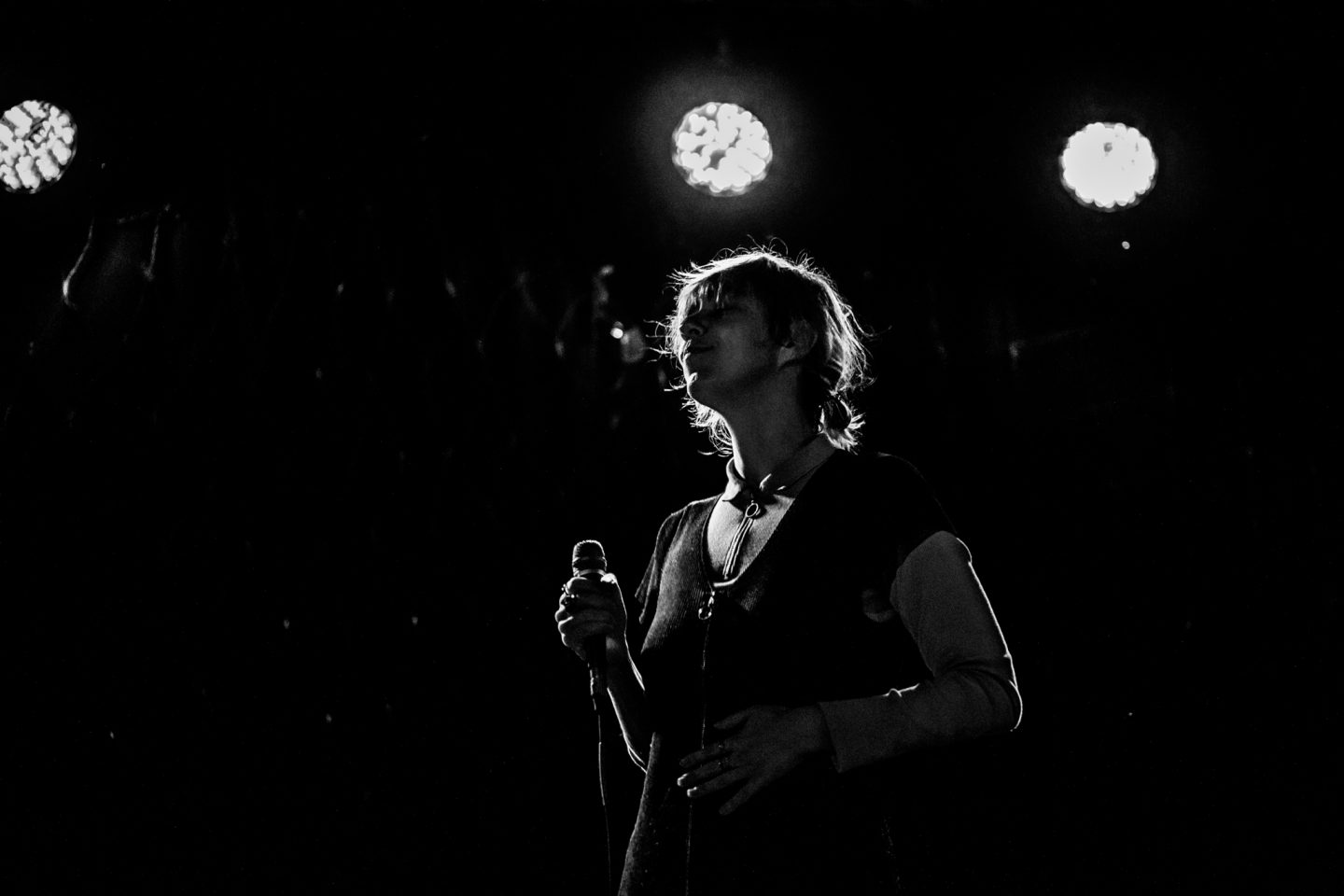 Blue Hawaii is a perfect hangover cocktail, so it’s only natural for a Canadian duo by the same name to play at Empty Bottle, a venue on the west side of Ukrainian Village. Famous for hosting a variety of bands (from indie-rock, punk, and metal to experimental and jazz), Empty Bottle is no stranger to electronic sounds, especially as groovy and “indietronic” as Blue Hawaii, and neither are the people who love to hang out in this legendary music bar.

The dance floor filled quickly on November 9, despite (or because of – go figure!) the relatively late start time of the show. The female half of Blue Hawaii – Raphaelle Standell-Preston, better known from her work with Montréal based art-rock band Braids – lit up the venue, known for its gloomy interior and somewhat dark atmosphere.

The “rest” of the act – Alex “Agor” Kerby, a musician from Montréal – made sure the beats were right for the night, and indeed they were. So much so that it made you wonder if a one-way ticket to Montréal could be a viable option, in case something went wrong with the imp… well, let’s not get political, shall we?

Chicago's legendarily grungy Empty Bottle room was a great place to feel the power of Spotlights and to get up close and personal.