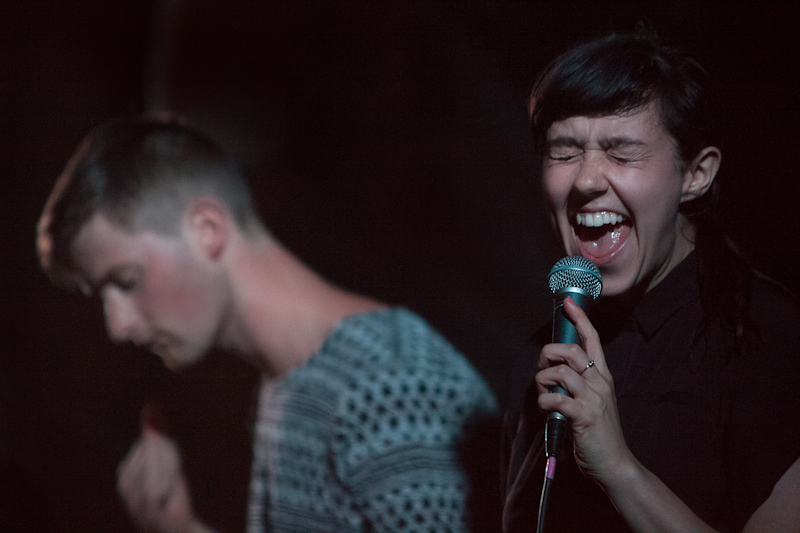 If you read the reviews of Blue Hawaii’s latest release, Untogether, you get a sense that this Montreal duo (Raphaelle Standell-Preston and Alexander Cowan) will provide a cold and distant performance since most reviews point out the lyrics center around disconnection, alienation and independence (Lindsay Zoladz on Pitchfork).

So on a miserable Friday night in early May at the Metro I stood expecting to be frozen solid while waiting for the headline act, Purity Ring.

Before starting out Standell-Preston mentioned she had thrown out her back earlier so she probably wouldn’t be dancing around too much. Their music, however, left you with no choice but to move. From a mellow start they worked the crowd, and themselves, into full fledged dance mode with music that left me warm and fuzzy and wishing I was on a beach in Ibiza dancing away as the sun went down.

Just like seeing Richard Pryor laugh at one of his own jokes because it was just that good, both of these talented musicians enjoyed themselves as much as the audience did.

The biggest disappointment of their set is when it came to an end. I think they could have played for another 30 minutes instead of leaving us for an hour to wait for Purity Ring to take the stage. It would have made for a better night all round.