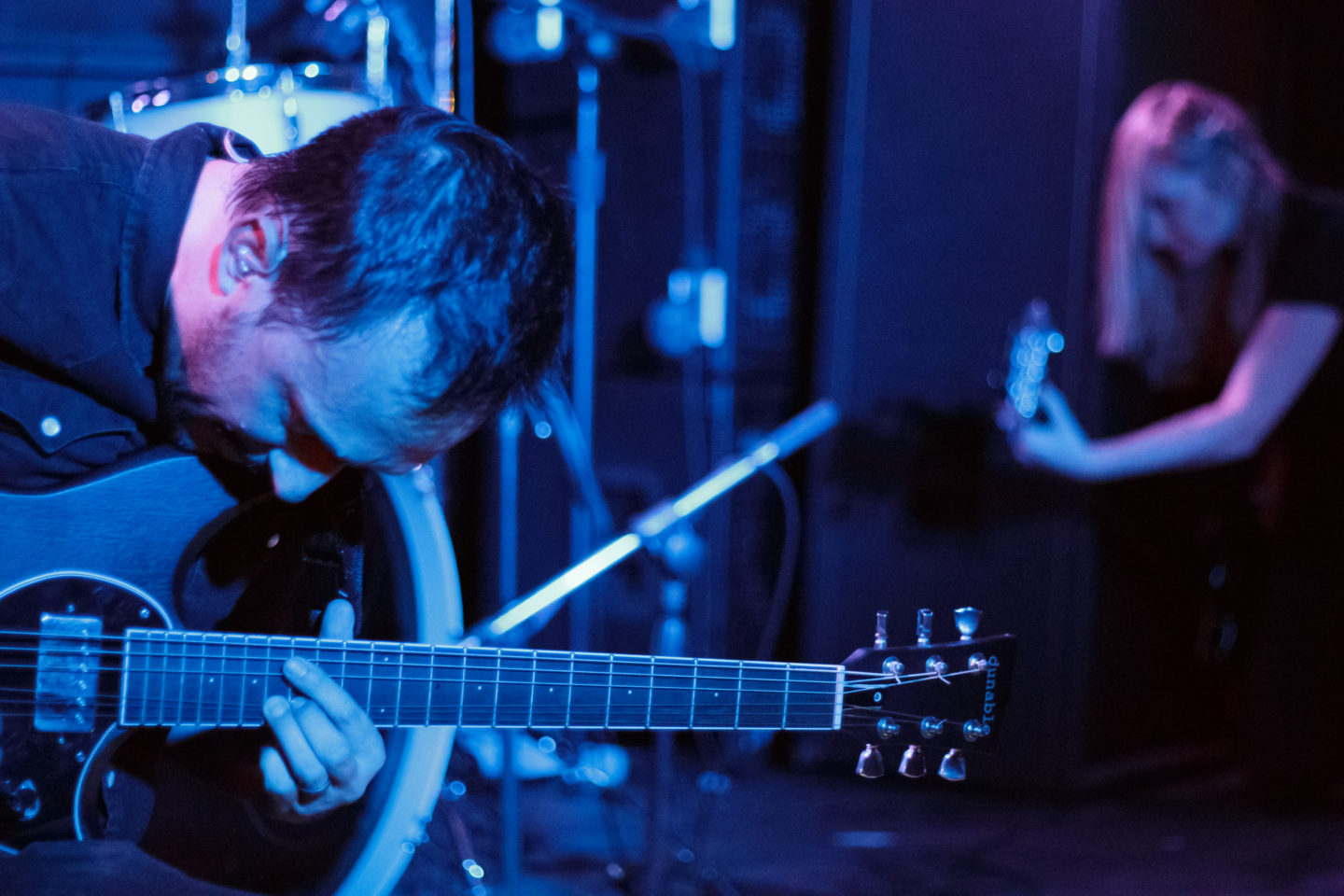 Comparisons and genre name dropping is normally an easy avenue and tool to describe a band. But here in the case of Spotlights, it really helps to make the point. They bring together the best of genres like shoegaze, post-metal and sludge as well as the dramatic delivery of icons past such as Isis, Helmet and Hum. They masterfully lead the listener through sections filled with tension and then pummel you with massive drops. Brooklyn based Spotlights has a very classy aesthetic and gives off an aura of intelligence evidenced by their composition, phrasing and musical timing.

Out on the road with The Life and Times, Spotlights hit up the Empty Bottle for the opening night of a 9 day October mini tour. Though they are likely deserving of a larger venue, Chicago’s legendarily grungy Empty Bottle room was a great place to feel the power of the band live and to get up close and personal.

Stickly mostly to 2017’s 11 song album Seismic, the married couple of Mario (guitars / vocals ) and Sarah Quintero (bass / vocals) playfully bounced off each other, figuratively and literally. They have a palpable harmony, two artists intertwined and creating together. At one point, during Learn to Breathe, the two came together in the center of the stage, play fighting, stringed axes, their weapons of choice. This is quite possibly what it would be like if in fact puppies could play guitar. It was a really cool moment on stage and not something you see too often these days of band members stapled to their positions on stage. Drummer, Chris Enriquez, was meticulous, gluing and nailing everything together with an energy surpassing that of even the recorded versions. I would even go so far as to say, that what Spotlights does, is even better enjoyed live.

Another high point in the set was witnessing the performance of Ghost of a Glowing Forest. Those who knew the songs, also know what was coming, ready to unload with the band as they unleased the crushing outro of this particular track. Set closer Under the Earth, true to form, buried us all in beautiful layers of noise, feedback and drums as they vamped on the ending for a good two minutes.

Right at home on Mike Patton’s Ipecac Recordings label, go ahead and dig into Seismic’s opening track by the same name.