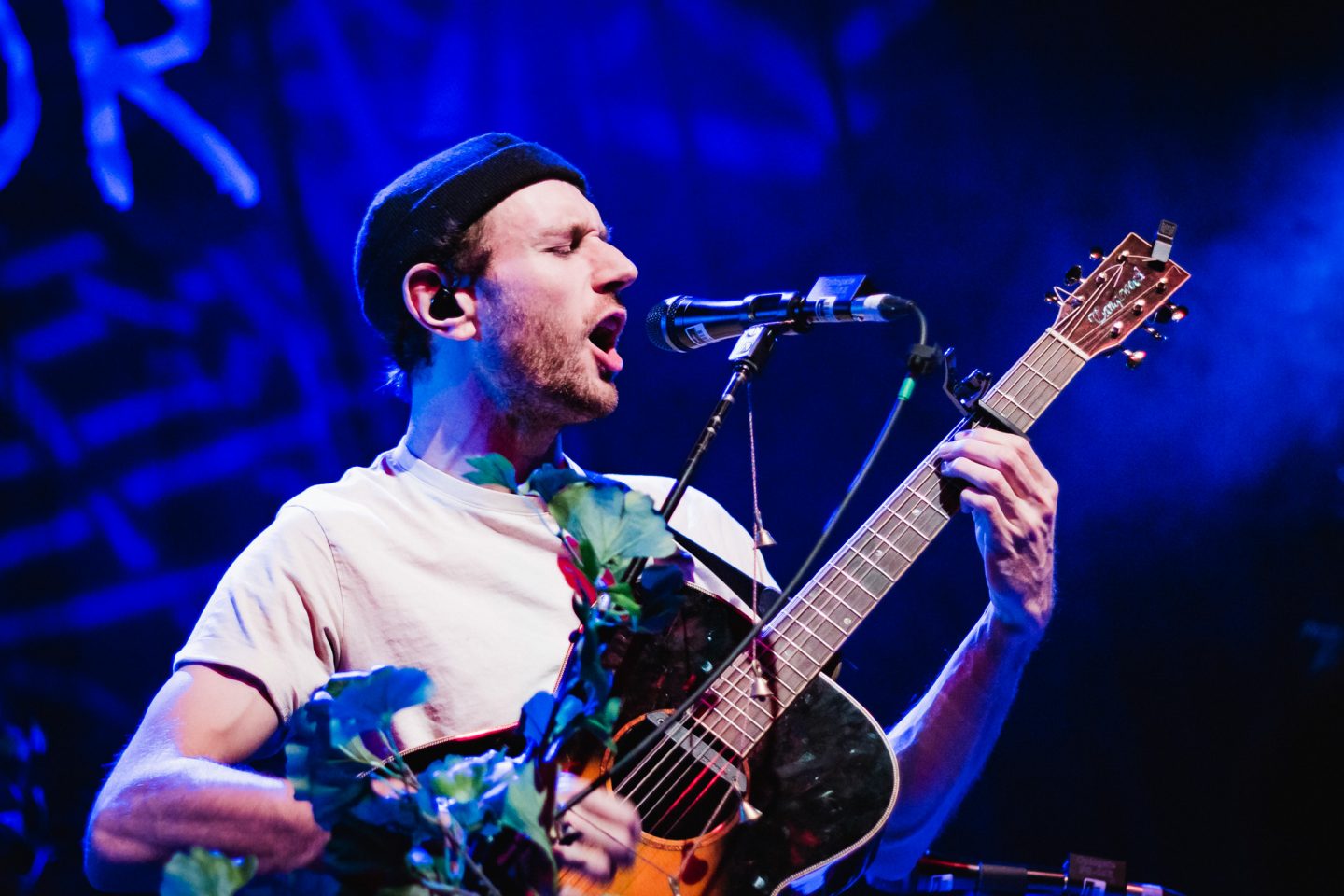 Novo Amor was the perfect show for a post-Thanksgiving rainy day. Especially with the mic stands adorned with foliage – making us feel like we were in the forest. The group from Wales was almost giddy with the crowd – so excited to be in Chicago for the first time and the 21st show of a 29-show tour. It was delightful to witness the back and forth between the crowd as lead-singer, Ali, shared his experience of buying a guitar at Chicago Music Exchange and then headed over to Ragstock for trousers. That’s funny, his use of trousers, or at least he thought so. A couple of times he used some nice “British” terms and then liked to call himself out for his “British-ness”. He even took the opportunity to take a photo of the crowd after the last songs of the encore. Like a kid.

The music didn’t quite match the silliness of this stage presence. It’s very thoughtful with breathy vocals and sweet guitar. The entire group is quite talented and added to the vocals at different times. Ali’s vocal range was quite impressive and he really used it to draw us in. I’m a big fan of Carry You from their newest album, Birthplace, but the crowd was pretty excited when they played Terraform from their album, Heiress. Enjoy!

The show was as playful as it was spiritual.