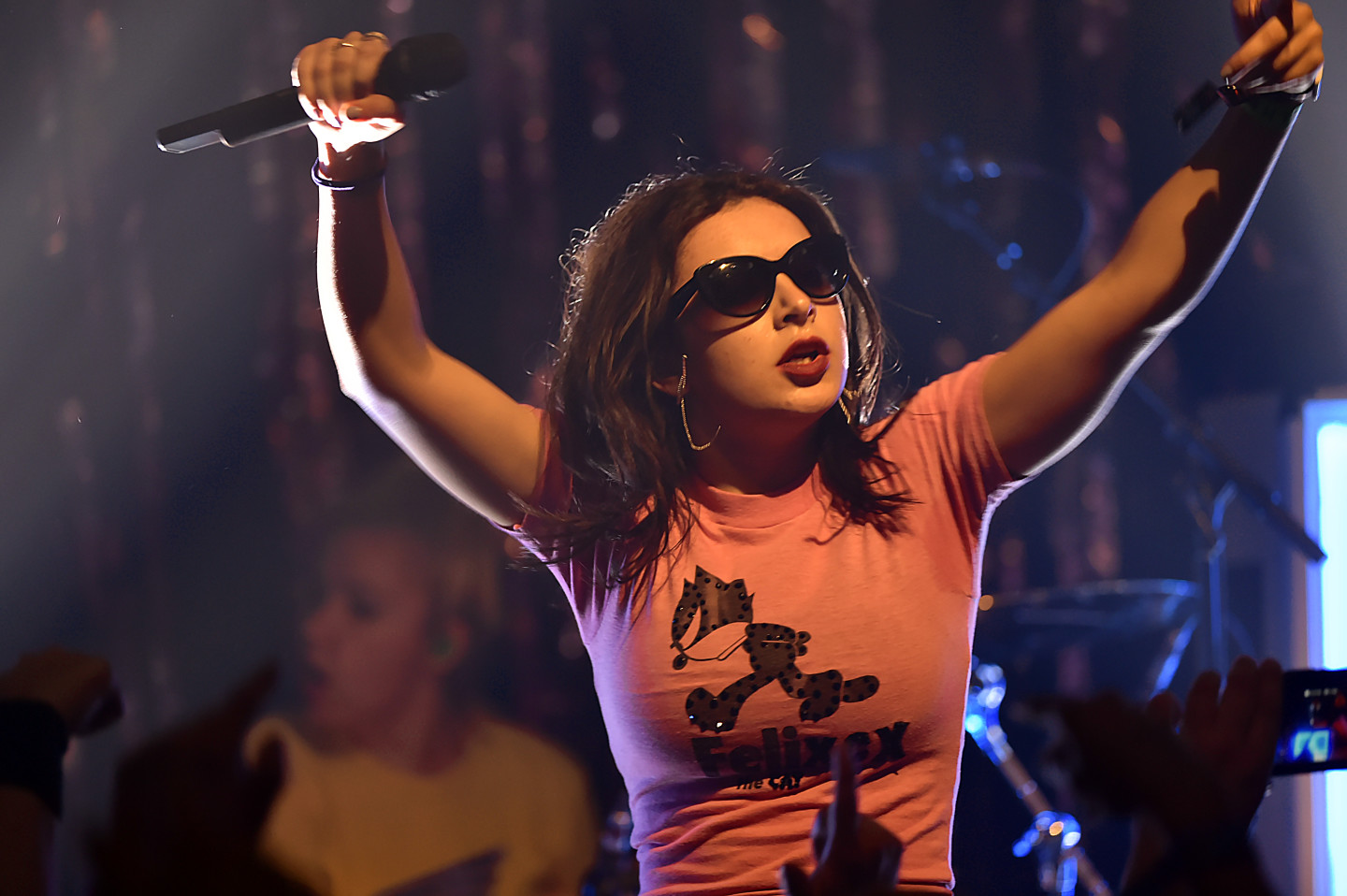 For fans who couldn’t attend Charli XCX’s show at Lollapalooza 2015, the bouncy British brunette provided a more intimate alternative the night before at Schubas’ 500-seat music hall. The sold-out performance billed as one of the many Lolla after parties featured essentially the same set list, complete with XCX “strumming” an over-sized rubber guitar. In addition to her infectious hit single “Boom Clap,” she also performed “I Love It,” a song she wrote for Swedish duo Icona Pop, and a psychedelic electronica version of the chart-topping rap song “Fancy,” originally recorded with Iggy Azalea and featuring XCX singing the chorus.