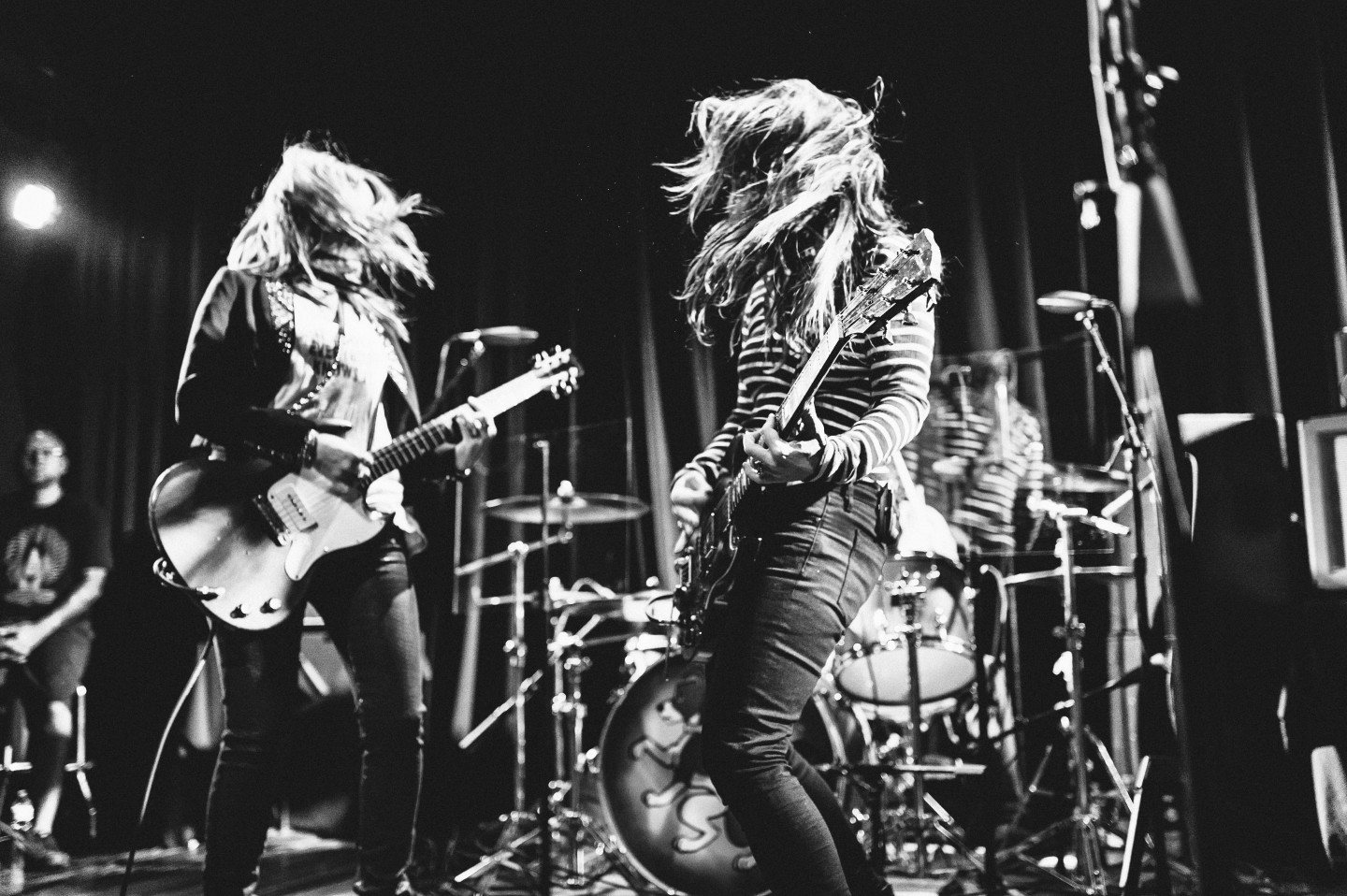 The reunited Veruca Salt played the first of two Chicago shows in three nights, celebrating the 20th anniversary of American Thighs with the dueling harmonies and dirty riffs of singer-guitarists Nina Gordon and Louise Post.

Gordon and Post—previously of the “epic falling-out” club—are having fun together again on stage. And, more importantly, the performance proved that the band’s material has held up without the aid of nostalgia. In addition to playing nearly all of American Thighs, the foursome peppered in some of the best non-singles from Eight Arms to Hold You (“Straight” and “Don’t Make Me Prove It”) and Blow It Out Your Ass, It’s Veruca Salt (“Shimmer Like a Girl” and “I’m Taking Europe With Me”).

And with encouraging results in the form of its two new songs—particularly the highly harmonized “The Museum of Broken Relationships”—fans hopefully have future tours to look forward to.