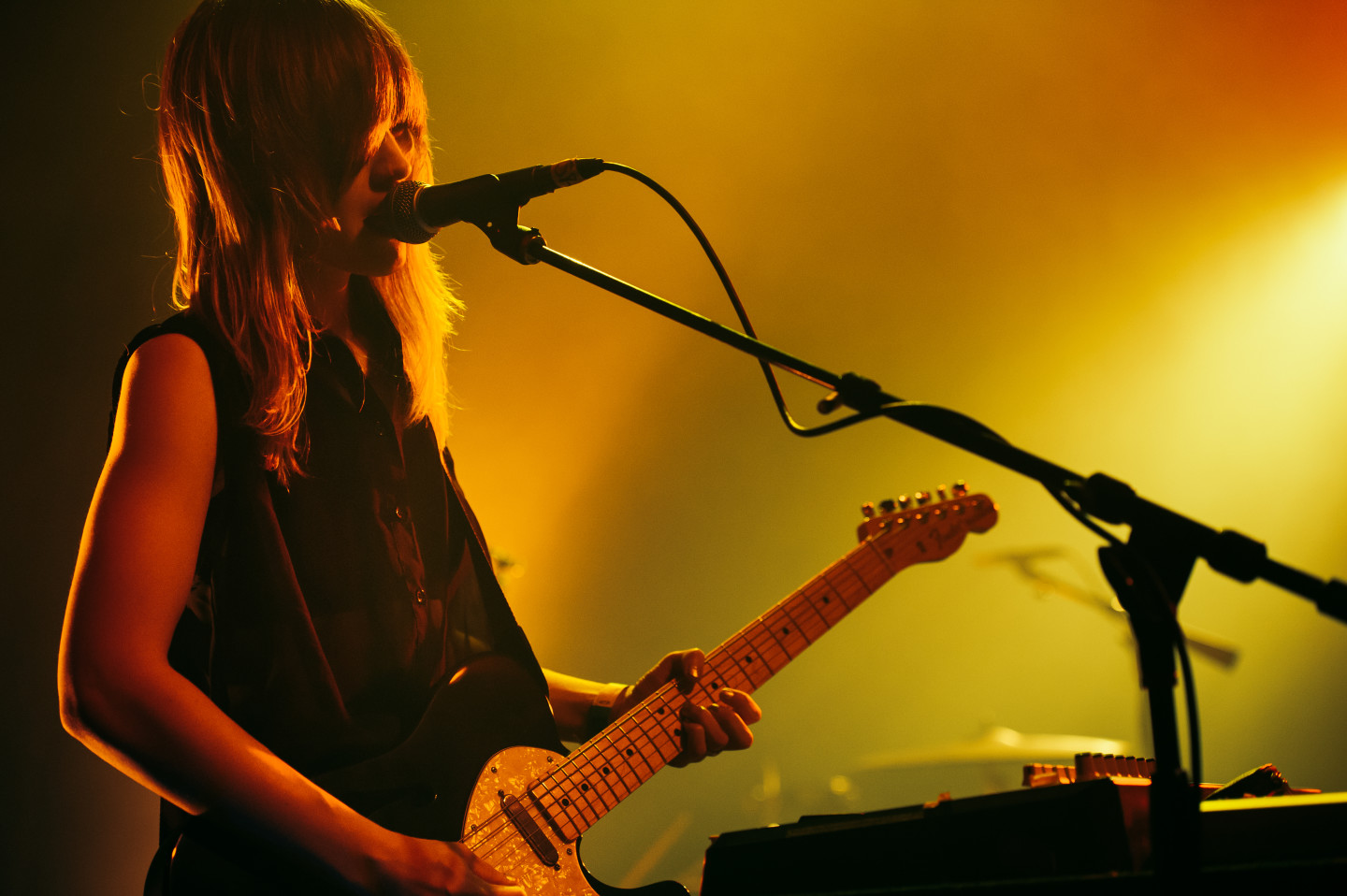 Lead singer Cacie Dalager attracts a lot of male admirers who must really like a girl’s smile since this is pretty much all you get to see of her when she performs (she reminds me of Chrissy Amphlett from the Divinyls with the hair cut, but with better teeth). Just like the guys up front, I was waiting for her to show a little bit more, but on the vocal side of things.

You get a hint of how powerful her voice is in the second song of the set, Wolf, as she launches into the chorus, but it is pulled back into a quieter staccato style that seems to permiate most of their songs.

Although Now, Now genuinely seem to love performing, interactions with the audience were limited and conversations were more amongst themselves between songs. With a keyboard and glockenspiel set up at the front of the stage they seemed to also be cut off physically from their fans (granted Lincoln Hall is a small venue, with a small stage, so this was probably unavoidable).

For a rainy Monday night in Chicago, Now, Now pulled a great crowd as the headline act and put on a solid show for their fans. I am sure that with more touring and headline dates this trio from Minnesota will start to find their feet and really put on a brilliant, captivating live show.