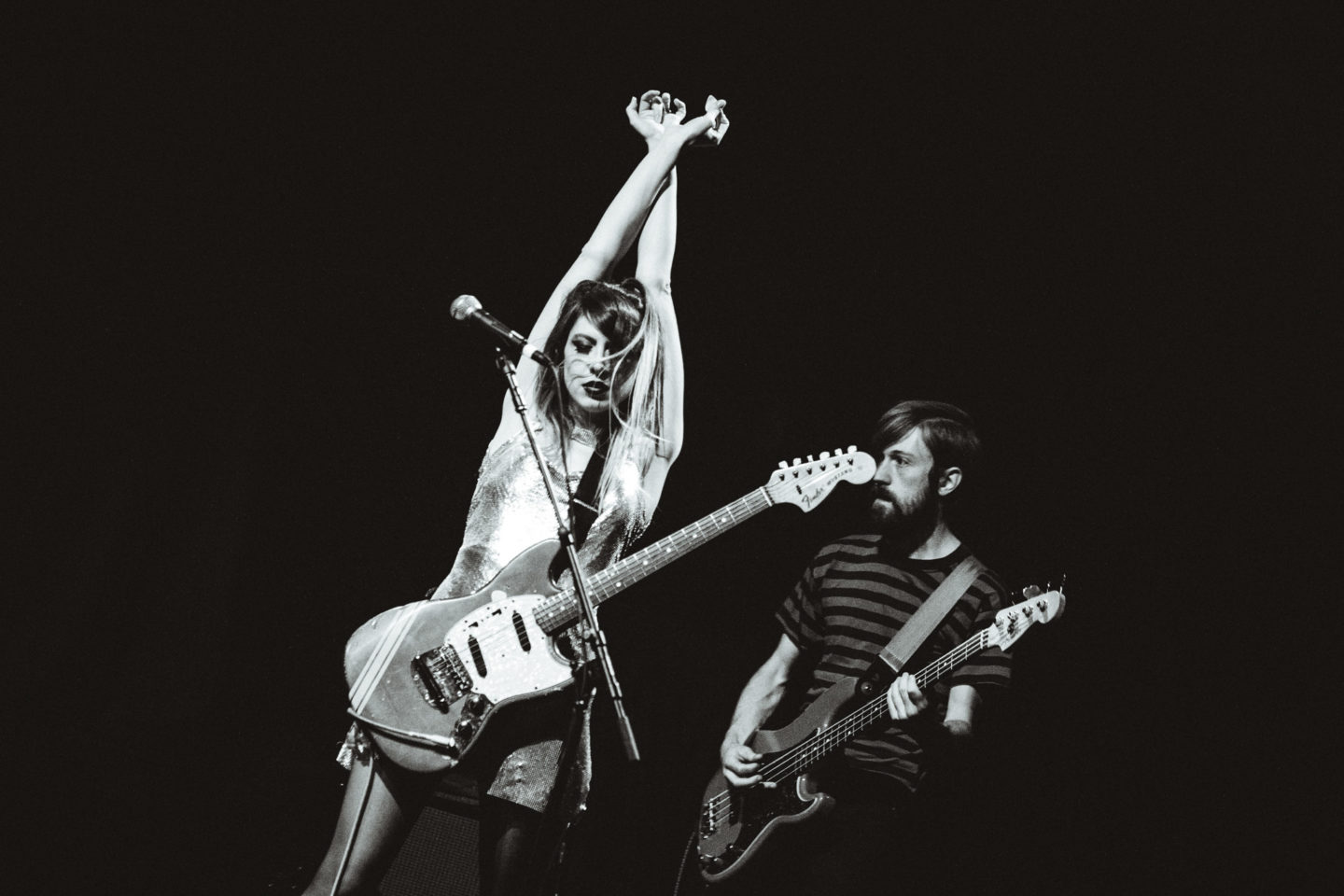 Being a tour’s only opener for a band the stature of Death Cab for Cutie can be a tough gig. Sure, there are perks. You get to play great venues, visit great cities, and reach many new listeners, but it also presents its own set of challenges. Usually, no one knows who you are and probably haven’t heard your music. You’re expected to be good, but not too good as to steal the spotlight. The sets are short and, in most cases, the audience isn’t even there yet. Not exactly optimal conditions for a rock ‘n’ roll show. However, Charly Bliss looked right at home when they took the stage Sunday night promptly at 7:30. Fans were just filtering into the Auditorium Theatre, finding their seats and milling about when the Brooklyn based four-piece started up, grabbing everyone’s attention from the opening riff.

Lead by frontwoman Eva Hendricks, Charly Bliss ripped through a 30 minute set that was as loud as it was fun, never looking out of place on a large stage or intimidated by the grandeur of the hall. Of course, they’ve been in this situation before. While they were new to most in this audience, they’re an experienced band on the up and up. They’re two EPs and an LP deep and they’ve been on the road before with obvious influences Sleater Kinney and Veruca Salt. This past Sunday, they played their youthful guitar pop with flare and precision, earning the applause that grew louder and louder, song after song.

Fun is definitely the operative word to describe Charly Bliss with their rollicking mid-90’s guitar and an upspeed delivery. Hendricks is a presence and much more than just her sugar sweet voice. When not wildly strumming her guitar, she’s a hot mess behind the mic. Arms outstretched skyward one moment and bent akimbo the next. She’s expressive and engaging at every turn and can even crack a few jokes. “This next one’s a love song I wrote for my therapist,” she smiled before flying into “Ruby” from the 2017 full length, Guppy. While most of the set was from this record, they were sure to break out the new single, “Heaven,” as well. 30 minutes makes for a short setlist, but they sure packed it full and won a few more fans along the way.

This is a fine young group on the verge of bigger things. Rambunctious and never lacking confidence, Hendricks and company know how to make the most of their opportunities. So much so, Charly Bliss will surely find themselves atop the bill in the near future.