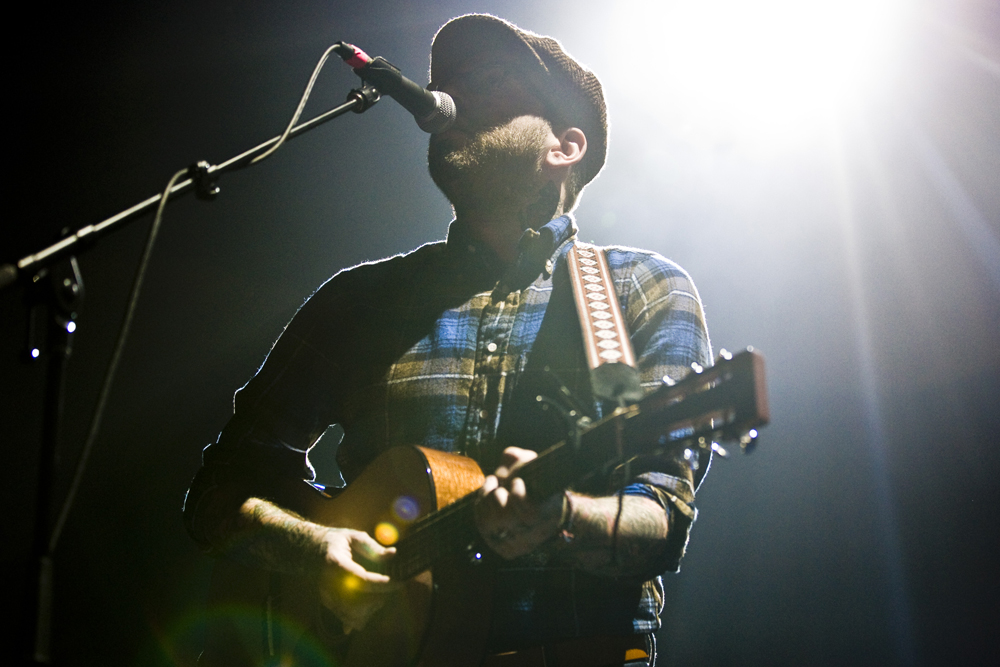 There are plenty of other reviews on the Internet that will tell you the sold out (SOLD OUT!) City and Colour show at The Vic Theatre on Black Wednesday was the greatest thing to happen to music since Autotune. That Dallas Green has the voice of an angel and the power to make anything with legs and ears swoon until the smile on their face couldn’t be imitated by the late Heath Ledger. That running into Green (for all intents and purposes, the sole member of City and Colour) and shaking his hand is the only significant thing that will happen in an otherwise minuscule existence. This is not one of those reviews.

Before you get all crazy, let’s clear a few things up. First of all, Dallas Green’s voice is fucking amazing. He’s the Freddie Mercury or the Bob Dylan or the Ray Charles of folk music. His voice alone has probably led to more than one pair of shaky legged encounter leading to the tour bus. Secondly, City and Colour is generally good music to put on and zone out to. He also sold out The Vic, which is no small feat in and of itself. As if all of that wasn’t enough of a reason to sit down and drink an IPA or a bottle of whiskey with him, he’s got some really sweet sleeves. But none of those aspects led to anything more than a show that was a collection of disparate parts punctuated with small highlights.

Green’s music when accompanied by a touring band can be perfectly described by the attire of the people surrounding him. The clean cut, buttoned up drummer in red and white checks with a navy tie. A bass player rocking a tucked in oxford and suspenders. Cowboy hats and cufflinks and ascots. Full suits and repp ties (think diagonal stripes in primary colors). All those seemingly unrelated things come together under the guidance of the tatted-up Green in a newsboy, golf style cap and plaid. It’s classic Americana, but Canadian. Hipsters from the North if you will. Depending on your perspective, that could be a damn good start. But Green ditches the rest of the troupe in favor of going it alone more often than not. This lets him really shine as the amazing voice and songwriting talent that he is, but it also results in a sound that’s as much lullaby as it is emotional harmony. In other words, you could fall asleep standing up.

Technically (no air quotes), City and Colour is good. Scratch that. City and Colour is a fantastically talented group of musicians, especially Green. Ultimately, the problem with this show was everyone that was there. Maybe it’s the somber tone and volume of the music, but some people need to learn to shut the fuck up. Find a video on YouTube of this performance where there isn’t at least one asshole talking and send it to me. I will personally buy you a Fat Tire, or an eargasm or whatever the fuck else it was that everyone was talking about over Green’s supposedly angelic voice. Now you’re probably thinking to yourself, “that’s not their fault.” I might be inclined to agree with you if Green hadn’t stopped the show at one point to tell everyone to put their phones away for a song and enjoy the show. Enjoying the show is a lot easier said than done when every Joey and his brother needs to share his feelings at the top of his lungs.

To be completely honest, the show wasn’t a total bust. Seeing Green live was a great way to reconnect with the music that let him sell out intimate venues like The Vic in the first place. Unless he starts telling people to shut the fuck up though, I’m just going to stay at home and listen to it by myself.