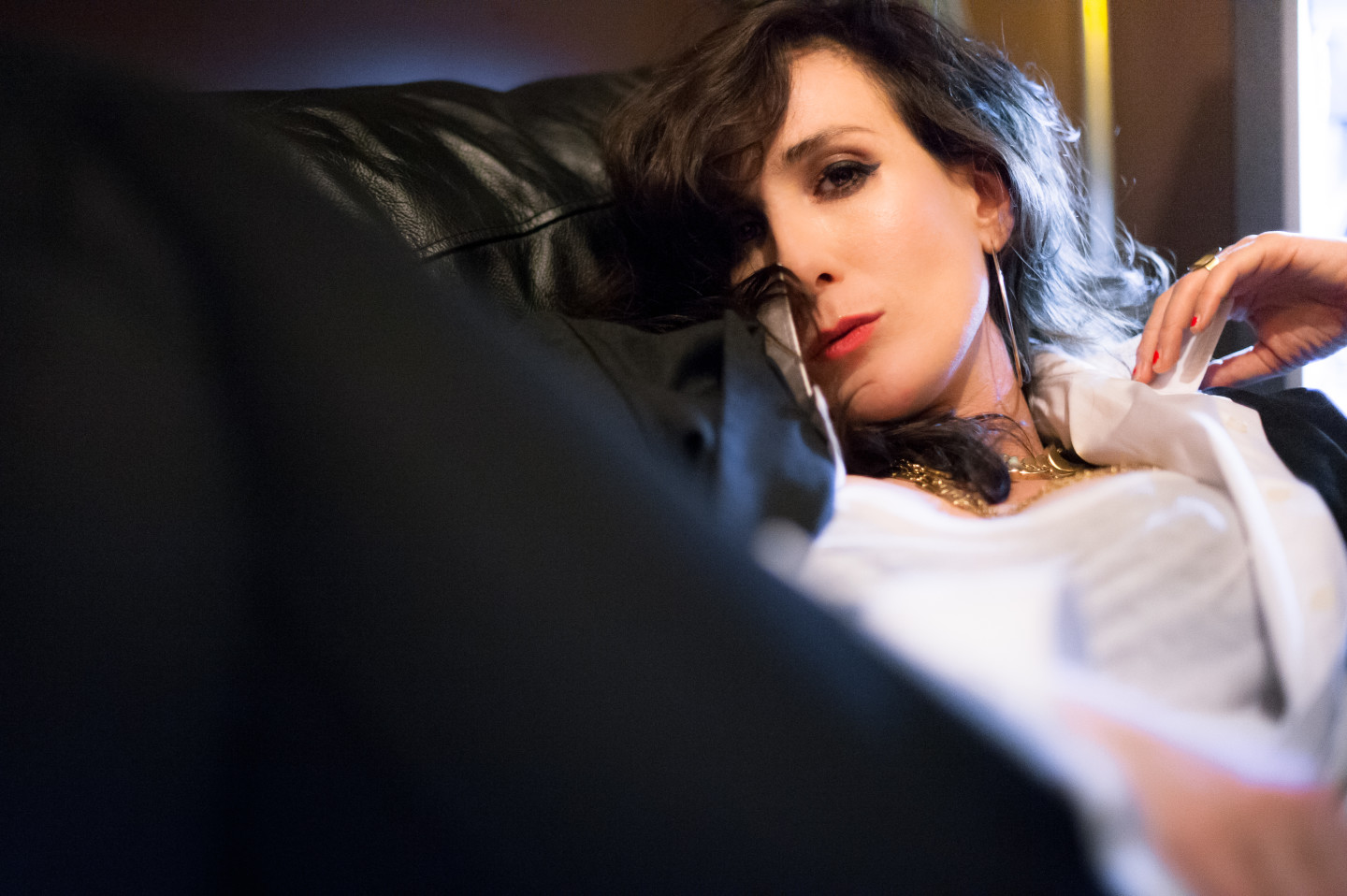 There are certain things that should never, ever make a come-back from the 1980s – scrunchies, enormous cell phones, bangs teased so high they rival the St. Louis Gateway Arch.  One thing we should fully embrace is the simple delight of the music that defined the decade’s pop culture. Class Actress is a synth-pop trio from Brooklyn that has managed to embody the lighthearted groove of signature ’80s songs while still feeling current.

The actress at the front of this class is Elizabeth Harper, who worked the stage of Lincoln Hall, drawing fans in with her breathy and alluring vocals along the way. Band mates Mark Richardson and Scott Rosenthal provide soundscapes of catchy keyboard melodies or synth-heavy beats that – when paired with Harper’s seductive words – would be well suited to a modern day remake ofThe Breakfast Club.

The band played songs off their debut album Rapprocher to include “Keep You” and sultry hit track “Weekend” – as well as “Let Me Take You Out” from EP Journal of Ardency. Harper has a truly uninhibited air about her; so-much-so that it can at times feel like you’ve just walked in on someone dancing in their underwear without a care in the world. Her dark hair falls into her face as she rocks and sways with just enough passion to be entirely “into it”, but enough restraint to come off as the girl who knows how to play it cool. (Except for when she practically got to third base with her keyboard. She was definitelyreally into it then.) The set kicked off with Harper wearing a boxy blazer that concealed layers of clothing that were gradually peeled off as she got deeper into the music. Make no mistake; this wasn’t a strip-tease and she didn’t end up in nothing but undergarments – but she might as well have, considering how she can effectively get people hot and bothered.

Perhaps this band’s music sparks the warm nostalgia of Molly Ringwald aching for Jake Ryan. Or maybe you were thrilled that the blockbuster movie Drivebrought back the essence of the ’80s to modern-day art. Then again, maybe you just like having your pulse on what’s hot and catchy in music. If any of those scenarios ring true for you, let’s forget about Back to the Future and bring on a fresh flashback to the past with Class Actress.