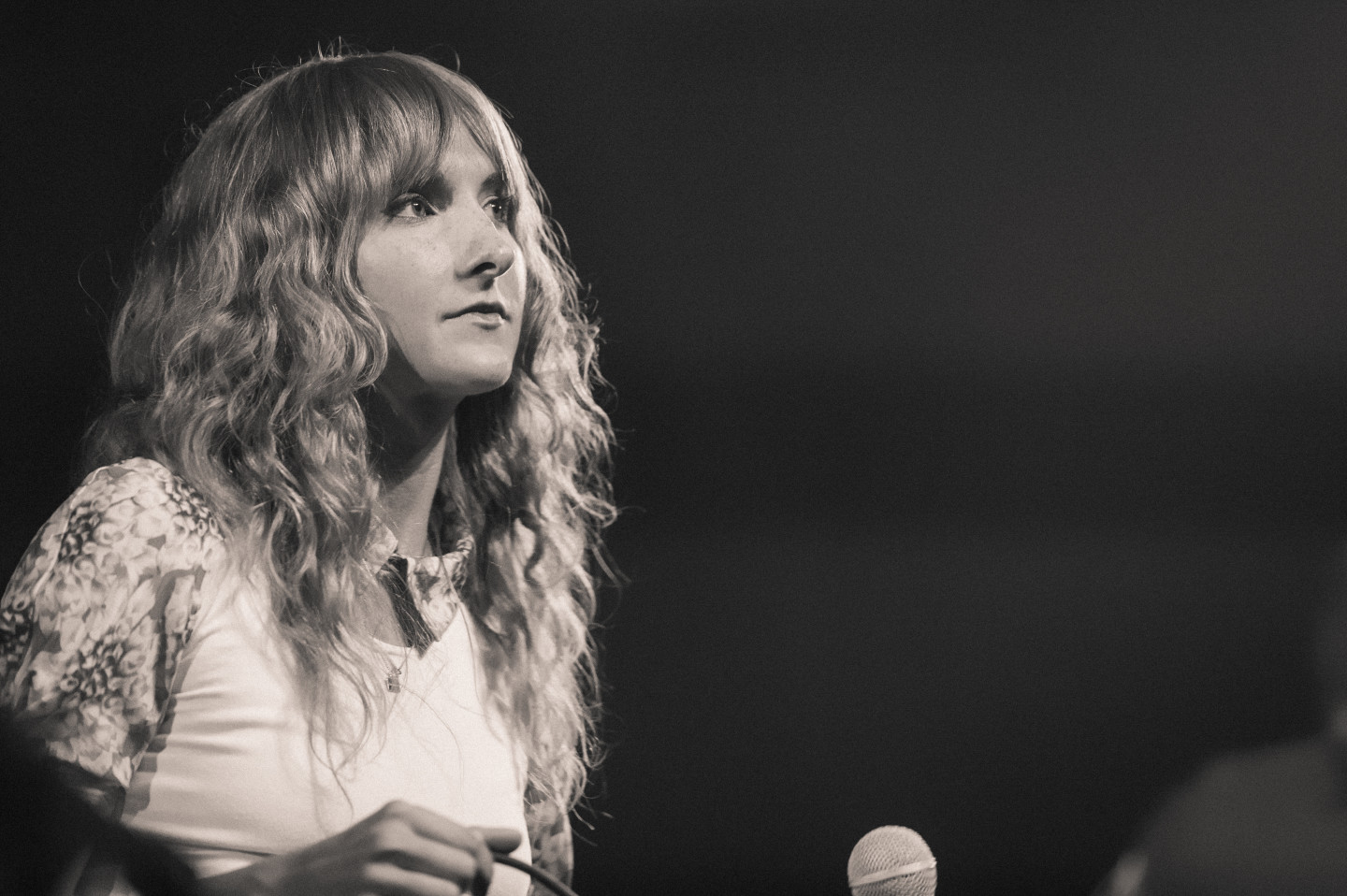 Purple pants, flood pants (or, the “1960 rise” if you will), flowing shirt and boat shoes were all on display on stage at Lincoln Hall. With Tennis ready to perform, it didn’t feel like I was at a show. It felt more comfortable than that; as if they had invited all of us into their humble abode.

From the first millisecond of music my head started bobbing. I couldn’t resist. No point trying to stop it either, attempts would have been futile. Shortly after, the bobbing was accompanied by a smile, stemming from Alaina Moore’s voice of course. A soothing sound that I imagine might be the cure to babies crying. (Someone should check into that, I’m serious.) I’ll go as far as to say if someone had informed me she was a “siren,” I’m not sure I would have left. I think I would accept the repercussions of being lured in by her voice. A voice resembling the timbre and inflections of various female singers spanning from the late 50’s through the 60’s.

The pacing was well done. Enough communication was made with the crowd to show their appreciation, but with appropriately quick transitions. Before I knew it, they played three songs and Alaina had left her keyboard to be front and center. Her eyes closed as she appeared to feel every note and every word from “Petition.” Meanwhile Patrick Riley danced around to the drum beat giving the crowd the perfect model for how to groove. Alaina displayed a care free mentality on a number of occasions as her hands bounced at a noticeable height off her keyboard. And not care free like irresponsible or disengaged. This is the type of carelessness we all have on summer nights–where nothing else matters but what is happening right in the moment. Moments where, in a way, innocence is re-discovered.

There were times where they seemed to be playing for each other just as much as they were playing for the audience, which in my honest opinion is how it should be. It shows the music still means as much to them as it does to the listeners. Not just for the people in attendance, but for anyone lying in bed grinning as “Marathon” sends them off to never-never land.