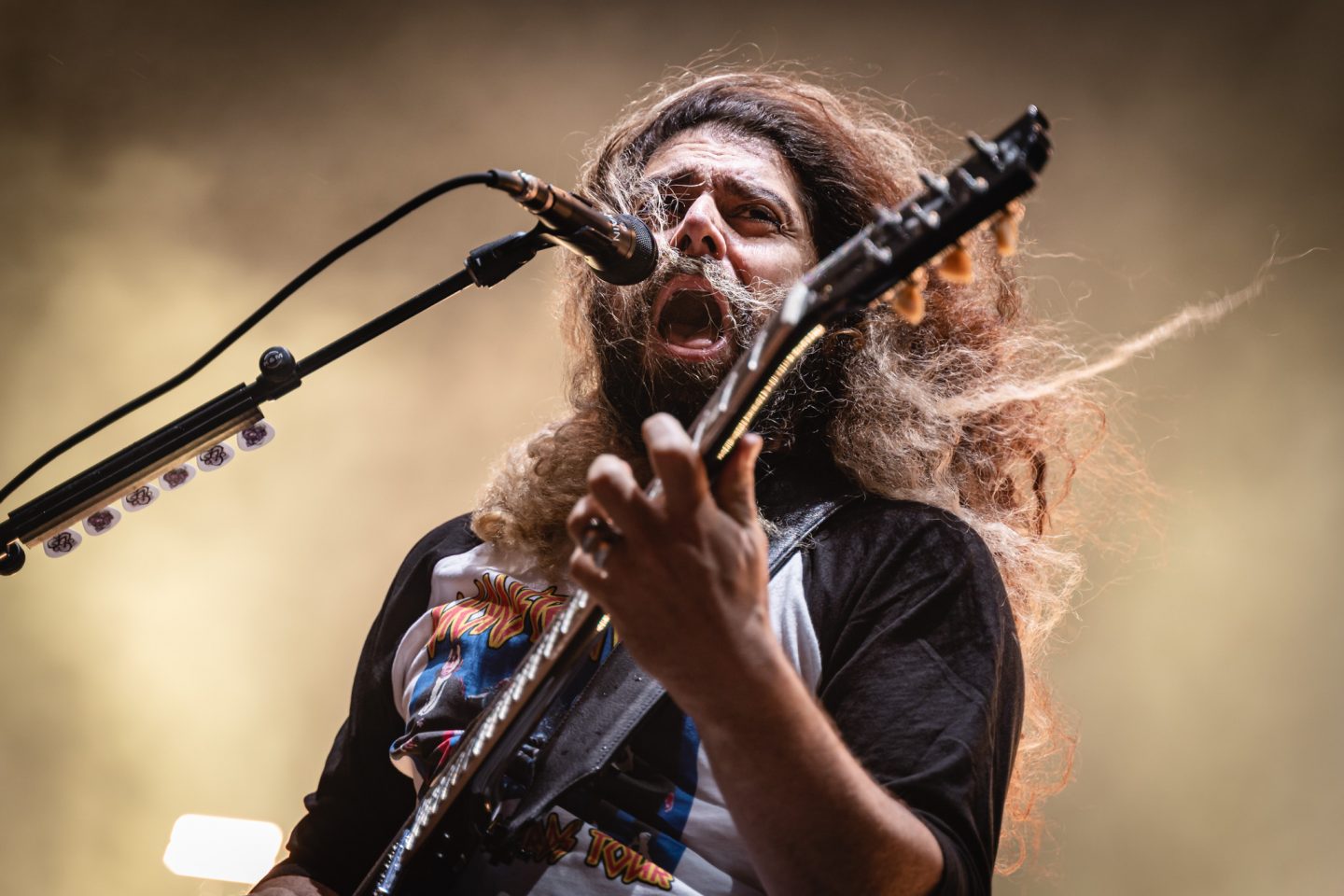 For anyone familiar with Chicago weather, it should come as no surprise that there was heavy wind and light rain for Coheed and Cambria’s set on Friday. I personally feel like this set had an interesting mood for the evening. As they started with “Prologue” and “The Dark Sentencer” off their newest album The Unheavenly Creatures, the rain fell ever so softly making a great visual against the stage lighting.

As one who has read the comics “The Amory Wars,” written by front-man Claudio Sanchez, I could have a better understanding of the stage set and presentation. The band really tells a story while preforming their songs. The cool colored lights during one song depict a lighter subject while the red fast paced lights went along with more upbeat music and intense lyrics. All the while, Claudio’s iconic hair blew in the breeze giving off a silhouette of what looked like the hero. He looked like a main character in one of the many stories he has created.

For as long as I can remember they have had such a strong fan based which proved to stand true Friday night. Everyone embraced the rain and wind to shout along to a handful of the classics along with new tunes. One of my favorite parts during a show is when the band involves the crowd with a singalong portion. As they played “In Keeping Secrets of Silent Earth: 3” everyone shouted “man your battle stations” in unison as if preparing for a battle of their own.

The night wouldn’t be complete without a few more oldies to satisfy the crowd. They played “A Favor House Atlantic” (my personal favorite) as well as “The Suffering” and the breakout song “Welcome Home.” Coheed never disappoints when they play a show in Chicago and I feel like this one of their best yet! I, like many others, look forward to the next time they grace us with their presence.