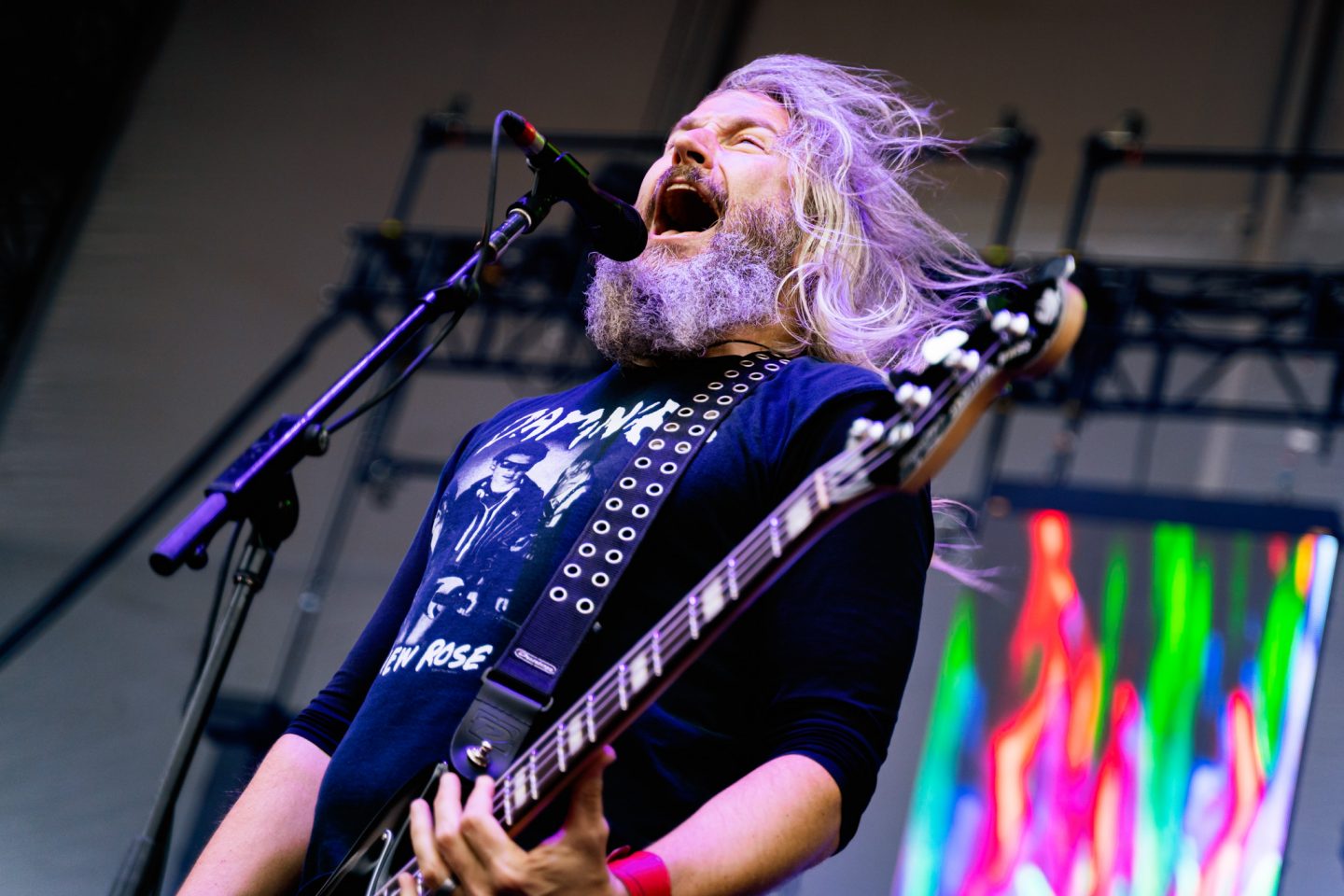 Fans of Mastodon, as well as newcomers to the group, were the receivers of a mammoth sized treat as the band rolled into Chicago as part of The Unheavenly Skye tour. The pot was sweetened as the band also played through 2009’s Crack The Skye in it’s entirety.

As the afternoon gave way to the evening, seemingly right on cue the weather turned to a windy, foggy ordeal with rain at times literally blowing horizontally. It provided a context that made one feel like we were all slogging together as an army through some prehistoric battle. Sharing a bill with a couple other metal / rock behemoths, As I Lay Dying and Coheed and Cambria, the scene played out almost more like a festival given the stacked bill. Lots of value for your sawbucks here folks!

When a band like Mastodon take the stage, the energy level goes up. These guys are beasts, with a tough as nails aura. Their playing is like a precision hammer as they pound through massive riffs in their signature southern sludgy style. They eye the crowd, as they deliver the goods, with the swagger of a band at it for 20 years. We sure as hell hope they stay at it for another 20.

It was an honor and a privilege to photograph Mastodon. Scroll down for all the photos. Hope you enjoy them. Thanks!!!