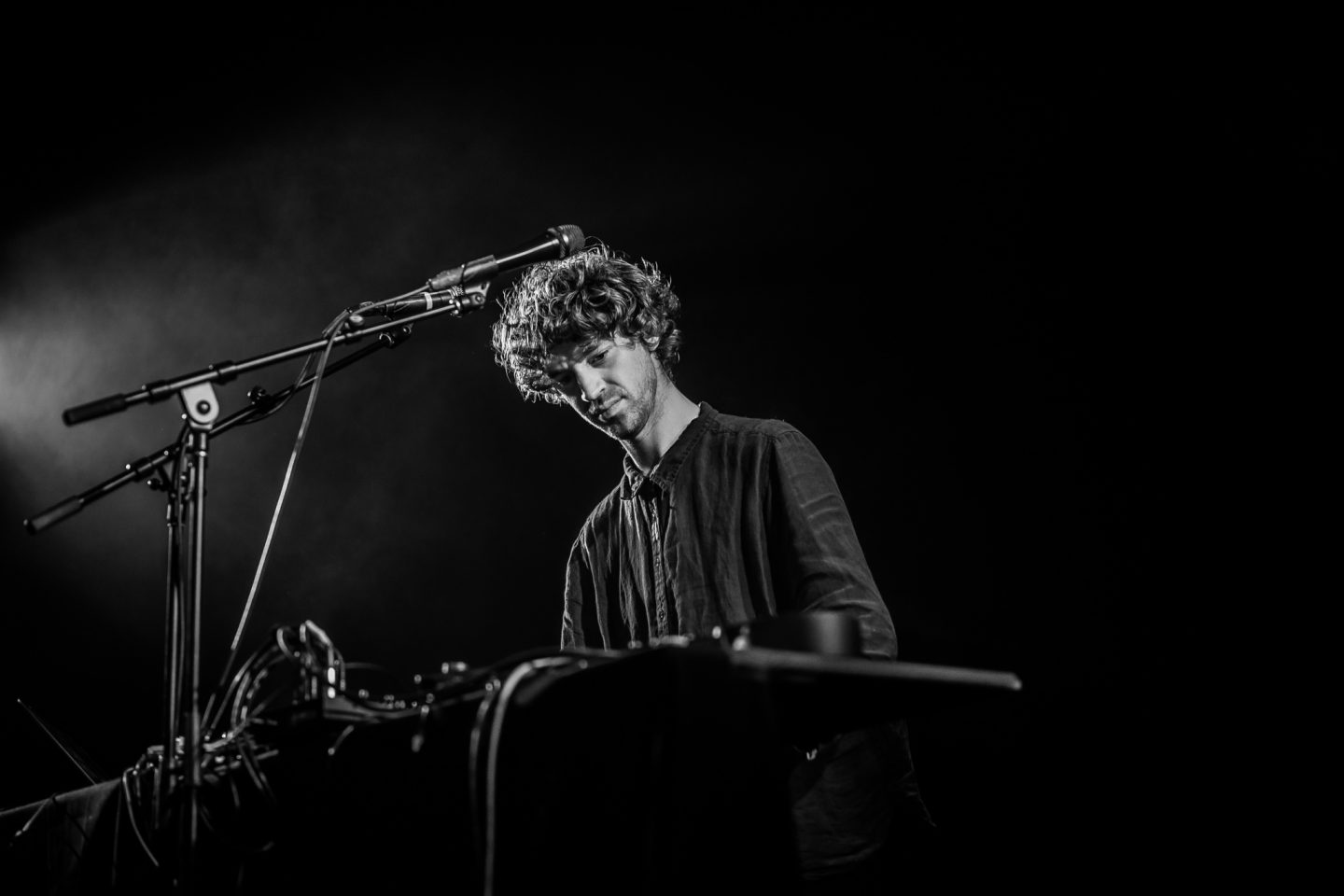 Sometimes, shows can be very personal, even if you don’t expect them to be. And the only way to write about them is…well…personal. So here we go.

I have a few confessions to make, totally unrelated to the concert I’m about to describe, or so it would seem. First, I happened to have a free Tuesday this week. Not a given for a mother of two and spouse of one. Second, I have a friend who calls himself Cosmo, a dude from Southside Chicago. Utterly irrelevant to what will follow, but how many Cosmos does one know, right? Third, I enjoy going to Lincoln Hall. I’ve been shooting photos here on quite a few occasions, and for many obvious reasons, I’m madly in love with this place.

Put these three together, and the result is anything but extraordinary. Except when a British multi-instrumentalist and composer named Cosmo Sheldrake just happens to perform at Lincoln Hall that particular Tuesday evening. “Evening” is a deliberate word choice. I might have written “night”, but that would have created a somewhat misleading characterization of what my expectations were (spoiler alert: they turned out to be totally inaccurate). You see, I thought I was going to cartoon soundtrack show. Get online right now and check if you had come to a different conclusion. “Come Along” (as many other Cosmo Sheldrake tunes) sounds like a sonic backdrop to “The Nightmare Before Christmas.” Hence, I was anticipating an evening of playful kids’ songs.

Silly, right? You bet, although the show was as playful, as it was spiritual. “Much of Sheldrake’s work is concerned with improvisation, nonsense, and the sonorous environment,” Cosmo’s Wikipedia page explains. And Guardian, a major British newspaper, half proves my earlier point: “He perceives the daily world around him, definitely with a child-like curiosity and wonder but also with a fair measure of genius.”

Both descriptions are correct. The 28-year-old multi-instrumentalist mixed nature recordings (wolves, birds, etc) with electronic beats and loops, filling Lincoln Hall with energy I rarely witness at any gig. It was like a meditation of sorts, making the whole strikingly personal, as it should have, at least for a mother of two and wife of one, on a free Tuesday night.