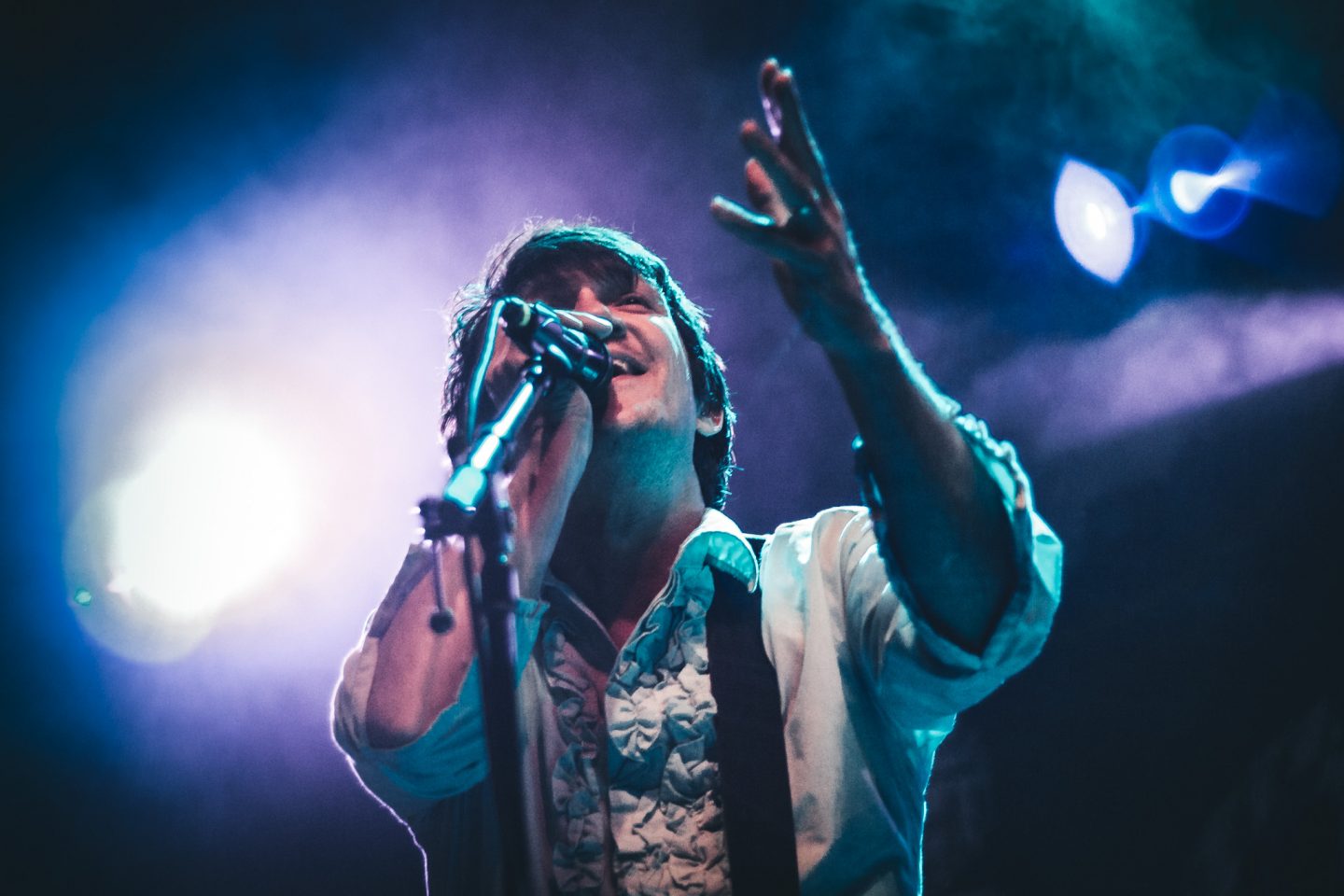 Cursive…indie darlings from Omaha. 20+ years in, they’ve ticked off a lot of boxes…from being enigmatic and elusive, nodding to Fugazi, doing the Saddle Creek thing, starting, stopping, changing band members, starting their own label, staying true to their gritty roots, maintaining a loyal base and finally bringing it back with a new record.

To be truthful, there was nothing spectacular regarding the show itself. No dig on the band here at all, but more of that there didn’t have to be anything spectacular. Every musician on that stage, carried themselves with such swagger, comfortable professionalism, precision and razor sharp delivery. The band was on. The sound was quite good. Tim’s voice was well, yup…that beautiful sneer and snarl buttressed with tender and gorgeous raspiness.

“It’s Gonna Hurt” and “Ouroboros” happened at song 4 & 5, new material notably comfortable right in there with the back catalog items. “The Casualty” made it feel Y2K again…man that early 2000’s screamo is so great. “Into the Fold” was a great backdrop to accompany this photographer / writer to the beer line. Turned around just in time to note this adorable interaction with the audience: Tim says, “Those were our songs so far. How’d it go?” The crowd says fine with their most unruly not-inside voice, including quite a few indiscernible hollers, probably heckles. Perfect for a Cursive show. Was hoping to see some body surfing, but alas it wasn’t to be.

A whipsaw effect is created by going deep, 20 years deep. “We’re gonna play a song and it’s so old,” Tim says, before loading up and launching “The Rhyme Scheme.” That’s a 1998 track fyi, which ends up setting a nice prelude to what some may say is their big dog “The Recluse.” “Oh christ, I’m not that desperate am I? Oh no – oh god I am.” Everyone seems to bond over the apparent self pity. Tim exits the stage to the sounds of the saddest electric cello, a nice mod to the traditional ending of this track. “Sink to the Beat” seems to be a crowd favorite. I tend to agree. It’s a track that seems to epitomize Cursive and bring its huge “sink to the beat” ending.

With a catalog spanning two decades, it might be hard to know where to start for the uninitiated. “The Recluse” from 2003’s The Ugly Organ would be an excellent encapsulation of not only Tim’s snarky, storytelling writing style, but also the texture and quality of his voice. You also get a great example of the sonics of the band including that characteristic cello and male / female vocal interplay that helps give these stories their wings. For further reading, try “From the Hips.” If this song doesn’t make you want to thrash around the room like a damn freak, maybe better to check the Easy Listening section.

Well, hold on bucko, you’re gonna have to go find those tracks on your own. Because we’d rather serve you up some new brew. Without further ado, here’s “It’s Gonna Hurt” from their latest, 2018’s Vitriola. It’s got cello, shrieking guitars, gut wrenching lyrics and a shit ton of tension. “You know it’s gonna hurt” Tim hollers from what sounds like a windowless upstairs bathroom. Close your eyes, then open them up again, to notice all your hairs standing on end. Cursive is back.

Enjoy some Cursive concert photos while getting your sneer on…

The musicianship on stage was rather amazing! And the two front men proved to be quite the comedic duo.