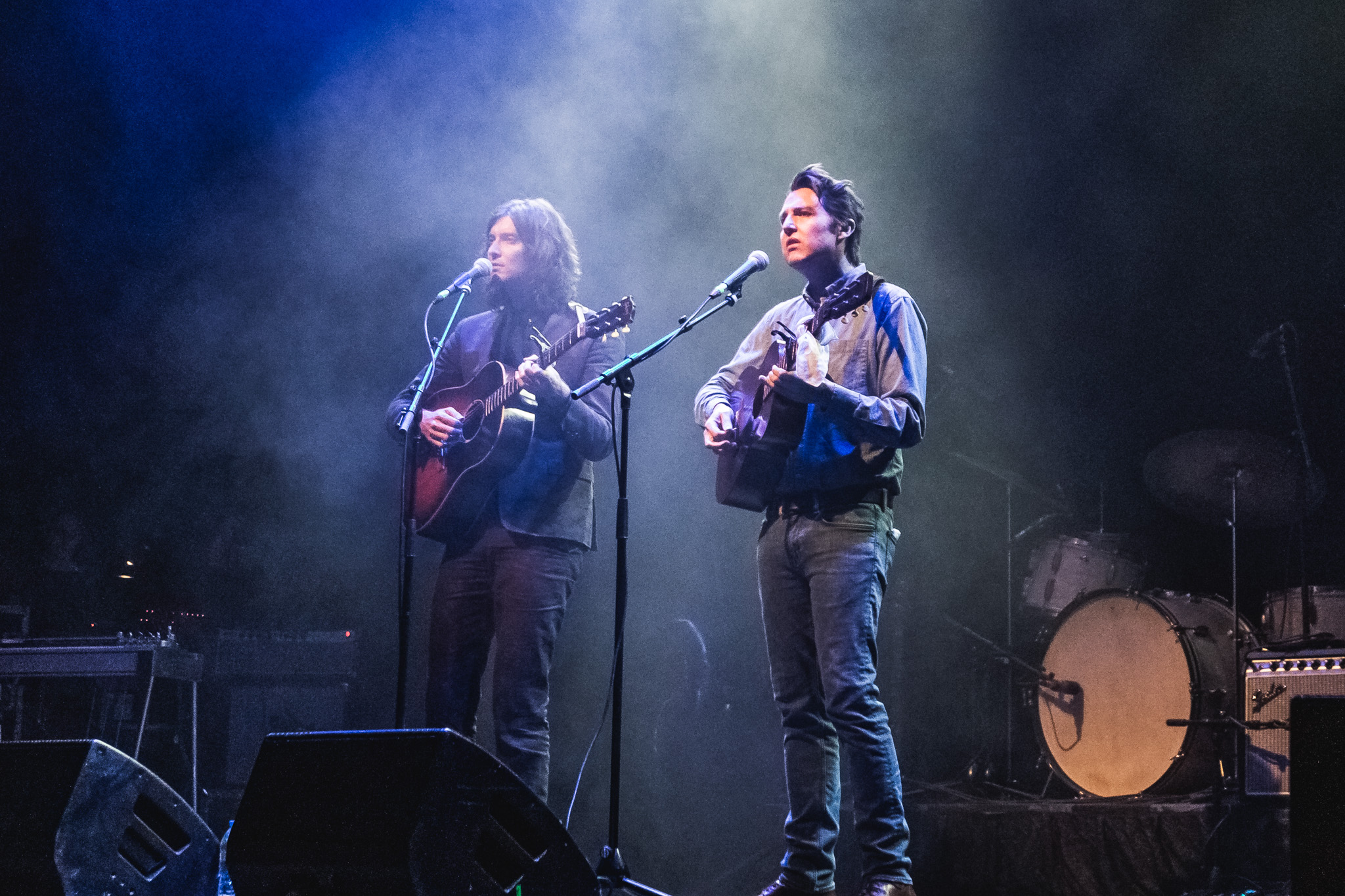 I would have to say that, personally, The Milk Carton Kids had a tough act to follow. It seems the genre is a bit different and therefore slightly less engaging for me.

However, the talent was amazing! They opened with a nice acoustic number, followed by the entrance of the entire crew filling up the stage. They had a sit-down guitar (for which one needs two arms, two feet and a knee to play), a handheld piano (looks like an accordion) and a 5-string violin, along with guitars, bass and drums. Very tight sound. And it seems the audience enjoyed the brief interludes with heartwarming kitchy banter between the two front men.

The 6th number in their set, As It Must Be, began with an extended upright bass intro before continuing on with the full band. Drama and tension was high in their recreation of this deep cut. Take a listen here to the original version, from 2011’s Retrospect. This even predates their The Milk Carton Kids name, as it was actually released under their own names, Kenneth Pattengale & Joey Ryan.