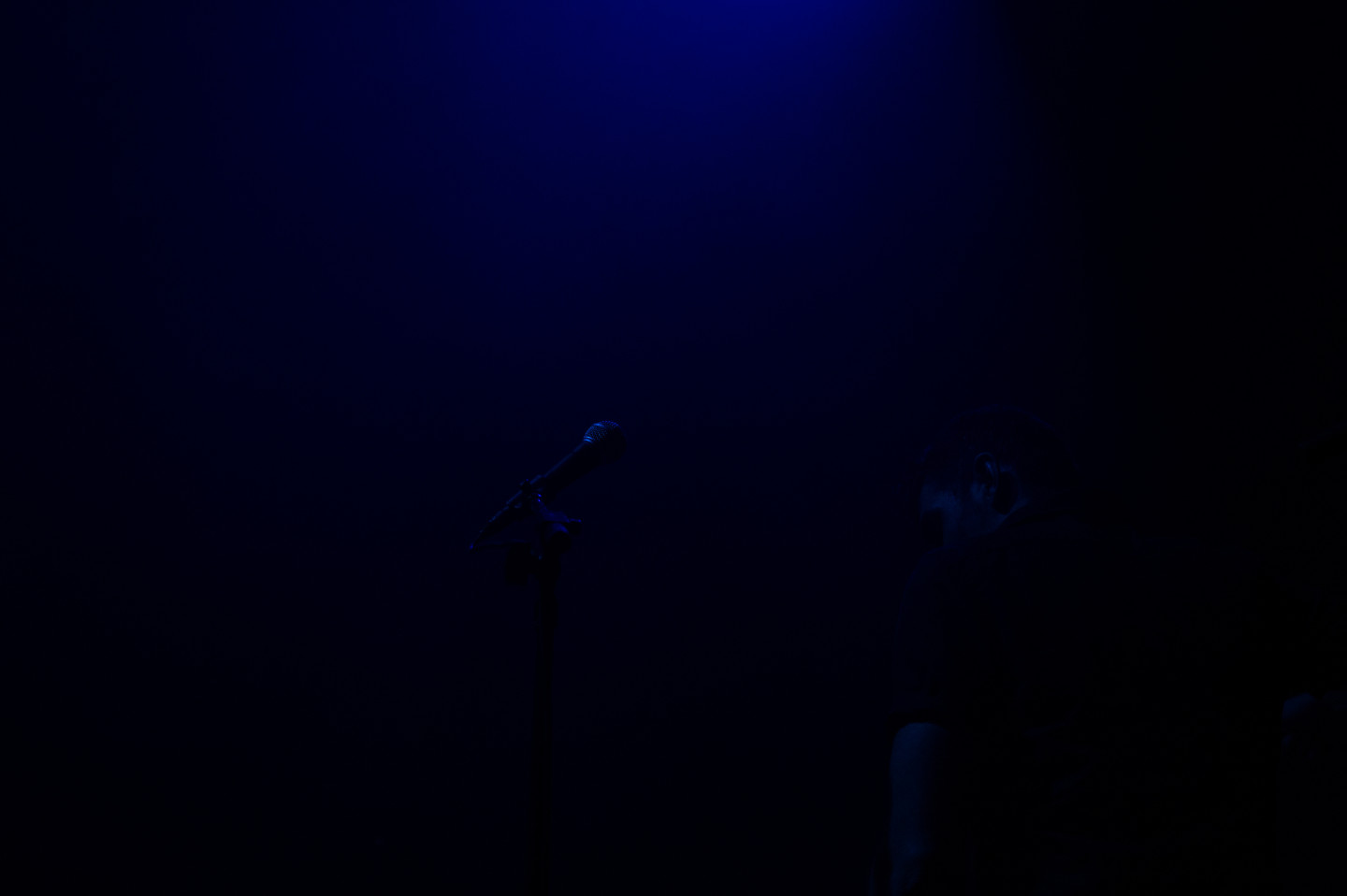 Standing on the corner of Belmont and Sheffield, a girl with concert ticket in hand asks me, “I’ve never seen a show here, what’s it like?” I simply reply, “Picture being at Storytellers, just a bit bigger.” Her eyes light up with delight as we mosey on into the venue. Inside, it was dark, musty and foggy… a nice setting for Daughn Gibson’s enchanting set.

I love when your first major experience with a band is at their live set. It just adds to the anticipation of what to expect. On Gibson’s first note, I couldn’t tell if it was a dusty old Johnny Cash record or B-Side track of Jim Morrison. His voice was distant; it felt like he was a thousand yards away. Well, he wasn’t. Daughn Gibson stood tall. Daunting stature, towering over his Casio keyboard which was small enough to fit in a shoulder bag. Every chord was rustic. Music for the old soul. Every note carried a hollow sound, the kind you would hear in an empty church. Each track was short & sweet. Nothing was overproduced. The gaps in the music struck well in addition to the words and notes that were played. I imagine him writing these lyrics on a bar napkin while sipping a glass of whiskey by himself. Walking around The Vic, you can feel the energy in the walls. The place was smoky, much like it is for Citizen Cope or Amos Lee shows. The crowd on the floor was swaying back and forth with light chitter-chatter, the crowd up top was sitting down… strikingly attentive.

For having it together as much as Gibson does this early in the game, he’s definitely going to break through. Actually, he already has. I mean, Gibson was opening for Yeasayer. Time for me to get with the program. Don’t worry if you sleep on buying his music, you’ll be sure to hear some of his music on a movie soundtrack. Soon.

The Joy Formidable at The Vic Theatre