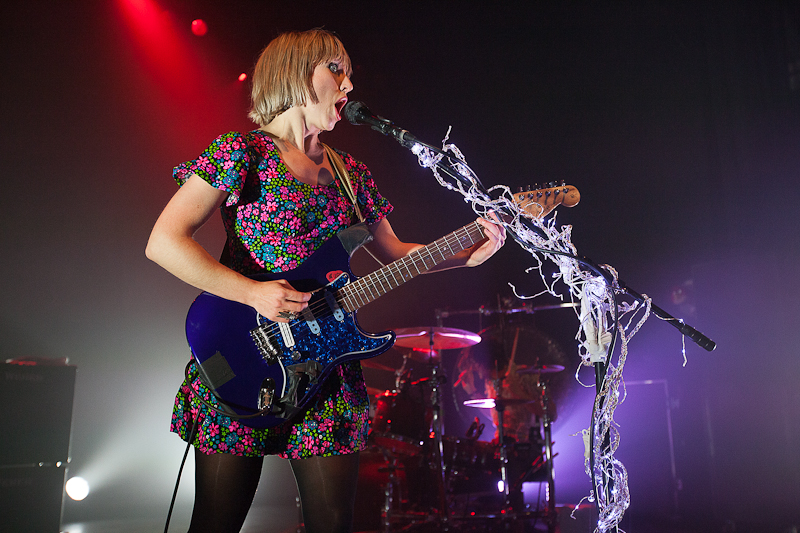 The Joy Formidable at The Vic Theatre

Formidable is not a word that you would naturally associate with this trio from North Wales when you them judge by appearance alone. Ritzy Bryan, Rhydian Dafydd and Justin Stahley could be mistaken for hipsters and you would be wondering if you were going to be subjected to a night of gaelic folk music on the softer side of the Dropkick Murphy’s.

Bryan bounced out on to a suprisingly sparse stage (the drums were set up to the side, instead of dead centre) and greeted the crowd with a, yes, joyful wave and they launched straight into their first song Cholla, the second track of the newly released Wolf’s Law. Formidible, however, is how I would describe their music.

Bryan’s voice cuts over the wall of sound and, coupled with the space they give themselves on stage along with the graphic show behind them, it gives you the feeling you are in an arena rather than a little old theatre in downtown Chicago. Bryan chatters away to the crowd between songs and, along with bass player Dafydd, charges around the stage obviously just enjoying being there themselves bringing that intensity you crave from a live show. Not having been a fan walking into the show, just from not having listened to them previously, I was compelled to purchase their new album and left their newest fan.