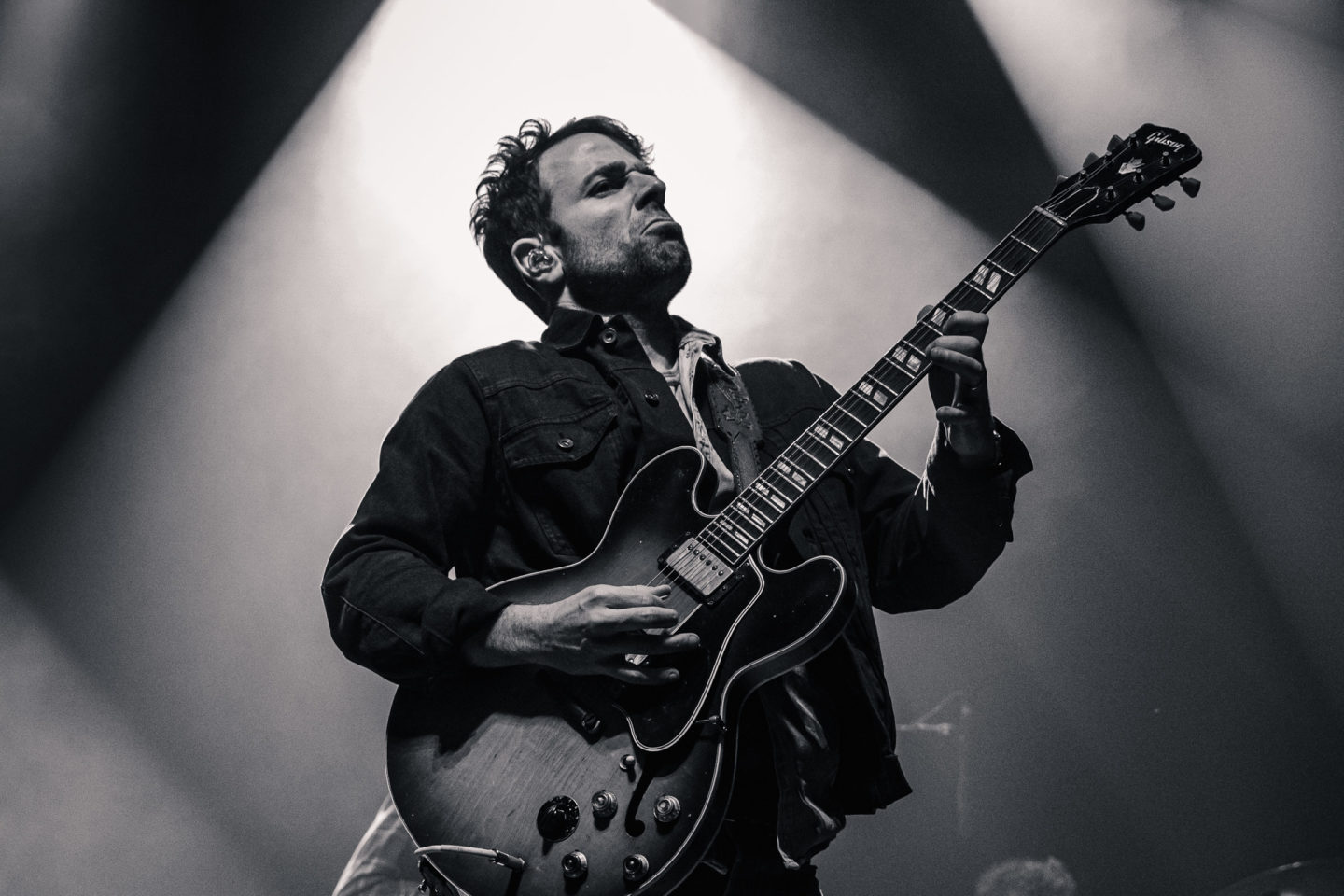 Dawes at The Vic Theatre

There’s such relatability and nostalgia to Dawes’ lyrics that when frontman Taylor Goldsmith belts out lines like “so pile on those mashed potatoes, and an extra chicken wing” or “I hope that life without a chaperone is what you thought it’d be” the crowd responds in a fever comparable to an anthemic guitar solo. The band’s 17 song set at Chicago’s Vic Theatre included tracks from all of their seven LPs and never fell short of such sentimental moments.

Opening with “Still Feel Like A Kid” off their most recent album Good Luck With Whatever, Goldsmith wasted no time to connect with the mostly 30-something crowd. What has become a familiar formula for Dawes’ songs, each verse touched on the trials and tribulations of growing up and then built to a catchy hook “still feel like a kid, ba, ba, ba-da-da”.

This signature formula was most impressive halfway through the set when Goldsmith introduced a brand new song called “House Parties.” Described by the singer as a song about “the fatal flaws with family vacations”, the acoustic number touched on the realities of traveling with family. Hearing it for the first time, the audience listened tentatively and would then burst into laughter and cheers after Goldsmith delivered lines like “don’t want to see Disneyland, beer bellies or farmer tans” and “you don’t find the good stuff on guided tours”. The song’s chorus brought the loudest response when the singer proclaimed “house parties and local bands, that’s where I belong.”

The band also launched into fan favorites throughout the set including “Things Happen” and “All Your Favorite Bands.” Emotions filled the theater during “A Little Bit of Everything” as Goldsmith listed the heartaches we can all relate to: ”it’s the news at six o’clock, it’s the death of my first dog, it’s the angels up above me.” But nothing quite compared to the explosive response to “When My Time Comes” from the band’s debut LP. Every time the chorus hit, the crowd transformed the simple “oh oh oh oh” lyric into a beautiful and near deafening roar.

The almost two hour set was everything you could hope for in a concert: a perfect mix of songs from the band’s catalog, an energized crowd, an engaged band, and a sound so big and clean it’s impossible to not argue that Dawes hits even better live.