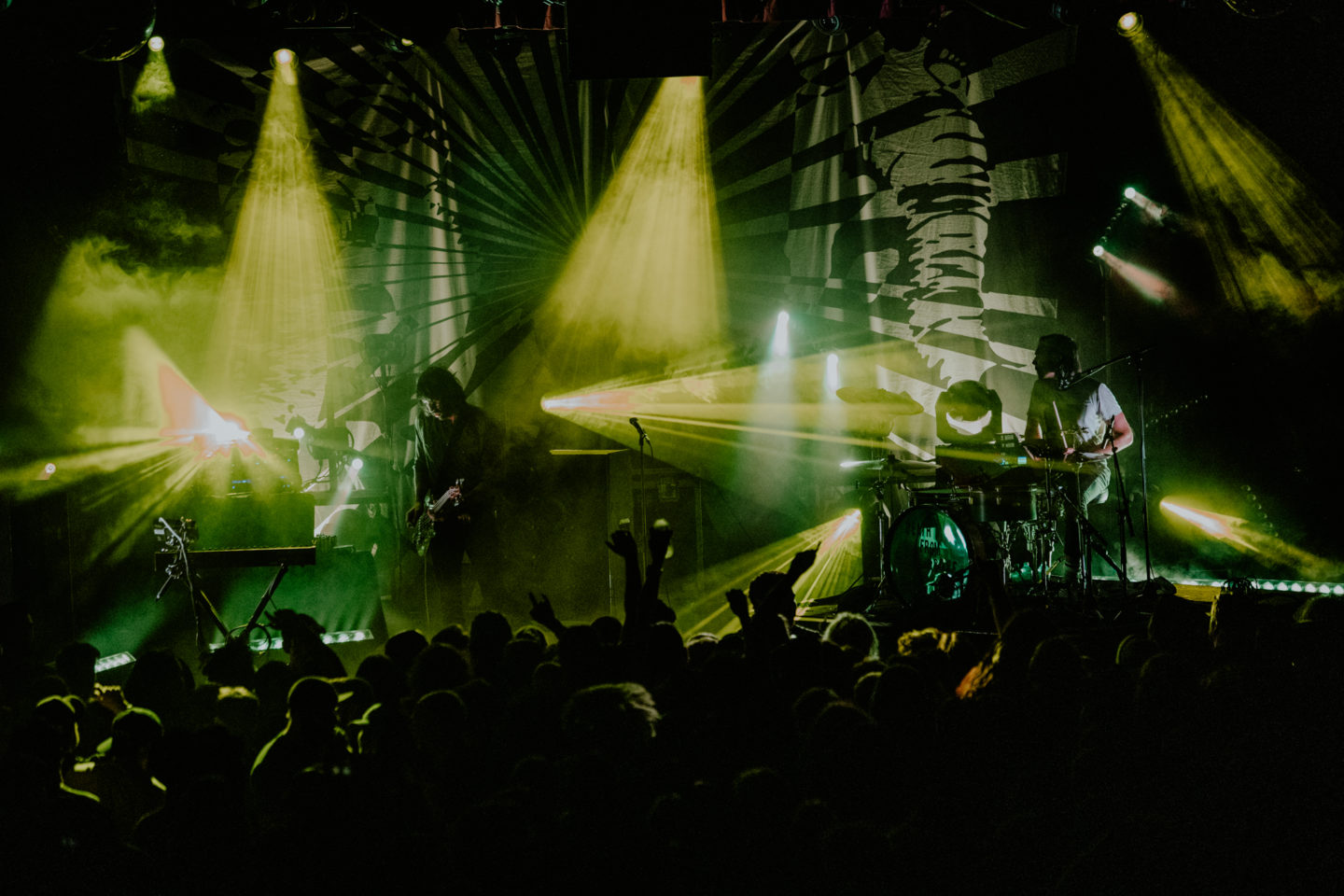 Death From Above 1979 at Commodore Ballroom

Filing into the Commodore Ballroom in Vancouver on October 24, I had no expectation of what was about to happen. I had been a casual fan of Death From Above 1979, sporadically listening to albums after falling in love with their radio hits, and their live show had become a bucket list entry of mine. Spoiler alert, I was not disappointed.

From the get-go, I was stunned by what I saw. The radio doesn’t tell you who is doing what, so when I saw the lead bass (which I always just assumed was an electric guitar) led by a vocalist behind a drum set, I couldn’t contain myself. There’s a feeling when you listen to Death From Above that whenever anyone told them to go right, they chose left in defiance. Their whole vibe is unique in the music industry, and that is why they are so captivating.

The opening riff and drum fill to Modern Guy kicked the whole show off and set the tone for the evening.  The crowd was ready to rock and their fans are an especially devoted group. Frontman, Sebastien Grainger, quipped to the crowd, “Who’s been here before? Why do you keep coming back?” He shortly responded to himself, “Even when we try to make something shitty for the label we can’t help but make it fucking awesome.” This would almost feel egotistical if they didn’t back it up with the goods. Each song in the DFA’s catalogue hits hard, and somehow can catch you moving and yet also standing still, lost in the sounds that they produce. They’re not punk rock, they are definitely punk rave. The songs mesmerize you into a groove that you never thought possible with this much distortion

This otherworldliness is due to the sheer creativity of the duo. Jesse F. Keeler creates sounds on his bass that no human has heard before. It is dirty and cosmic at the same time. He clearly has taken hints from the garage rock legends who preceded him, but added to his soundscape through his pedals and play style.  The gearhead in me would love to deep dive into his approach to his tone, as it would clearly be a master class.

Grainger, however, will not be outdone. Beat for beat (literally), he sticks tightly to the riff-laden structure Keeler lays down. Grainger has a fast, crisp, and aggressive style on drums that complements the deep bellows and high squeals of the bass. Just like his bandmate, everything Grainger does is somehow familiar yet slightly askew. His play style feels so classically punk, yet the timing is always slightly unexpected. This would be all good enough for any drummer to be proud of, but on top of that, Grainger also is the lead vocalist. He belts these incredible lead melodies while supporting that with his incredible rhythm.

At the end of the night, it was clear why these two are so beloved, because they are so far beyond what anyone else does in the industry, and yet no hint of toxic bravado in any aspect of their performance. They are two musicians who care deeply about creativity and passion, and that is what they displayed for all to see.

Death From Above 1979 at Metro