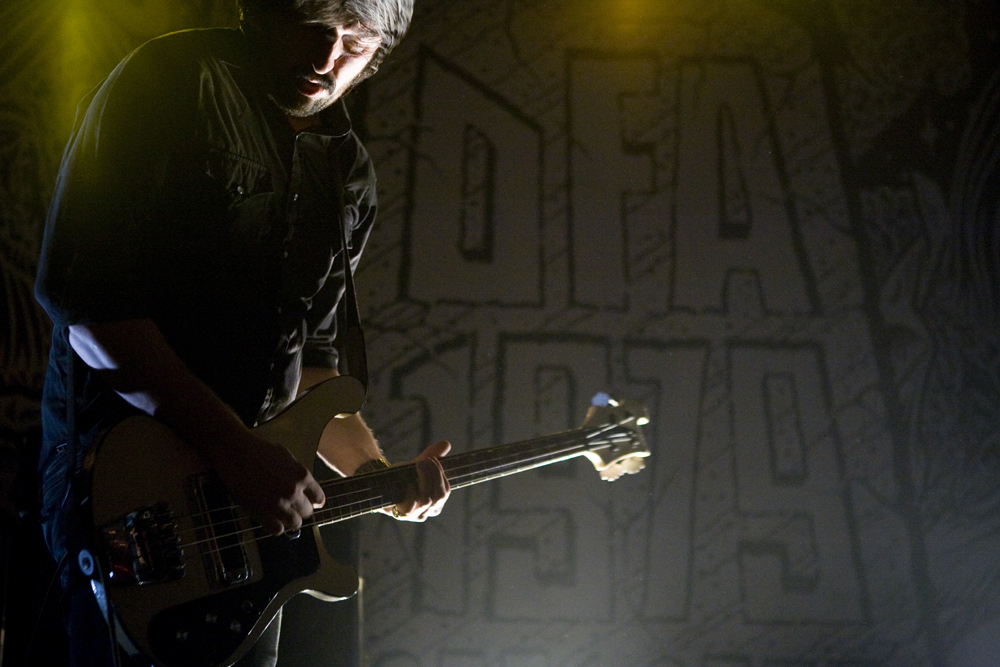 Death From Above 1979 at Metro

Death From Above 1979 has been on hiatus for five years, but you never would have guessed that if you somehow managed to stumble into the sold-out Lollapalooza pre-party show at Metro on Thursday night. Dance punk, especially the specific formula that DFA 1979 makes, has the shelf life of a Twinkie. In other words, there really is no expiration date (screw Snopes, Twinkies never expire). A five year hiatus didn’t dull the sensory overload or the audience reception at all.

Between the brain rattling and the face melting, it occurred to me that the only way to describe DFA 1979 is no holds barred. It’s complete and utter madness. Sweet, glorious, ridiculous fucking insanity packed into synths, a bass, a drum kit and two seemingly angry vocalists. This is the sonic definition of what punk should be. If you don’t like it, that just means there will be more space in the pit for everyone else.