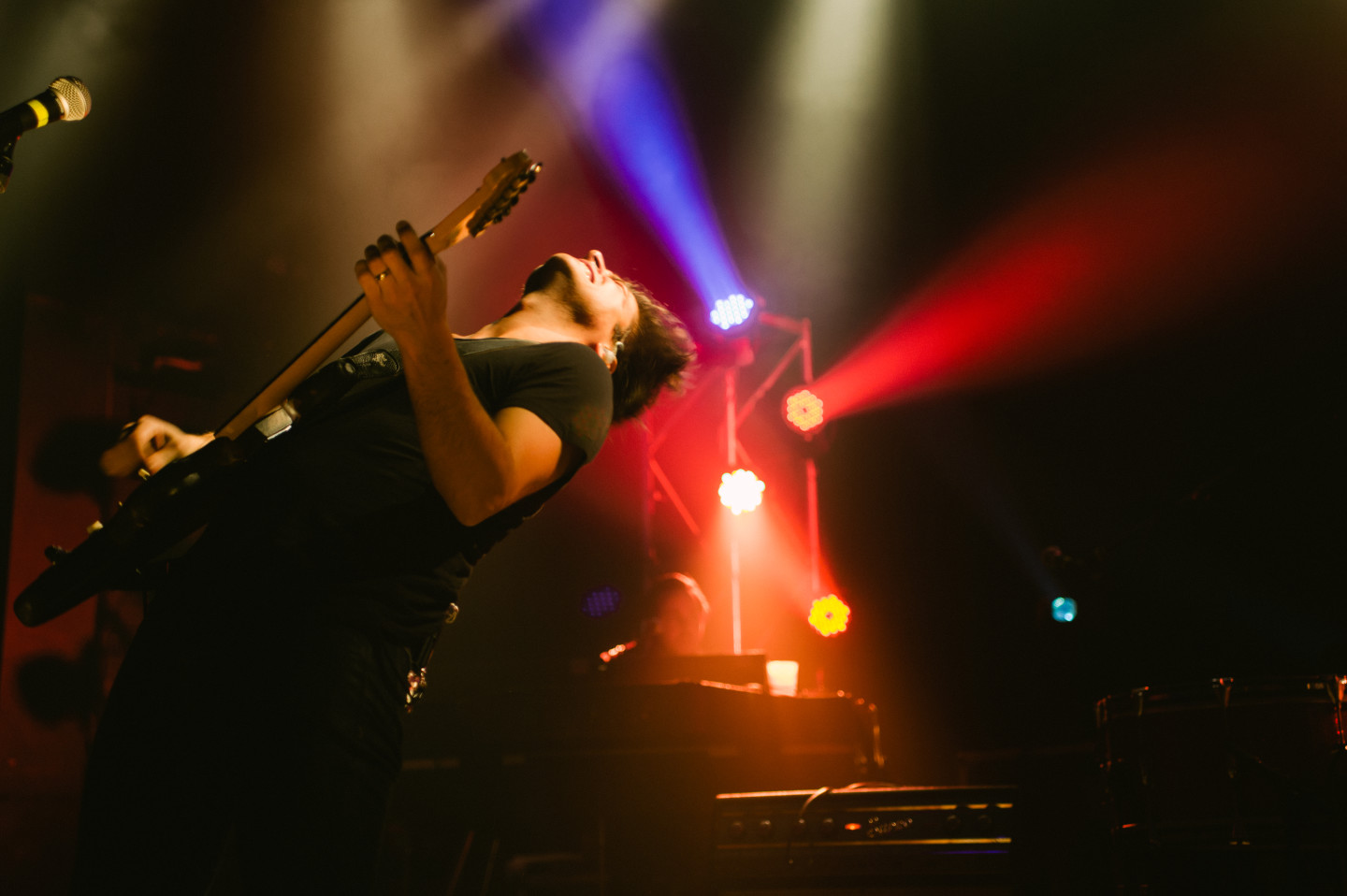 Matthew Vasquez is one of those guys who doesn’t look like he sounds. He looks kind of like a Texas version of John Stamos, donning an expertly quaffed, windblown haircut and a slightly exotic flavor of swagger, all while sporting some denim and a black t-shirt. He’s both unremarkable and attention-grabbing at the same time. His voice, on the other hand, defies explanation and betrays his appearance. One might expect a crooner from a guy like that – a dude who hangs in lounges or plays over soft acoustic rock ballads in coffee shops.

What you get is a sometimes shrill, sometimes earth-cracking, powerful audio machine. If Janis Joplin never really smoked and had a son who wasn’t into psychedelics himself, this might paint a better picture. How Vasquez’s windpipes don’t melt beneath his commanding vocal grenades night after night is beyond me, but I won’t question the guy’s methods – he can throw down with the best of them.

And I haven’t even mentioned the rest of the band yet. For the uninitiated, Delta Spirit is a five-piece unit originally from San Diego (now operating out of Brooklyn) consisting of Vasquez, Jon Jameson, Brandon Yung, Kelly Winrich and William McLaren (who replaced Sean Walker). While they emerged from a desire to play folksy, rootsy rock (and succeeded in doing so on their debut LPOde to Sunshine), they’ve expanded into much bolder territory on their follow-up albums History from Below and, more recently, the self-titled Delta Spirit.

So when they hit the stage on a frigid Monday night in Chicago, my expectations were high. They were also immediately surpassed.

Vasquez solicited the crowd for claps and sing-alongs from the very first song, which catapulted the set forward with force, energy, and charisma. These guys aren’t just geniuses of songwriting and live performance (and they most certainly are that), they’re also so goddamn likable. Call it what you will – stage presence, personality, magnetism – whatever it is, they have it in droves. It’s omnipresent when they play. It leaks out of their wall-to-wall warbly riffs. It’s embedded in the double-percussion, which, instead of feeling excessive, settles right at home beneath the dense cloud of sound. And it bleeds from their unrelenting on-stage bombast. They are just a joy to watch.

Delta Spirit cycled through every energetic song in their repertoire with only a few moments to pause. As they carefully wove together rhythmic layers, atmospheric drones and anthemic melodies, I was immediately impressed by the pitch-perfect tenor of their pure musicianship. They emphasize Phil Spector’s infamous “Wall of Sound” philosophy, filling every nook, cranny and frequency with trembling audio. Songs that sound complete on their albums sound monumental in person, even on a track like “Children,” which they performed in their encore. This song is down-to-earth and honest on Ode to Sunshine, but before a crowd it felt like a revelation, bordering on the spiritual. A transcendent quality isn’t foreign to their music – they had just ended their main set with “Trashcan,” which seamlessly fused gospel and punk sensibilities into their sound. It shouldn’t work, really, but they couldn’t be stopped. If anyone wasn’t dancing by the end of this show, I certainly didn’t see them.

You’ll have to forgive me for going on and on about how great their set was, but it was just that inspired a musical experience that the words simply escape me. Having explored an endless list of genres, having mastered the art of the live performance, and having unleashed three albums upon the world, each as great as the last, one can only wonder where the band can go from here. After a show like that at the House of Blues, I left assured knowing they’ll think of something.