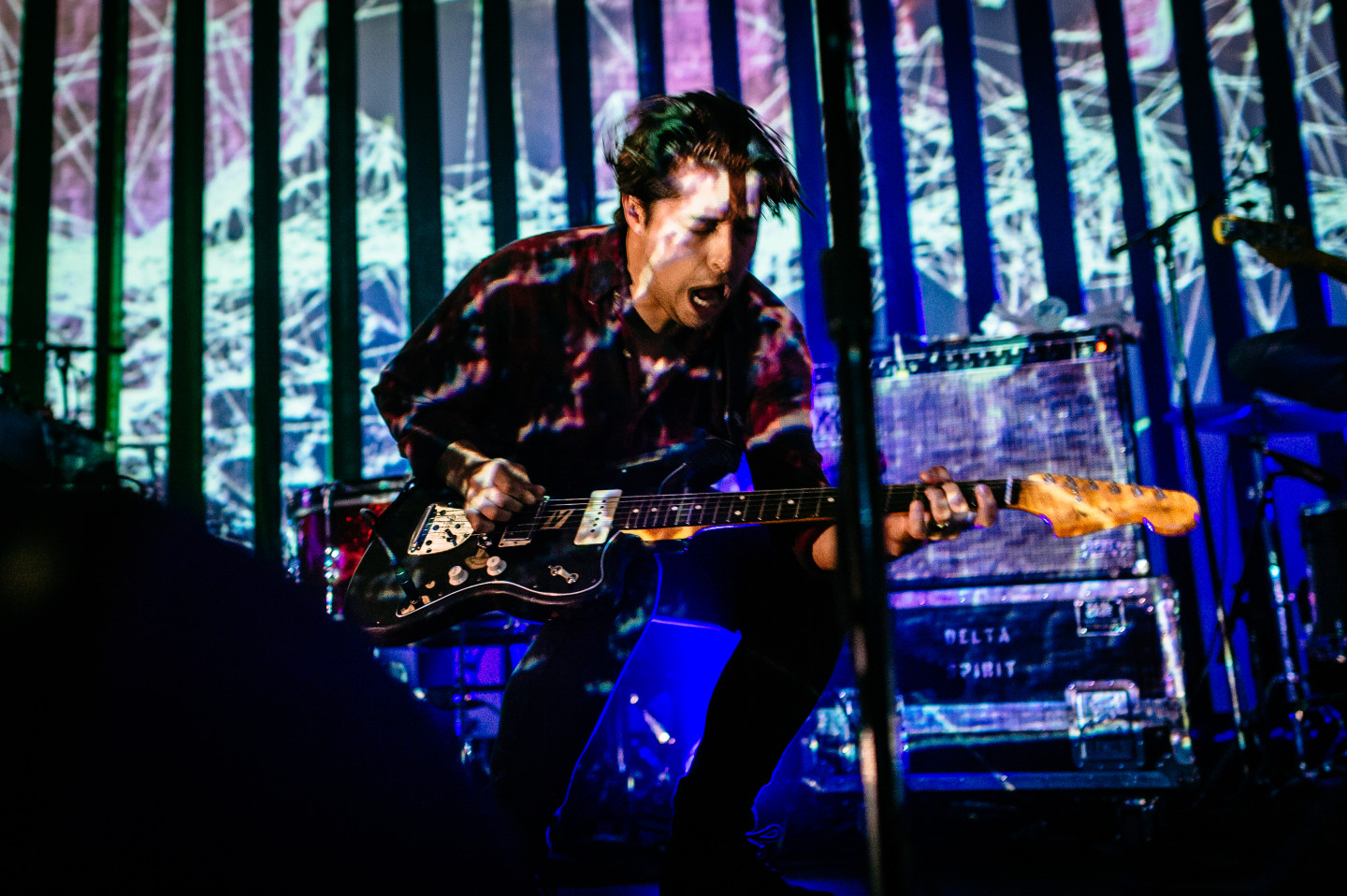 Somewhere between noticing a stained glass window of the Greek god Neptune and watching lead singer, Matt Vasquez flail on stage I knew the night wasn’t going to be dull. Delta Spirit’s slightly deranged energy fits in oddly well with Neptune Threatre’s 1920s historical charm. Behind the band played a series of repeating images on narrow white strips creating an interesting abstract effect that added to the bizarre ambiance in the venue. Whether Vasquez simply had too much to drink, or is just a natural performer is yet to be determined but either way the crowd was eating up the routine (or lack thereof).

What sets Delta Spirit apart from other indie-rock bands is their passion and honesty. Despite the fact that they’ve performed in front of thousands the band still seams down to earth as they tell various anecdotes before each song and really interact with the audience. Jon Jameson and Will McLaren seem to transport into different dimension as they perform, and Vasquez is constantly animated as he plays his guitar above his head, or gives the audience a high kick of enthusiasm. The dedication that is put into their individual crafts translates almost poetically when they are together on stage.

Now I see of the songs “California” and “Into the Wide” in a completely a different light than before hearing them live. Witnessing the band play these songs as the crowd danced and sang along felt like the ending of a great movie as the camera switches to an aerial shot and fades to black. Unlike many bands that work so hard on their image, Delta Spirit seems to focus on what it is really all about, which is writing music about life.