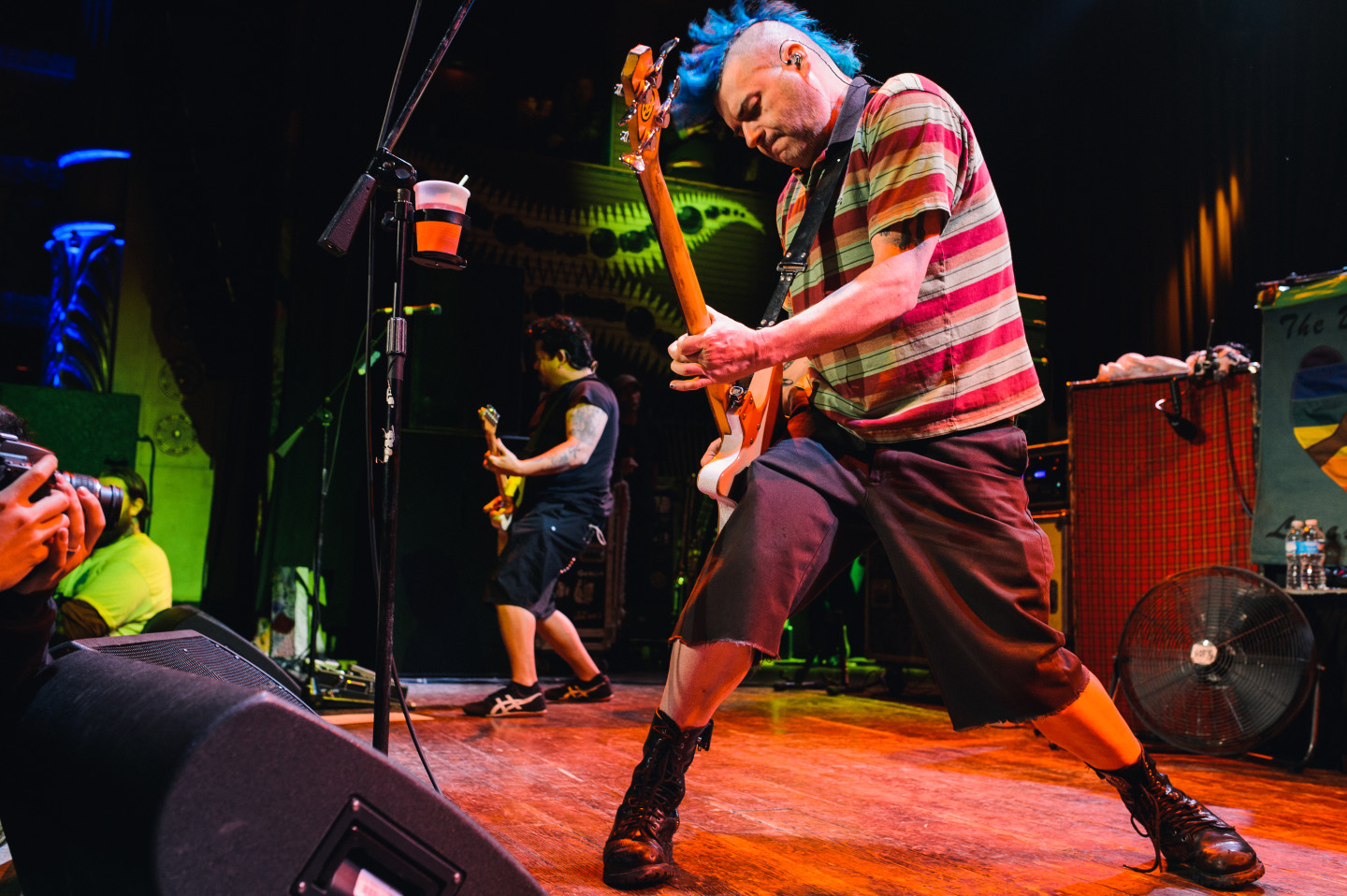 30 years of punk rock under their belt. 30 years of driving drum grooves to help entice a mosh pit. 30 years from their birth and NOFX is still producing musical mayhem. Fat Mike took no time to entice the crowd into a rage. Playing the antagonist with his words resulted in a sea of middle fingers to the stage. Whole heartedly knowing he was just preparing the audience to let loose once the music kicked off. As soon as they worked through the “introduction” of “60%” their surging tempo kicked in for the first time sending much of the crowd swirling near the front of the stage. This would be the scene for much of the night.

Empty cups, shoes and various other items went flying around the House of Blues during each and every song. Destruction wasn’t all Chicago was good for. From literally lending their hands and clapping in time during “72 Hookers” to chanting each word to “Murder the Government” all hands were on deck for the show. The first portion of the show was just a warm up for the quartet performing “The Decline”. The 18 minute composition weaved in and out of mood changes, albeit mostly upbeat. This was no marathon. It was a sprint from front to back. The group put their largest energetic foot forward for this one. I was surprised it was played as deep into the set as it had been but they pulled it off to quite the satisfaction from the crowd.

The quartet had plenty of material in their back pocket and showed to everyone on that night they still can command a riot. The night was more about energy and emotion than anything else. The music was there but that was the least of my concerns. They crowd ate up everything the band was serving. From witty banter to undisguised ripping on the audience they didn’t just entertain with music. Their message still resonates with their audience and I don’t see that changing anytime soon, even after they hang up their gear.