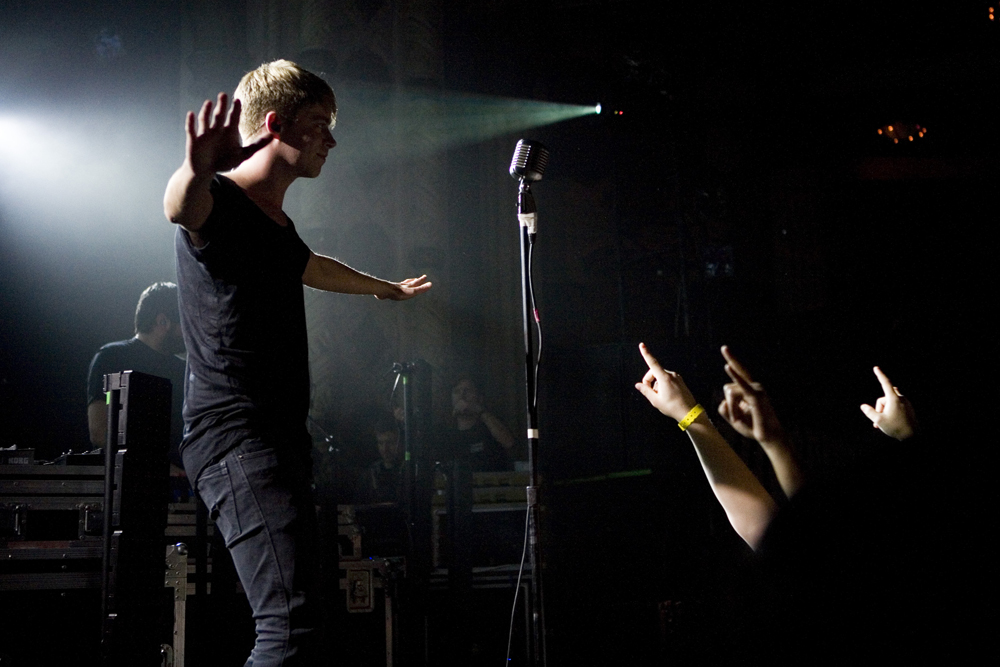 There are a few things you can expect to see at every Digitalism show: copious amounts of booze, a light show that has a coin flip chance of inducing epileptic seizures, a bass line that will probably give you a migraine, lasers and Lost In Concert. We love Digitalism. There’s just something about a crowd undulating in unison with a shaking floor to music that isn’t dubstep that gets us a little… excited.

Standing in the lobby of Metro before the duo that is Digitalism went on, we were practically assaulted by Jägermeister girls. Apparently this tour was sponsored by Jäger, which makes sense given the fact that Digitalism was just here in August. Jäger is a phase most of us have grown out of, but if it means another chance to catch Digitalism–in a more intimate environment, no less–we’ll choke down the licorice firewater for an evening. But I digress.

The Digitalism show at Congress was great. It was like an orgasm encoded into 8-bit. But that show played Scottie Pippen to Metro’s Michael Jordan when it comes to Digitalism. There were no breaks between songs. A completely revamped backdrop featuring the I Love You Dude heart duplicated to look (maybe unintentionally) like alien robot eyes. A skyline of pulsating light towers illuminated by the drops on “Blitz” and the ominously hanging eyes in the back. Oscillating beats punctuated by vocals filled with pangs of pure exhaustion. Ten minutes of Digitalism live is more concert than most artists can pack into a full hour. Which is exactly why we’ll be back every time to let them melt our brains.